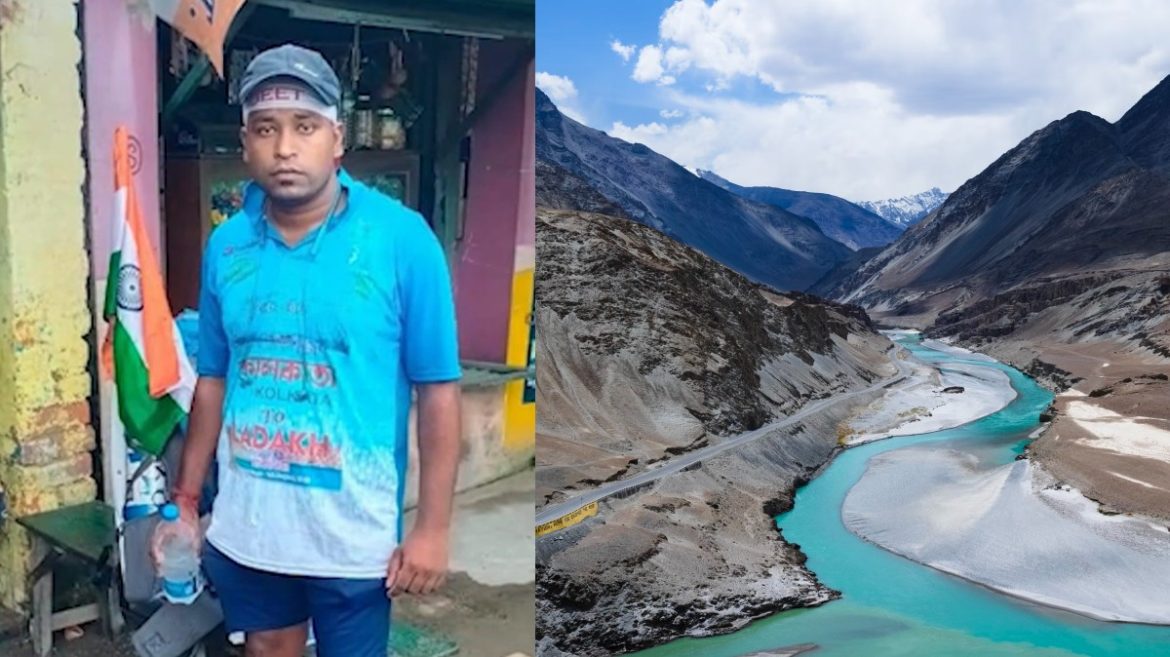 If money cannot buy you happiness, dedication surely can. Prasenjit Paul from Kolkata is now finding joy in travelling all the way to Ladakh from Kolkata on foot. Prasenjit, popularly known as Jeet, works as a food delivery agent. He has already travelled to places like Darjeeling and Gurudongmar Lake in Sikkim on his bike. But he felt that due to the rising fuel prices, a bike ride from Kolkata to Ladakh might be a costly affair. But that did not make Prasenjit give up on his Ladakh trip. He started walking from Howrah bridge on August 3 at 5:30 AM and is set to cover a distance of around 2500 kilometres. He is targeting to complete the trip in 90 days. He will cover places like Varanasi, Lucknow and Manali on the way.

Prasenjit Is Passionate About Travelling

Prasenjit hails from Chandannagar, the erstwhile French colony of West Bengal. Also, he is walking with a purpose. Through his mission, he aims to promote environmental protection and plastic ban. He has been riding bikes for a long time now. He rides his bike every day to deliver food to the customers. He dreams of travelling abroad someday too.

Earlier this year, a tea seller in West Bengal named Milan Majhi had embarked on a Ladakh trip on foot. Milan’s family couldn’t buy him a bike due to financial constraints. Like Prasenjit, Milan too had started his journey from Howrah bridge on February 22. On May 15, he arrived at Ladakh’s Khardungla Pass. Milan was walking a distance of around 30 kilometres every day during his trip. According to a Times Now News report, Milan had crossed Jharkhand, Bihar, Uttar Pradesh, Uttarakhand, Haryana and Himachal before finally reaching Ladakh. He had covered the journey in around 100 days.