Temples are a huge part of our country’s history, heritage and culture. Especially, the southernmost part of the country is known for its rich and magnificent temples. And we’re sure you’d agree that most of them are architectural marvels! We’ve found another such temple ‘The Brihadeeswara Temple’ at Thanjavur in Tamil Nadu which is the world’s first all-granite temple. Bangalore also has a lot of exquisite temples that you must visit. 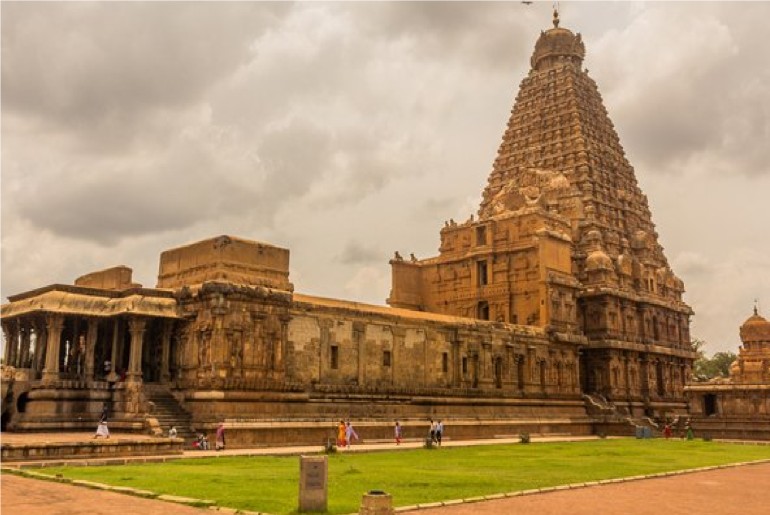 Brihadeeswara Temple In Tamil Nadu Is Over 1000 Years Old

Brihadeeswara temple in Tamil Nadu is over a 1000-yr old temple dedicated to ‘Natraj’, the dancing pose of Lord Shiva. This temple is a tribute and a reflection of the power of its patron Rajaraja Chola I. Like other temples, it was also built to serve many functions. The walls are high, and the entrance of the temple is built like a fort along with a moat. The temple is made entirely of granite and was built using 130,000 tons! Yes, it’s built with 130,000 tons of granite!

Also read: Temple Town In Tamil Nadu Has 188 Temples And The Travelers Heart 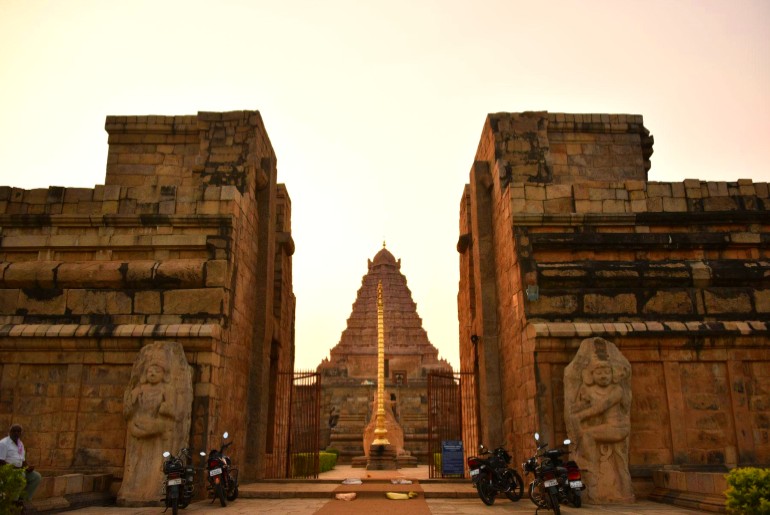 Granite is not found in the surrounding areas. It is not known where this massive granite was brought from. As hard as it was to find, Granite is harder to carve. Yet the great Chola wanted a temple to be covered with the most intricate designs.

This Temple Has Been Declared A UNESCO World Heritage Site

Brihadeeswara temple is the best example of excellent workmanship and grandeur. The other great attraction of this temple is its magnificent central dome which will give you Jodha Akbar feels. Not just that, the temple has also been declared as a UNESCO World Heritage Site.

Also read: Tamil Nadu Gets Highest Number Of Tourist Arrivals For The Fifth Time In A Row 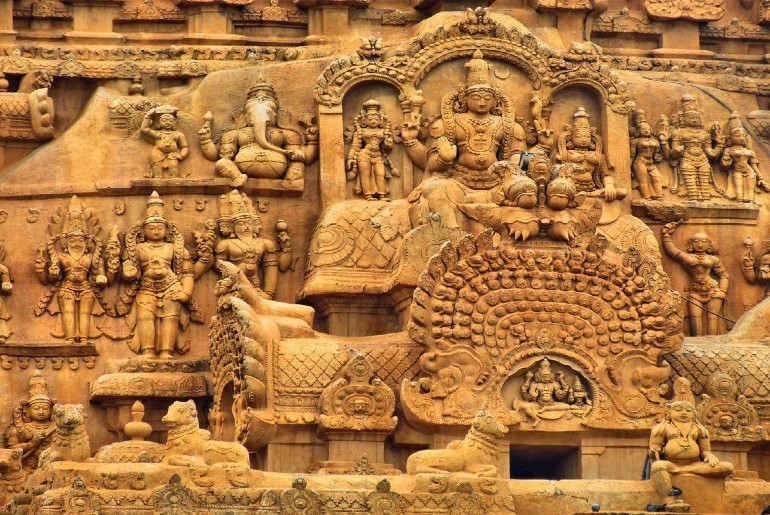 It also houses 216 feet tall, 80-ton heavy vimana (tower). All the walls are decorated with paintings of the 64 divine lilas (plays) of Lord Shiva. You will witness cows and Nandi figures also on the wall, and the temple includes shrines for Parvati, Nandi, Ganesha, Kartikeya, Sabhapati, Dakshinamurti and others.

Interestingly, the Reserve Bank of India in 1954 released ₹1,000 currency notes which featured the Brihadeeswara Temple. In all, Brihadeeswara temple is one of those architectural marvels of India which should not be missed. Its beauty and rich history will surely amaze you!

Meanwhile, check out this video of Jodhpur’s interesting Bullet Baba Temple. It’s sure to enthral you.