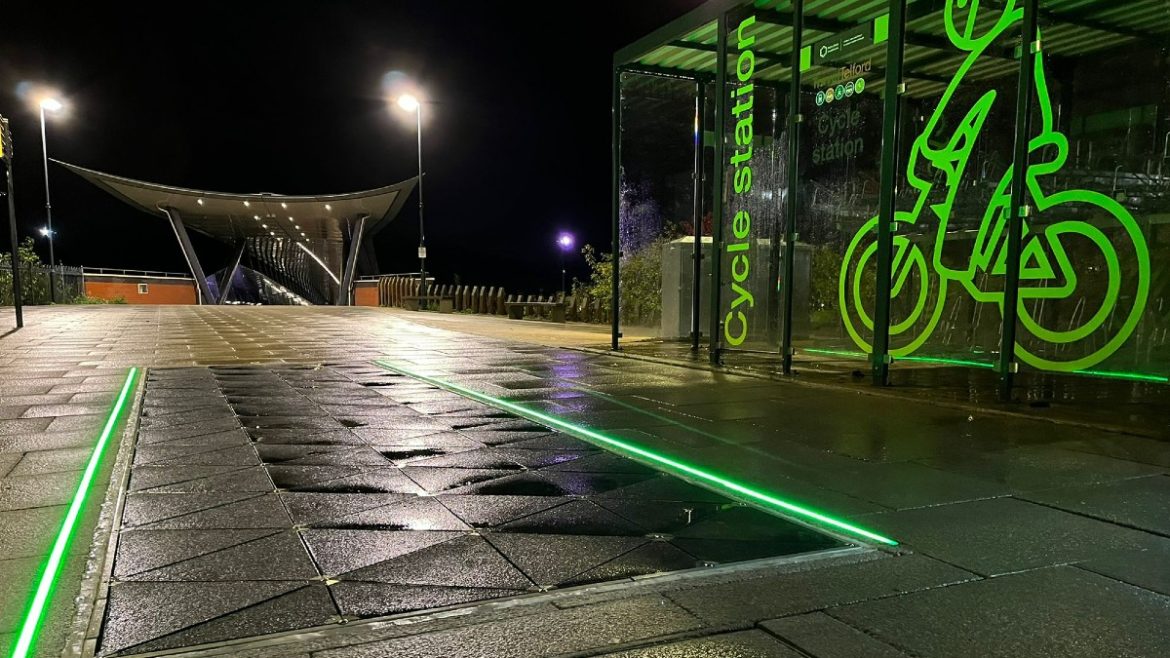 A UK town is creating history by building a pavement that generates electricity when pedestrians walk on it. Yes, you read this right. Telford, Shropshire’s largest town has a unique bouncy pavement where people can charge their phones by just walking, jogging or running on it. Isn’t this amazing? You don’t even need to carry mobile chargers. Here’s all about it.

The electric pavement in Telford works on a concept similar to the kinetic dance floor. The bouncy section on Station Way — the electric pavement on Telford— is attracting citizens from all across the town. When pedestrians walk on the six-metre pavement it generates energy. Then it powers charging points installed near benches in Telford. Pedestrians can then charge their phones at those charging points.

The installation of the Pavegen Energy Walkway is completed as well as two free mobile phone charging points located in newly installed benches beside the pavement⚡️
Along with solar-powered digital screen to display sustainability messages and the amount of energy generated🌱 pic.twitter.com/lSl1y1OWzU

There is also a solar-powered screen installed which shows the amount of energy generated by pedestrians walking or running on the six-metre stretch. According to Metro UK, Councillor Carolyn Healy revealed that the kinetic pavement creates awareness of the innovative methods to tackle climate change and avoid using fossil fuels. She further called it a ‘fun’ way to show how one can generate clean electricity without using fossil fuels.

Well, what do you think about this unique kinetic pavement that generates electricity? Would you want one like this in India? Let us know in the comments section below.