Three Flacons Were Spotted On A FlyDubai Flight To Dubai 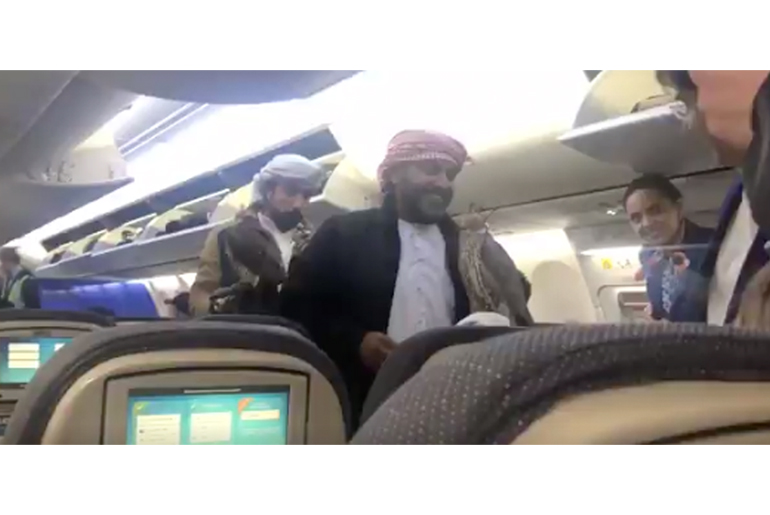 FlyDubai had a very rare group of passengers onboard their flight. You might have seen falcons in Dubai or the desert, but have you ever travelled with them?

Last month, a fly Dubai flight from Tajikistan to Dubai, had three falcons onboard. While most UAE carriers permit these feathery friends on their flights, it still is a rarity to spot them.

One of the passengers onboard the plane, took a video of the falcons aboard and it has garnered 2 million views, taking the internet by storm. Here’s the video:

The passenger also gave us a report of what his flight with the falcons was like and we’re pretty impressed! Maybe we should consider going on a trip with falcons?

Post Flight Thoughts: Would ride with an entire plane full of falcons if given the chance. I saw a 6 yr old kid try to touch a falcon but didn’t see the falcons trying to touch any 6 yr old kids. Very well behaved. https://t.co/a7rucZGSXI

A group of people even wished they were on the flight to enjoy company of the falcons.

Man, why doesn't anything cool like this happen to me on a plane. Awesome.

Those are the two coolest guys ever.

This is the Very Best Thing today.

And now the haters! Like for anything, this video also had a group of people bashing it:

Falcons are allowed to travel with the owners in the cabin. It's nothing new…we see it all the time here in the Gulf. Don't be an ignoramus. Be curious. Learn about diff cultures.