UAE Will Get World’s First Rotating Skyscraper By 2020 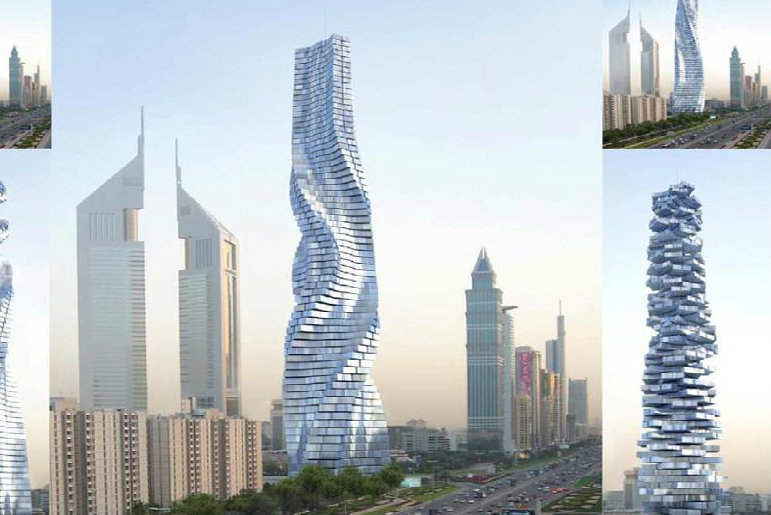 The entire tower is proposed to be powered from wind turbines and solar panels.

The 80-storey Dynamic Tower will be the world’s first skyscraper made up of separate rotating floors attached to a central column and it’s set to open its doors by 2020. Residents will be able to control the rotation speed and direction of their individual luxury apartment & have endlessly changing views which are estimated to cost AED 110 million. The proposed 420-meter tower is designed by Italian architect David Fisher & is set to become the third tallest building in Dubai handled by Dynamic Architecture. Residents can control their units through a voice-activated command system and with the capability of rotating 360 degrees, with a maximum of 6 meters (20 ft) per minute, or one full rotation in 180 minutes. The core would serve each floor with a special, patented connection for clean water, based on technology used to refuel airplanes in mid-flight. The entire tower is proposed to be powered from wind turbines and solar panels.