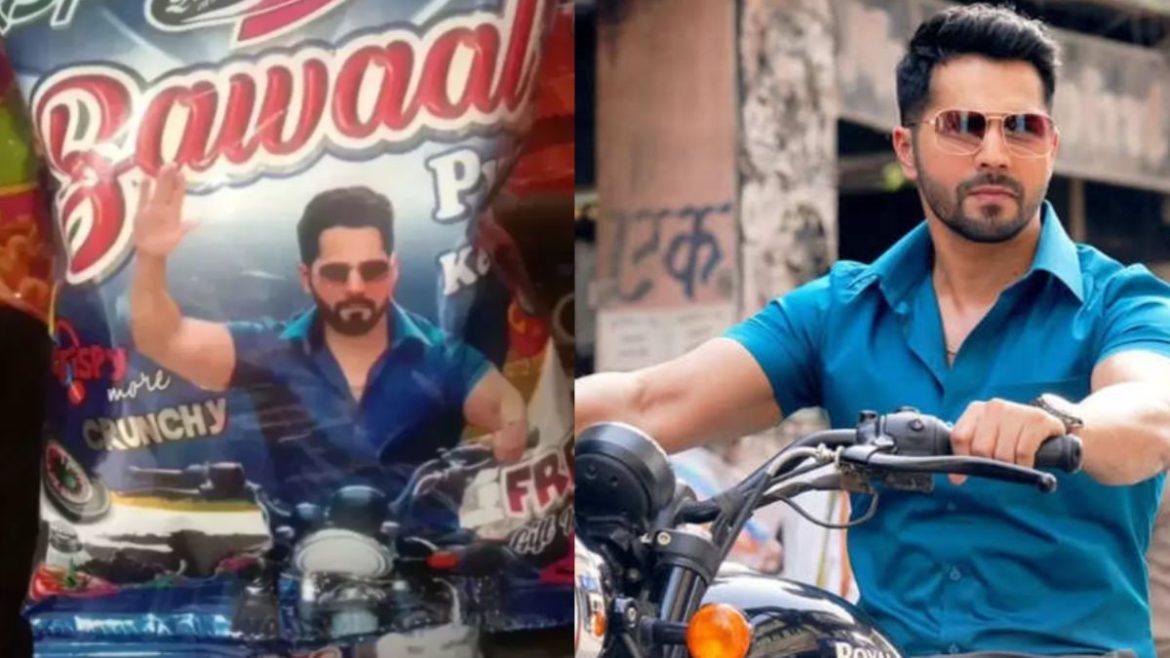 Varun Dhawan recently wrapped up the shoot of his upcoming film Bawaal and is now waiting for its release. On Monday, the actor took to insta stories to share a picture of a namkeen packet that had his look from Bawaal on it. Apparently, the packaging of the namkeen is inspired by Varun Dhawan’s Bawaal which is slated to release in April 2023. Varun had recently shared his first look from Bawaal and now even aloo bhujia packets are seen carrying his Bawaal look. Well, the craze for Varun Dhawan and his films has always been massive and now with aloo bhujia packets promoting his look, we are sure Bawaal is going to be a box office hit once it releases. Read on to know more about Varun’s reaction to seeing his Bawaal look on the namkeen packet.

‘This Is Crazy,’ Says Varun Dhawan

Varun Dhawan is one Celebrity who keeps an eye on every detail of the happenings in his fandom. And as soon as the Bawaal actor got to know about the namkeen packet fiasco, he took to his Instagram stories to express his opinion on it! And like all of us, Varun too was amazed. Sharing the picture of the packet Varun wrote, “This is crazy.” And we can’t agree more! The wrapper of the packet had a photo of Varun’s first look from the movie Bawaal and that just proves the popularity of Varun Dhawan as an actor. Food items often promote Bollywood characters and films and looks like Varun’s Bawaal has already earned its place in the food industry even before its release. Namkeens are snacks that every Indian home is obsessed with. And given that Varun’s Bawaal look is now in few such packages, we are sure the film will soon turn out to be a household name. 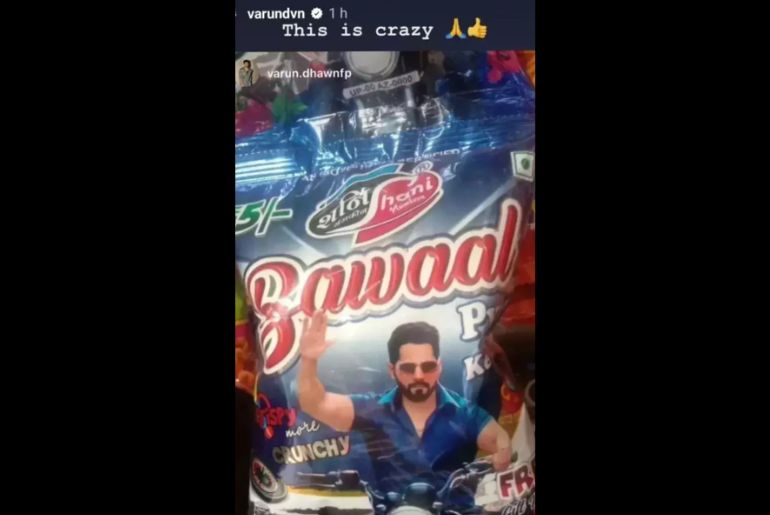 More About Bawaal And The Bawaal Actor

Varun Dhawan and Janhvi Kapoor’s upcoming film Bawaal is directed by Nitesh Tiwari and will hit the screens on April 7, 2023. Fans are expecting another masterpiece like Chhichhore and Dangal from director Nitesh. And with even namkeen packets promoting Varun’s film, we are sure Bawaal will totally be a masterpiece. Varun Dhawan is also shooting for Bhediya with Kriti Sanon. The actor was last seen in Jug Jugg Jeeyo with Kiara Advani.