Vicky Kaushal And Farah Khan Sailing On The Bluest Waters Of Croatia Is Travel Goals! 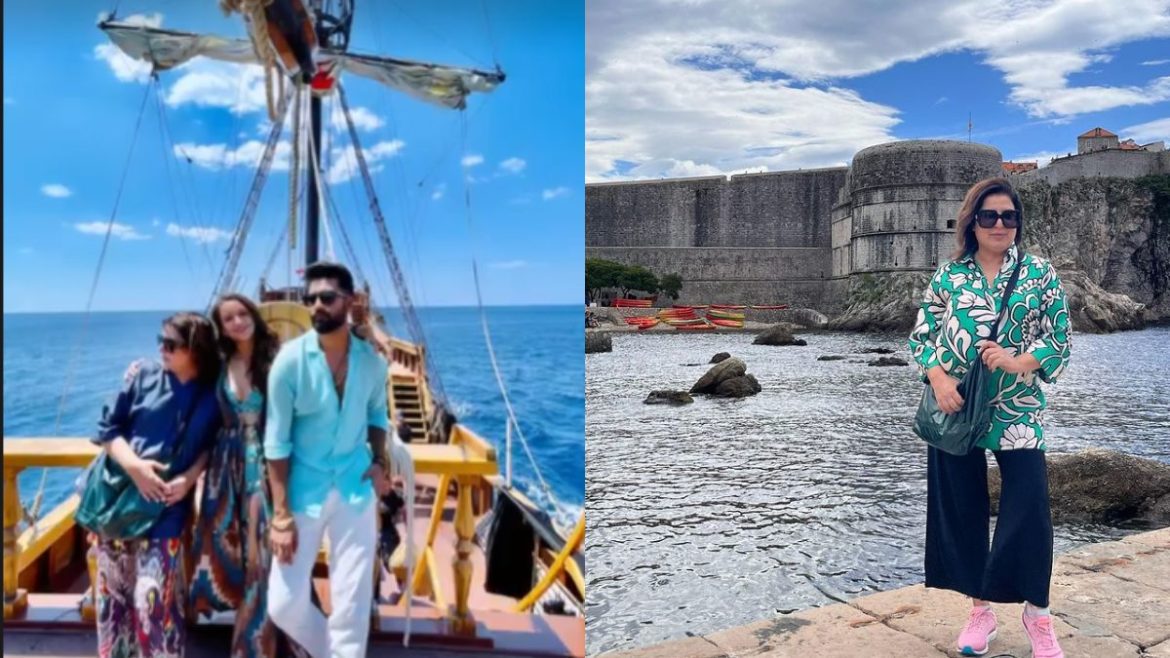 Acting is a strenuous job indeed but the actors and the crew get to travel to such magnificent destinations for work purposes. Presently, Vicky Kaushal, Tripti Dimri, and Farah Khan are in Croatia enjoying the place and working on their upcoming project. Vicky Kaushal and Tripti Dimri are coming on the screen as an on-screen couple for the first time and we all are eagerly waiting to see the chemistry of the talented duo. At the moment, they are in Croatia for almost 2 weeks as they are shooting for Anand Tiwari’s upcoming project.

The actors and crew of Anand Tiwari’s rom-com movie are shooting a romantic song in Croatia currently. Amidst the magical beauty of Croatia and the pristine blue waters, the outcome of the shooting will surely be breathtaking and blissful. Farah Khan is also working on this project and making it super successful. She posted a beautiful photo on her Instagram story with the newest duo of Bollywood and we are totally gushing over the photo. Farah captioned it, ‘Rocking the boat’.

It seems that Farah herself is charmed by the aura of Croatia. She also posted her solo picture in Croatia on Instagram and captioned it, ‘Croatia needs no filter.. can’t wait to shoot here..’. Well, we can completely agree with what Farah said. Croatia surely does not need any filter, such is its charisma.

The Cast Is Travelling To Lots Of Destinations

They began shooting the movie in March 2022 and completed their first schedule wrap recently. Till now, they filmed in Mumbai, Delhi, and Mussoorie.

As per a report of Pinkvilla, the cast will also shoot in Zagreb, Dubrovnik the Plitvice lakes, Adriatic islands, and the lavender fields of Hvar. The film is going to be a visual treat for sure!