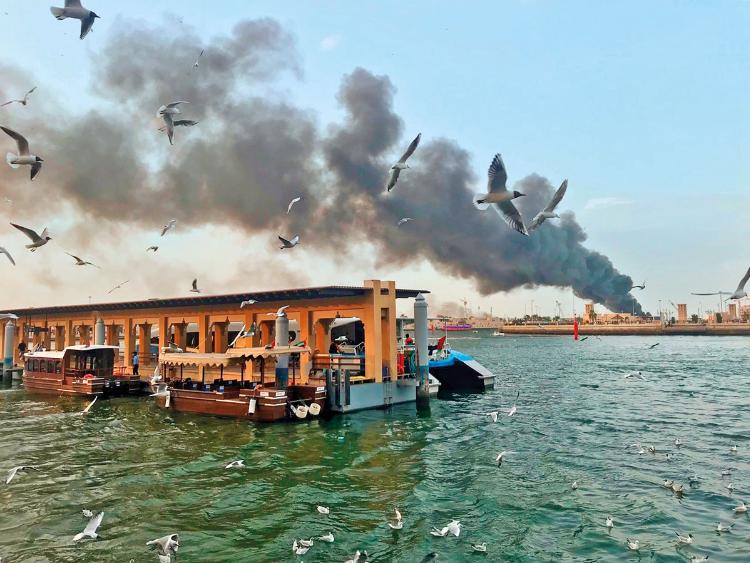 A dhow cruise broke into a fire in Deira on Friday evening, turning the skyline black. The accident happened at around 5.30pm. Dubai’s Civil Defense swung into action and brought the fire under control.

Spotted thick black clouds blanketed the skies in Deira on Friday? Well, this was no weather transformation. The thick, black smog that enveloped the Deira skyline on Friday evening was due to a fire breakout on a dhow cruise. The accident happened at around 5.30pm.

However, Dubai’s Civil Defense swung into action and brought the fire under control. Fire fighters from the surrounding areas including Karama, Al Ras, Hamriya, and Port rushed to the location to bring the situation under control.

Fire erupts in a Dhow in #Dubai Creek. Dubai Civil Defence have bought the fire under control. There are no reports of injuries.

No casualties were reported. The explosion was however noted to be a massive one, as the smoke was visible even to the residents in Sharjah.

A spokesperson of Dubai Civil Defense said: “The dhow was in front of Hayat Regency hotel at Dubai Creek. The dhow had tyres and flammable materials stored in it which caused the thick smoke. No injuries have been reported.”