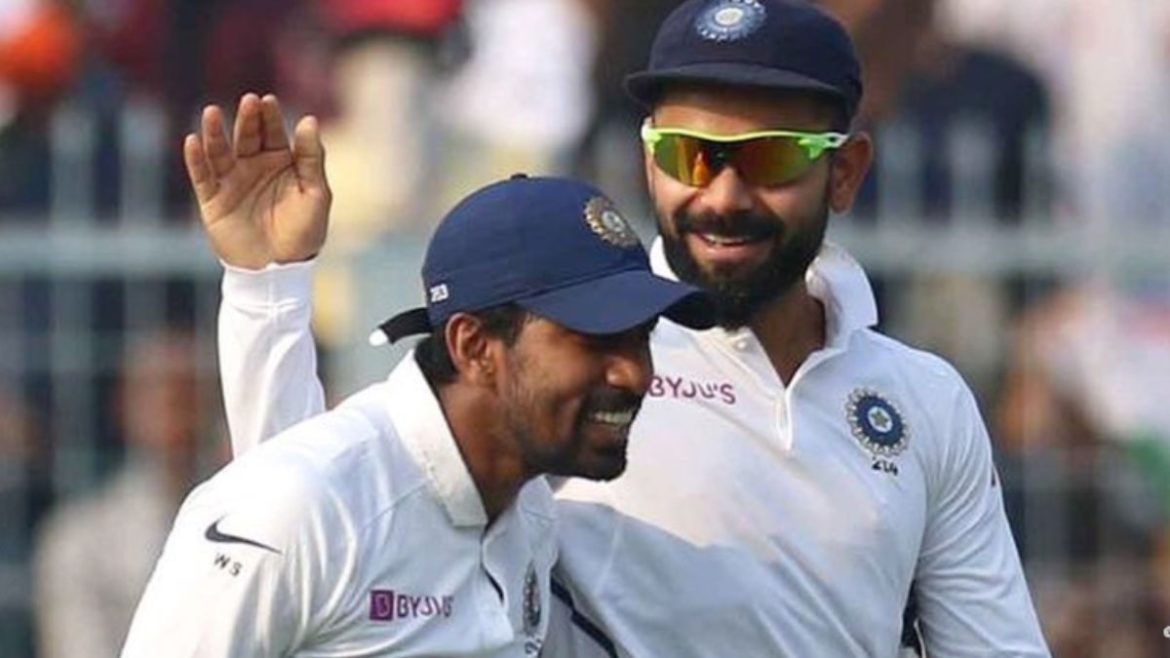 People are always curious to know fun facts about the Indian cricket team. And who better than Virat Kohli will have the best-kept secrets of the team right? Well, in a recent video for One 8 Commune’ on YouTube, Kohli revealed quite a few weird eating habits of Wriddhiman Saha. Apparently, the right-handed wicket-keeper batsman loves eating ice cream with Dal Chawal. Yes, you heard it right! And there’s more. So read on to know more about the funny anecdotes Virat shared about Wriddhi.

Recently Virat Kohli revealed that his teammate Wriddhiman Saha Loves trying quirky and never before seen food combinations.
Virat says, “If I’ve seen anyone try a unique combination while eating then it is Wriddhiman Saha. I once noticed his plate, which had butter chicken, roti, and salad and there was a rasgulla kept as well. I saw he took two-three bites of roti and salad and gulped the entire rasgulla. So I asked him ‘Wriddhi what are you doing?’ He said this is how he usually eats.”
Virat also recalls the times when he saw Wriddhi eat ice cream with dal chawal. “He eats them together, like two bites of rice and then ice cream,” adds Virat Kohli.

This isn’t the first time Virat is putting the secrets of his fellow cricketers. During an episode of Breakfast with Championship, Virat Kohli shared a fun story about Hardik Pandya. He said that the all-rounder loves listening to English songs on his iPod but the fun part is that he does so without understanding the lyrics.
Kohli says, “Hardik Pandya ke paas iPod hai, usme saare English gaane hain. Usko ek gaane ke paanch words bhi nahi aate. Usko bas beat chaahiye aur woh bas hilta rehtaa hai.
(Hardik Pandya loves listening to English songs on his iPod. He doesn’t understand even five words from a single song. He just needs the beat and he keeps moving.)”

Well, we are loving all the funny stories and secrets that Virat Kohli is spilling about his fellow cricketers. Keep them coming Virat!