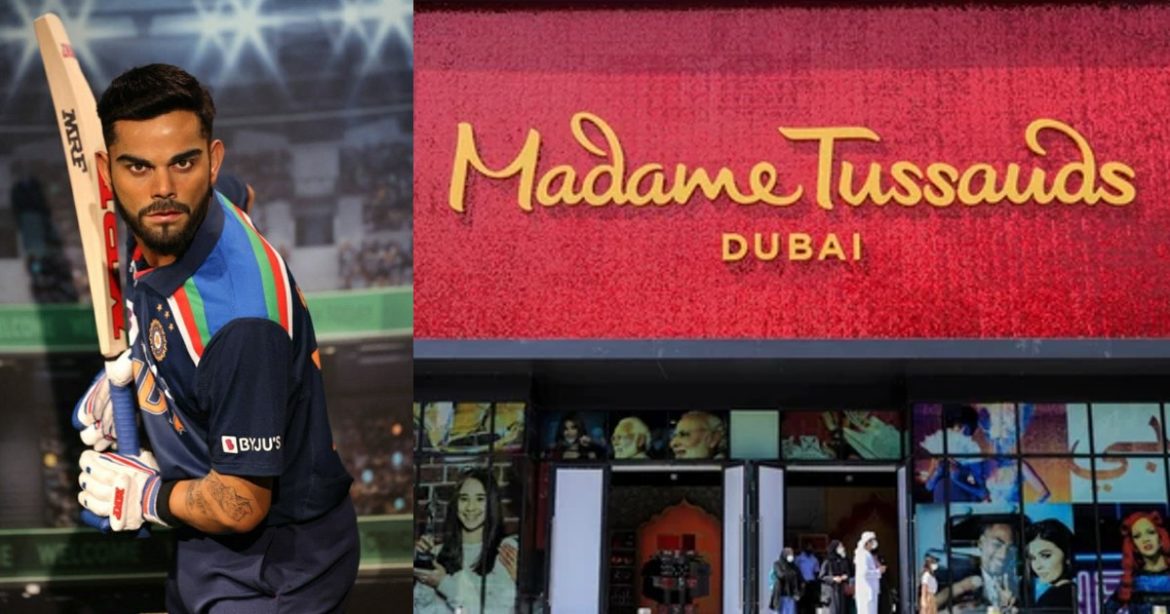 Madame Tussauds, London’s renowned waxwork museum opened its first outpost in Dubai. Hoping to attract millions of tourists to Expo 2020, this waxwork museum boasts 60 life-like sculptures of global celebrities who’re renowned in their field from across the world. But what’s caught the eye of Indians, is the breathtaking sculpture of Team India skipper, Virat Kohli. The wax statue was unveiled ahead of the ICC Men’s T20 World Cup 2021. Read on to witness the pictures of the Virat Kohli statue that went viral on social media.

London’s Madame Tussauds made its debut in the Arab world by launching its first outpost in Dubai. The brand basts of 250 wax sculptures in London that draws millions of tourists annually. It has smaller branches in Asia, Europe and the United States.  According to Hindustan Times, the general manager of Dubai’s Madame Tussauds, Sanaz Kollsrud revealed to AFP that they have chosen wax statues of talents that are popular in Dubai. And Virat Kohli is one of the most popular and loved cricketers in the world. This is the second wax statue of the Indian superstar. The first is situated at Lord’s Cricket Ground in London.

The Dubai branch of the renowned wax museum displays 60 sculptures of global celebrities like American pop singer Rihanna, football heartthrob Lionel Messi, Jackie Chan, Shah Rukh Khan, Amitabh Bachchan and Lebanese pop star Maya Diab and Nancy Ajram, to name a few. With the launch of a branch of London’s Madame Tussauds, the emirate of Dubai focuses on the development of tourism and the entertainment sector.

The Expo 2020 Dubai which started on October 1 after a year of Covid-19 pandemic delay, has been garnering a lot of attention on social media. In fact, we at Curly Tales were privileged to spot the ruler of Dubai HH Sheikh Mohammed and HH Sheikh Hamdan at Expo 2020.