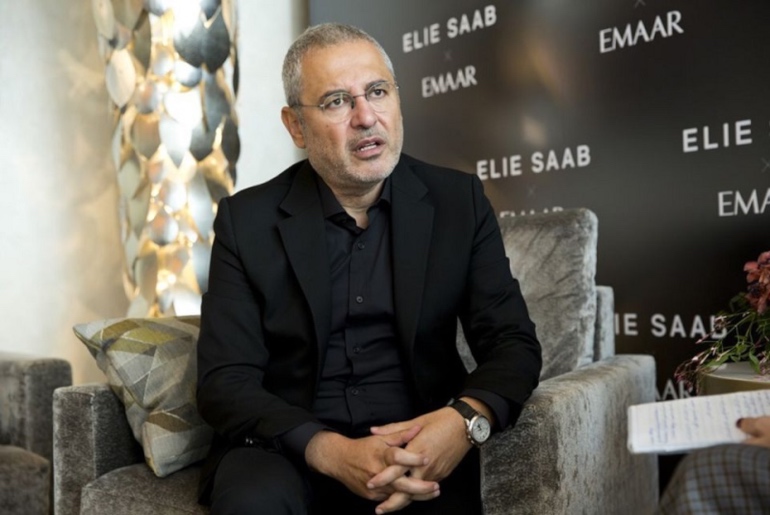 Lebanese designer Elie Saab becomes the first celebrity to take home the prestigious Walk of fame. He has now collaborated with Emaar to design the interiors for ‘Emaar Beachfront’.

Walk of fame is a walkable tribute to stars and influencers from all over the world like, exactly like the one in Hollywood. And now, Dubai has its first winner. Lebanese designer Elie Saab is the first celebrity to take home the prestigious star!

Elie Saab was awarded the first ever Dubai Star at the #ELIESAABxEMAAR launch event @TheDubaiStars pic.twitter.com/L7mDAJHouY

A well-known name in the fashion industry ever since the 1980s, Elie Saab started his career as a bridal-wear designer in Beirut. He also became the first Lebanese designer to design for the Oscars in 2002. Today, Elie Saab designs clothes for A-listers like  Beyonce, Nicole Kidman, Angelina Jolie and others.

And now, Saab has decided to move away from fashion and has struck a deal with Emaar. He will now design the interiors of Emaar’s upcoming residential project- ‘Emaar Beachfront’. The exclusive community caters to give residents state-of-the-art facilities complete with the latest amenities.

Meanwhile, Dubai Stars aims to be four times bigger than the one in Hollywood.