Sarees are a spectacle to behold. The intricate lace patterns, grand silk border, rich colour coupled with gold jewellery, will leave anyone gasping. The attire is traditional, grand and a total showstopper. And that’s just how anyone would feel about Malaysian baker, Sundri Ramesh’s saree cakes. The 57-year-old entrepreneur bakes unique cakes in the shape of the traditional Indian saree, jewellery and even the intricate bangle box. Her sarees are so realistic, that you’d be ready to order yourself the attire, without guessing it’s actually a cake. So, here’s everything you need to know about Sundri Bakes & Bites, the home-grown business behind the signature saree cakes that has taken over the internet.

57-year-old Sundri Ramesh from Malayasia never intended on becoming a full-time baker. According to Free Malaysia Today, she was a human resource manager working at a renowned event management company. When she was 5 months pregnant with her son, Sundri craved a slice of luscious butter cake. But her go-to butter cake lady left the country. That’s when she decided to learn to bake it herself. Sundri took baking lessons and also learnt the art of cake decorating while working full time and balancing motherhood in 2015. Slowly, what started as a weekend endeavour, slowly turned into a small business called Sundri Bakes & Bites. She began catering during the weekends and with time her clientele also grew and that’s when she quit her business to become a full-time entrepreneur. 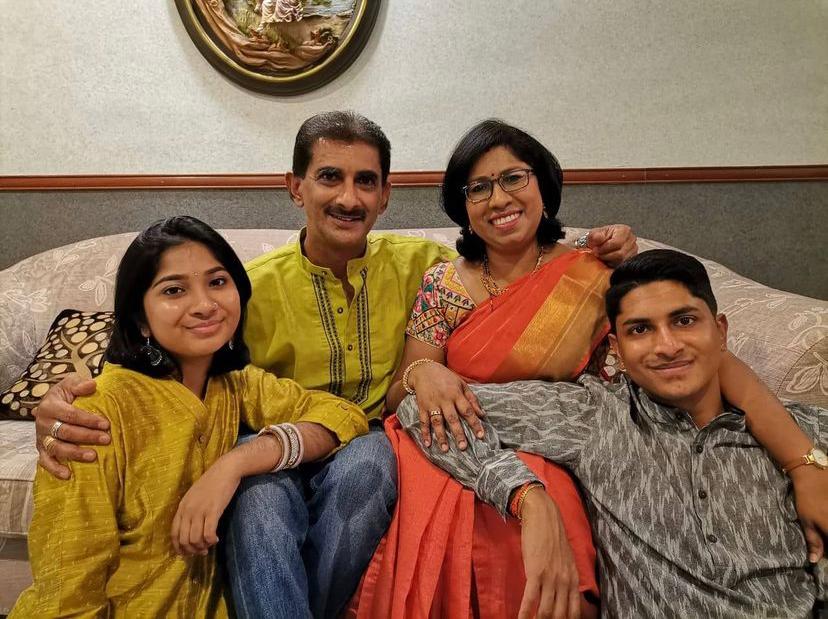 As her business grew, Sundri yearned to stand out from the crowd after wise words from her godfather. He told her that every baker baked butter cakes but Sundri needed to offer something different to carve a name for herself in the industry. In 2017, she went to an engagement party and the sight of bridal gifts including platters of colourful sarees, gold bangles and desi mithai caught her eye. And she had her eureka moment and suddenly thought, what about baking a cake in the form of a folded saree? This was certainly a unique idea, but it wasn’t easy to convince customers until her friend ordered her saree-themed cake for her engagement. It was an ultimate success. All the guests oohed and aahed as the cake was presented.

Also Read: Eat A Cake To Contribute Towards COVID-19 In India By Ordering From These Bakeries 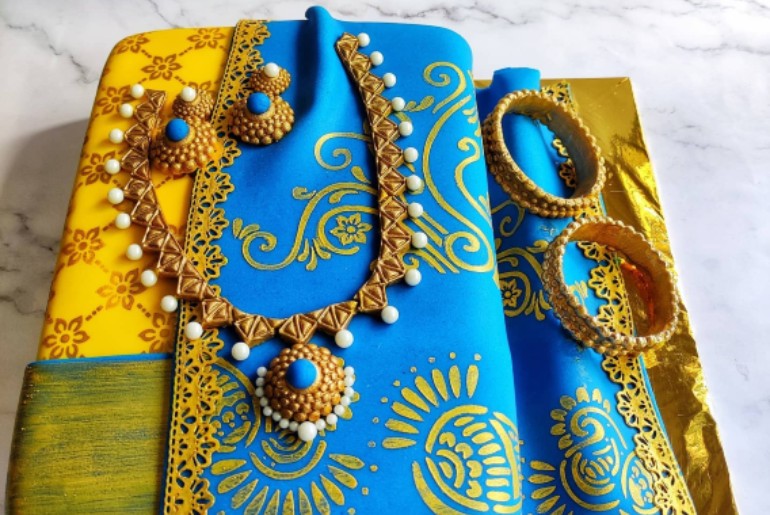 Her Saree Cakes Went Viral On Social Media In 2017

The saree cakes became an overnight success in 2017 after she posted a picture of them on the Facebook group ‘Jobs for Caring Moms Malaysia’.  Within a span of 24 hours, the picture of her saree cake garnered 1800 likes and hundreds of shares. Many social media users called her the ‘saree lady’ and showered praises on her intricate craftsmanship and delightful cakes. Sundri’s exquisite cake designs have intricate lace patterns and are decorated with vibrant butter icing and fondant drapes on the sarees to cater to the customised requests. Her beautiful saree cakes are priced at RM300 (₹5,275) onwards with a minimum of 1.5 kg butter base.

Apart from saree cakes, Free Malaysia Today also reports that Sundri Bakes & Bites also produces gorgeous bangle box gift cakes for bangle ceremonies in weddings. The traditional Indian bangle box cakes are decorated with gold icing and have impeccable attention to detail. Infact the cake also has a mirror with a reflection of the bangles. This is totally edible. Sundri Bakes & Bites also creates cakes for Muslim couples’ solemnisation with a bride’s lace gown on one side and groom’s baju melayu on the other. Sundri Ramesh also prepares custom cakes in a variety of shapes, sizes and designs. She bakes Harry Potter, BMW, Rolex and tiered cakes with fresh flowers too. And if customers don’t want a huge cake, then the themed cupcake collection is cute and super memorable. 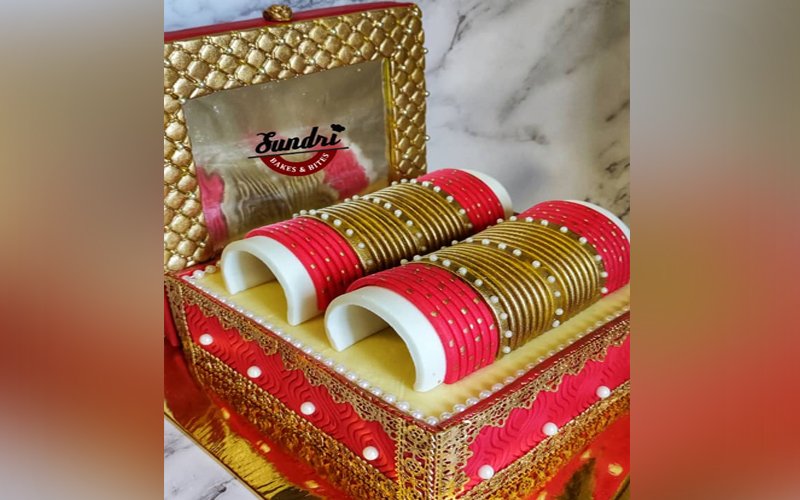 Sundri’s saree cake went viral in 2017 and her homegrown business Sundri Bakes & Bites took over Malaysia. She started receiving requests from people asking her to teach them to bake these cakes. Sundri then expanded her business by also organising baking lessons and saree cake design classes. She realised that the market for cakes was he and there weren’t enough people who knew how to bake such cakes. So, by teaching more people, she wanted to help others to procure such gorgeous customised cakes, To date, Sundri Ramesh has taught over 500 students through online and offline classes. Many of her students became entrepreneurs and now earn a living from baking. Many of her students who lost jobs during the pandemic, now earn their bread and butter by baking cakes. And that’s truly inspiring.

One of Sundri’s students, a makeup artist lost her job during the pandemic. And she used the last of her earnings to pay for her baking class. Today, this makeup artist turned baker receives cake orders and has become a successful baker. While Sundri’s unique saree cakes have helped her create a name for herself. Her selfless nature and desire to teach students the art of baking and designing cakes, especially during this pandemic has made her create entrepreneurs, that will take the legacy forward. Thanks to Sundri, scores of students who lost their jobs during the pandemic, now stand on their own feet, with the aroma of their cakes taking over Malaysia. And it all started with a saree..