The COVID situation is responsible for scores of people losing their livelihood. While this bleak situation is like a storm approaching, few capitalize on this situation to make a mark for themselves. Meet Azrin Mohamad Zawawi, a Malaysian pilot who, upon losing his job, still dons his white and black uniform and opened his own noodle stall. Called, ‘Captain’s Corner’this talented pilot whips up delicious dishes in his pilot uniform and feeds scores of Malaysians. Infact his inspiring story has gone viral in Malaysia. Read on to know more.

Malaysia Has Its Own Captain Of Street Food

Malaysian pilot Azrin Mohamad Zawawi stills wears his white and black uniform and has a small noodle stall that he opened just outside Kuala Lumpur. Azrin, along with thousands, lost their jobs after airlines were grounded due to the coronavirus pandemic. Speaking to Reuters, Azrin said, “I need some income because I was retrenched by my previous company.” Previously Azrin worked at Malindo Air but lost his job recently. 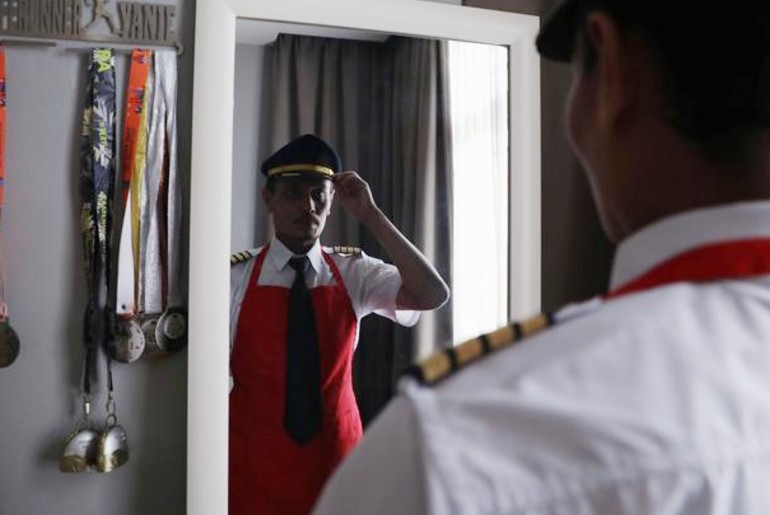 Being a father of four and jobless did not dampen Azrin’s mood. Instead, he started a food business where he sells Malaysian dishes such as a curry noodle dish made from a family recipe, laksa, and a mixed fruit dish called rojak. His claim to fame was thanks to his wife. She clicked a photograph of Azrin wearing his captain’s uniform with a red apron. And then, posted the picture on social media, and it went viral. Like Azrin, a visually impaired man who lost his job in Gujarat started his own homemade snacks business. 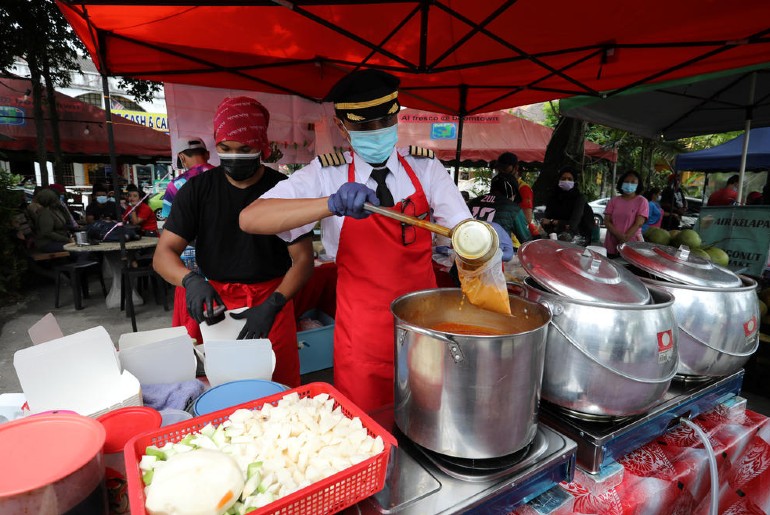 Now the pertinent question to ask, is this all a gimmick? Thankfully Azrin’s shop, aptly named “Kapten Corner” (Captain’s Corner), stands up to its reputation of serving good food. One customer, Azman Yunus said to Reuters, “The main thing is the food must be good…I’ve eaten here twice. The first time I brought my wife, and now I bring my friends.” Another customer, Syed Khadzil, also praised Azrin for finding a creative way to run a food business. “The way he does business is also something unique – being creative with his uniform. It’s crowd-puller.” 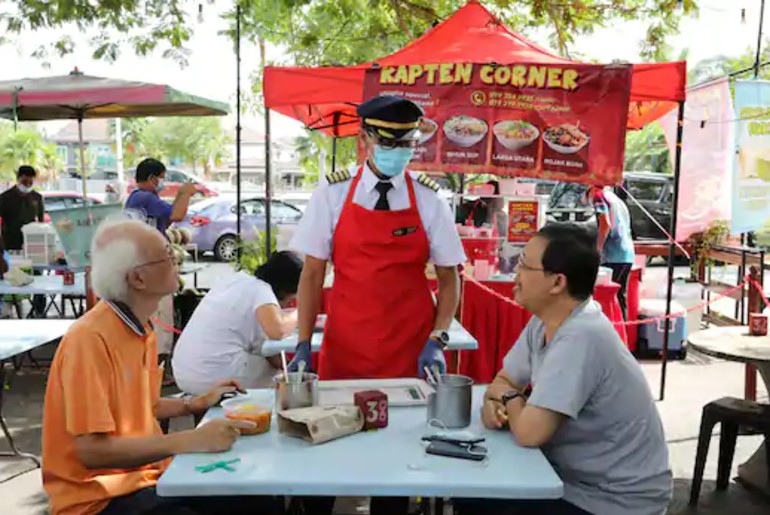 Also Read: Pilot Draws A Heart In The Sky To Thank Healthcare Workers For Their Efforts

Azrin hopes his efforts encourage others to find creative ways to deal with the pandemic blues and make a living. He said to Reuters, “Embrace the challenge and never give up… It’s like flying the aircraft, we always move forward.”  Just like Azrin, here’s an inspiring story of a supermarket in Mumbai run entirely by acid attack survivors.