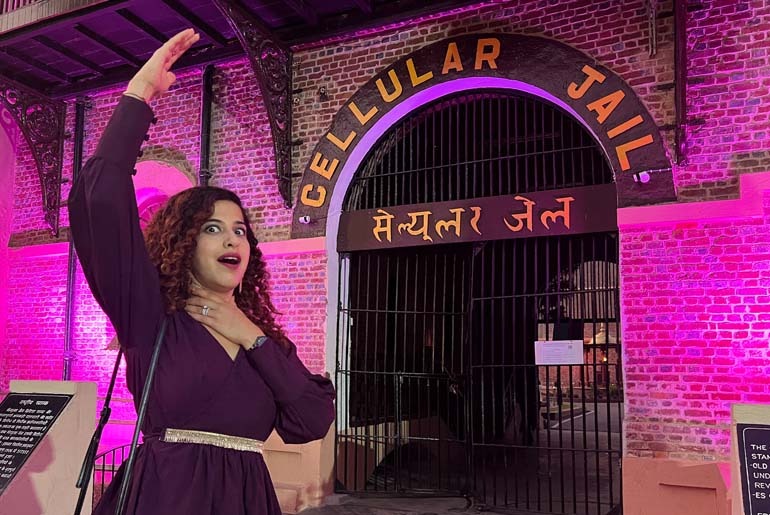 Kamiya Jani recently visited the Cellular Jail, also known as Kala Pani at Port Blair, Andaman Islands. Now a national memorial, this prison is probably the cruelest in the world. Although it had extremely low walls – which meant that a prisoner could easily scale them, they would ultimately plunge to his death as the prison was surrounded by the ocean on all sides. The prison was also constructed in a way that the front portion of each wing was to face the back side of the other wing so that no prisoner could see one another during confinement. Sounds terrible doesn’t it? Today, the horrifying prison is a memorial dedicated to the Indian freedom fighters and political activists struggling for India’s independence. There is a beautiful Light & Sound show that takes place in the evenings which captures the entire history of Kala Pani. This is a must-visit show for every tourist. It is held thrice a day both in English and Hindi.