Will Smith Bravely Climbs World’s…
You Will Have To Pay…
Eid Guidelines For Haj Pilgrims:…
Eid Al Adha Long Weekend:… 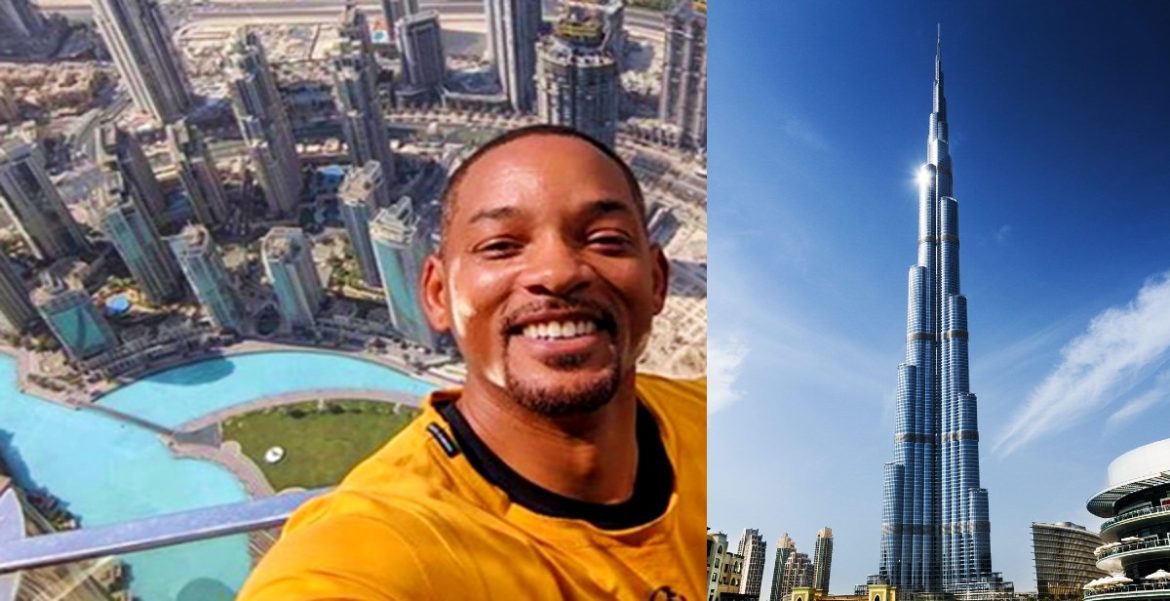 Will Smith, an American actor, rapper, and film producer has released a new YouTube original called Best Shape of My Life, which is full of inspirational, strange, and exposing moments. The series was shot earlier this year by the iRobot star. After gaining weight during the pandemic, he advocated going on a journey to reduce 20 pounds (9 kilogrammes) in 20 weeks. Despite this, the teaser suggested that the series evolved into more of a cerebral journey. Smith made a variety of personal revelations, including the fact that he once attempted suicide.

The trip to the top of the Burj Khalifa was probably the most memorable part of the two premiere programmes, which aired on Monday. The building has 160 stories and a height of 2,722 feet. Making it the world’s highest structure. After a dismal start to his weight loss and book-writing endeavour, the 53-year-old highlighted it as his goal in episode two, My Secret Shame. He stretched out both arms and breathed the view with a wide smile on his face when he was completely out of the skyscraper. 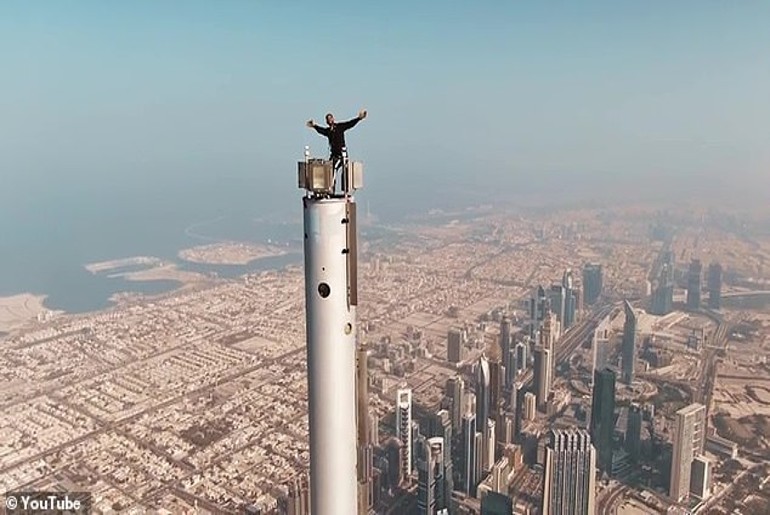 The Fresh Prince of Bel-Air alum began the episode by reading a chapter from his upcoming autobiography. In it he recalls his boyhood with Willard Carroll Smith, Sr., his militant father. While describing his parent, he conveyed the symbolism of his father in his life. Smith also revealed in his written work that he was born with a double-edged discipline gift. He narrated an episode from when he was 11 years old. About his father hiring him and his brother to help him build a new front wall for his shop. The brothers were pleased to have completed the difficult task after nearly a year. Furthermore, emphasises endurance as a form of learning. 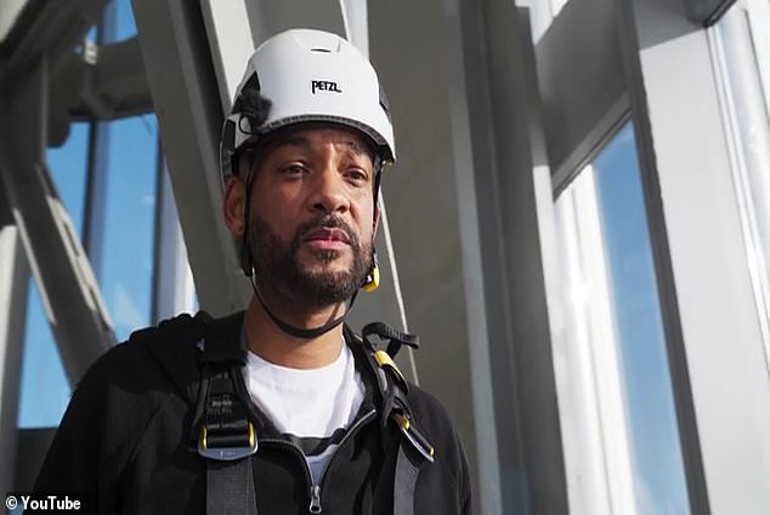 He remembered the lesson he learned as a child when the ambitions appeared terrifying. Will vowed to make amends after two weeks of training with a personal trainer. The performer’s solution was to take a flight to Dubai. That is, he is twelve hours away from his Los Angeles residence. Will was able to express the connection between Dubai and his personality. He thinks the city of records is a good metaphor for how he sees the world. Millions were inspired by his powerful question, ‘If you’re going to build a building, are you really not going to try to create the Burj Khalifa?’ He created his way of thinking by deciding that he would get his mind and body in the best shape possible no matter what.

Also Read: Man Flies From Amritsar To Dubai As Only Passenger On Air India Flight; Felt Like A Maharaja 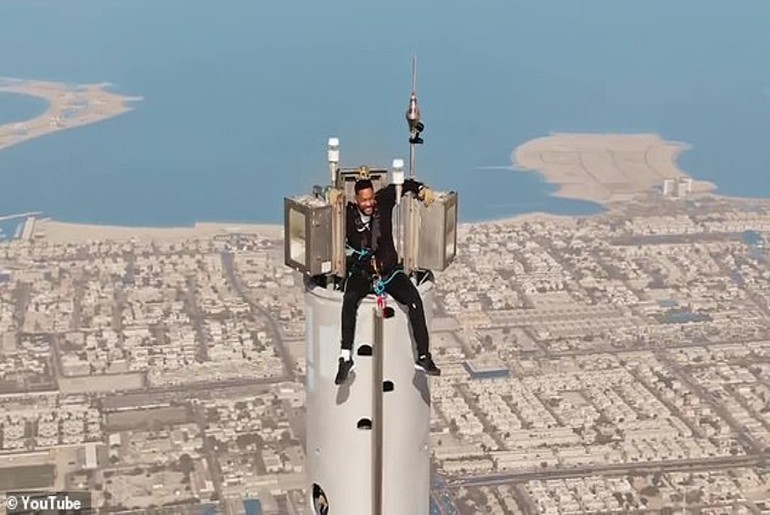 On the day he conquered the erection, the actor walked up the 100+ floors as part of his aerobic regimen. Will appeared hot and fatigued in the film as he pretended to run ahead. He realised there was more he could accomplish once he reached the 160th floor. Despite the fact that he’d reached the highest interior level, he discovered he could travel even higher, to the building’s topmost top. The ‘I Am Legend’ actor climbed a ladder into the tower while wearing a harness and helmet. Individually, the highest point a human can reach is a man-made structure on Earth. The Hollywood hunk emerged victorious from the building’s cap, according to drone footage. With a broad smile on his lips, he stretched out both arms and took in the view once he was totally out of the edifice. 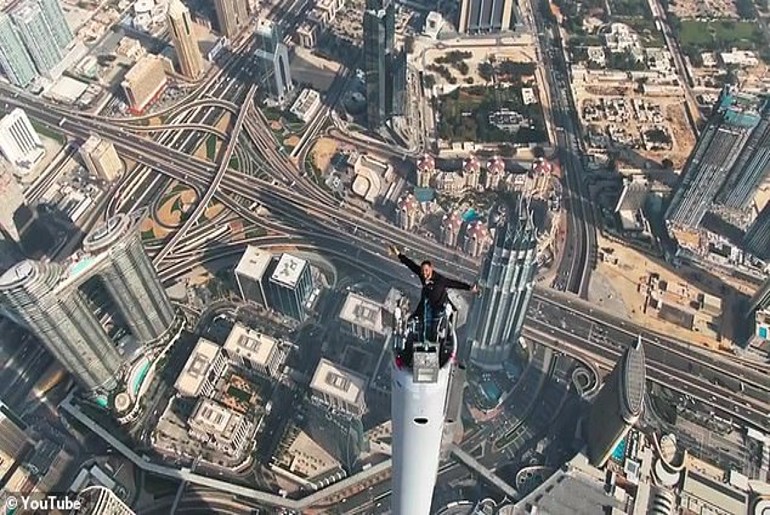 Smith had previously gone viral after posting a frightening photo on Instagram. It depicted the veteran performer in the worst state of his life. And it was for this reason that he created the YouTube series Best Shape of My Life. He also specified two objectives. 20-pound weight loss in 20 weeks, In addition, he hopes to complete his memoirs in 20 years. What’s more, there was a purpose for the terrible condition to exist in the first place. In the film King Richard, he had to gain weight for his role as Venus and Serena William’s father. However, due to a pandemic in March 2020, the basic weight exploded. Surprisingly, he’s about to reveal his life’s ups and downs. Intimate real-life scenes are depicted in this moving series. For the writer and producer, good days are hard to come by, and good times are hard to come by.

Go and treat your eyes with some energetic and exhilarating lessons, Now!

Eid Guidelines For Haj Pilgrims: Everything To Know

You Will Have To Pay More To Travel...