7 Times Will Smith Proved UAE Is His Favourite Destination 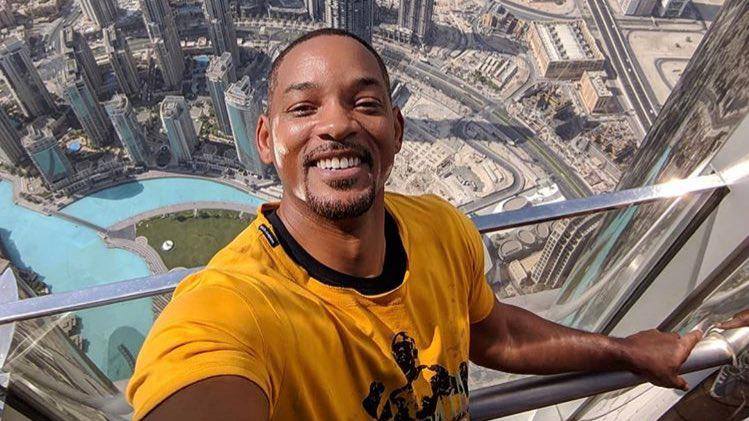 A lot of celebrities have flocked in and out of the UAE over the last few months, but there’s one A-lister who made his presence felt. Yes, we’re referring to the F1 race closer, the American actor and a favourite rapper- Willard Carroll Smith.

Will Smith has a soft corner for Dubai and in fact, he even ended up endorsing the city even without his knowledge. How, you ask? Smith currently has over 30 million followers on Instagram, but what caught our attention was that most of his pictures are from the UAE. Isn’t that something to be super happy about?

From posing from the top of Burj to sliding down the slopes of Ski Dubai and diving out from an aeroplane to get an aerial view of the city, Will Smith has truly lived it up in the UAE.

Here are a few instances that prove Will Smith loves Dubai to bits!

1. When you’re at the Burj, you just want to click pictures from ‘everywhere’

This is the Highest Toilet ON EARTH!! Burj Khalifa, Dubai. 154th Floor. Sittin’ on top of the world! (The Joke was too Easy:-) ?: @alansilfen

Damn It, @lewishamilton! Look what you made me do?!?! I JUST WANTED TO DRIVE ?: @michaelbay

3. ‘There’s Nothing like a Beautiful Sunset Dinner in the Dunes of Dubai!’- We totally heart that caption

There’s Nothing like a Beautiful Sunset Dinner in the Dunes of Dubai to bring people closer! . ?: @westbrook @jas

4. And what’s a Dubai trip without family!

5. When Smith confronted his fear and jumped out of the airplane, diving into the sky. And his only wish on his 50th birthday was for his wife Jada to skydive.

6. When Will gladly flaunted his UAE cap and rolled down the ice slopes in Ski Dubai

7. Will Smith’s epic day at the Abu Dhabi F1, when he rolled the checkered flag

Epic day at @F1 Abu Dhabi! I got to roll the checkered flag and my boy @lewishamilton walked away with the W. ? ?: @alansilfen