8 Hollywood Movies Shot In Saudi Arabia That You Must Watch 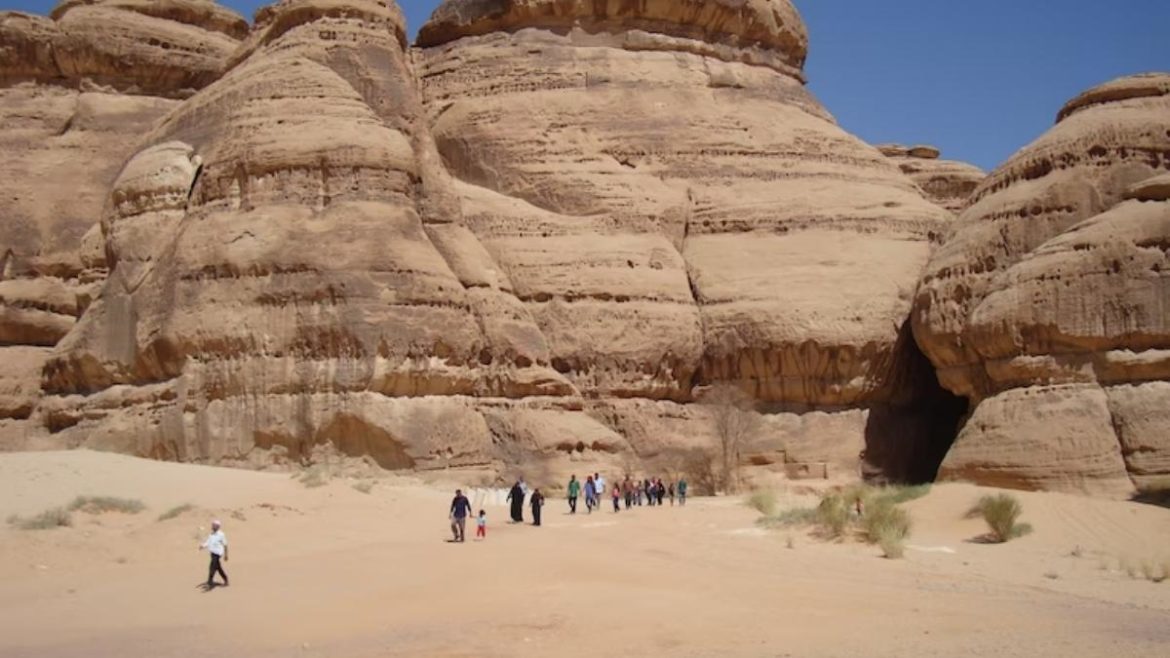 Saudi Arabia is recognised across the globe for its ancient history and culture, cradling with many human civilisations. The kingdom is also home to many UNESCO World Heritage Sites, which attract many people. This marvellous place offers vast and beautiful landscapes that are best for shooting a film. Saudi’s generosity and amazing hospitality attract many Hollywood filmmakers. Here is a list of Hollywood movies shot in Saudi Arabia that you must watch.

Malcolm X is a highly successful Hollywood film and was the first non-documentary film to receive authorisation to shoot in Mecca. The film focused on Malcolm X’s journey. The scenes in Saudi Arabia occur when the main character performs the Hajj. Today, the film is popular as one of the best cinematic biographies and one of the best movies of the 1990s.

Also Read: Dating Back To More Than 700 Years, This Village Near Abha, Saudi Is An Architectural Wonder

Another movie in our list of Hollywood movies shot In Saudi is Wadjda. This is the first Hollywood movie shot in Saudi Arabia by a female director, Haifaa Al Mansour. The movie has won many awards at international film festivals. Moreover, it is the first Saudi Arabian film which got selected for Oscar. Nonetheless, it was nominated for a BAFTA for Best Foreign Film and other festivals.

Cello is a truly global production, with cast and crew members from France, Italy, Canada, the Middle East, Britain and America. It got support from the Saudi production company Rozam Media. Moreover, it is based on a novel and script by the Saudi author and chairman of the kingdom’s General Authority of Entertainment, Turki Al Alshikh. In the movie, you can see some locations of Al Ula and the city of Saudi Arabia.

The AlUla region of Saudi Arabia is home to more than 20,000 square kilometres of desert, rugged landscapes. Moreover, the 2,000-year-old historic city of Hegra is promoting itself as a filmmaking site. Cherry, starring Tom Holland is a story of a PTSD-afflicted Iraq veteran who turns to bank robbery to pay for his and his wife’s opioid addiction. The second unit of the film spent three days filming at AlUla, standing in for the Iraqi desert, and one day filming in Riyadh.

A Journey to Mecca by Ben Kingsley stars Chems-Eddine Zinoune, Hassam Ghancy, Nabil Elouahabi, and Nadim Sawalha. The film follows the pilgrimage of the 20-year-old Muslim religious law student Ibn Battuta (1304–1368). In the movie, he set out from Tangier, a city in northern Morocco, in 1325, about 3,000 miles to Saudi Arabia. Without a doubt, this film will take you on a magical adventure of Saudi Arabia.

According to Film AlUla commissioner Stephen Strachan, the film’s international cast and crew of over 200 in the kingdom includes approximately 10%, Saudi citizens. Moreover, in the movie, you will see places like AlUla, Tabuk, Hail, Jeddah, and Taif. Production began in November 2021 and is expected to conclude this month.  This is one of the latest Hollywood movies shot in Saudi Arabia

In the kingdom, this is the largest production that ever came from Hollywood. Wyatt, the director of Rise of the Planet of Apes, is leading a crew of over 500 on this high-budget historical epic, the first significant foreign production in Saudi Arabia. Furthermore, you will see scenes from on the coast of the Red Sea, Neom which is a massive 26,500-square-kilometer region larger than Belgium.

Last but not least in our list of Hollywood Movies Shot In Saudi is Barakah meets barakah. This award-winning comedy-drama depicts a Saudi love tale between a middle-class man and a wealthy woman shot in Jeddah. Moreover, the film was Saudi Arabia’s official submission for the 2017 Academy Awards.

Also Read: Everything You Need To Know About Saudi Arabia&#8217;s Elephant Rock In AlUla