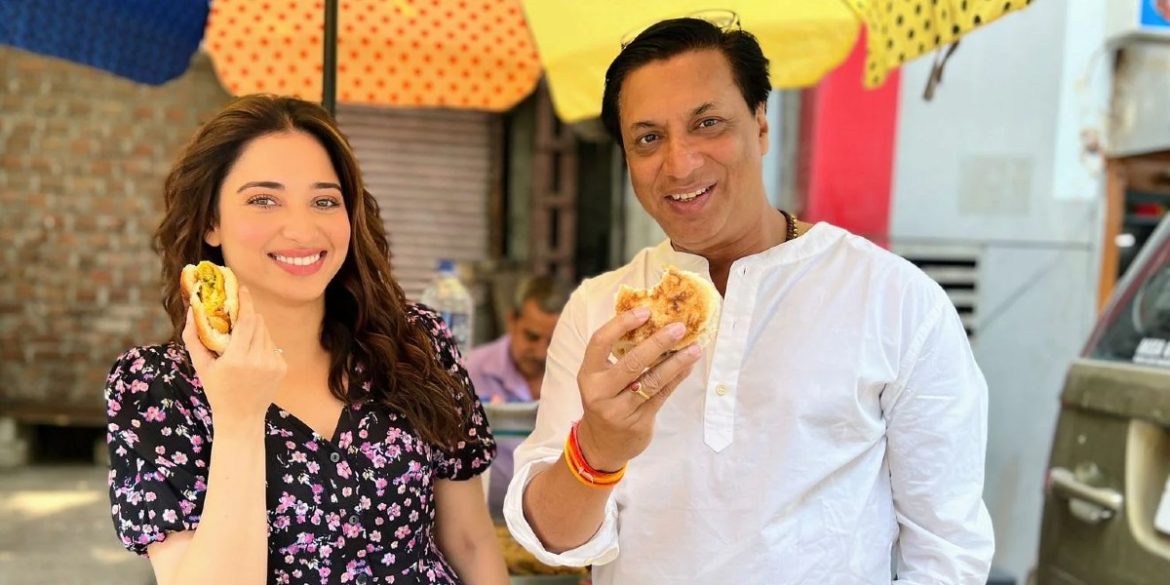 Baahubali actress Tamannaah Bhatia recently gorged on a delicious vada pav. The actress who is known to be a foodie often amuses her fans with food pictures. This time she shared videos and pictures of her relishing a vada pav with director Madhur Bhandarkar. Tamannaah took to Instagram to say that after wrapping her upcoming film Babli Bouncer, her director Madhur Bhandarkar thought she was dieting a lot and cancelled her diet for the day. So the duo enjoyed Mumbai’s vada pav.

Also Read: Vada Pav At Mumbai&#8217;s Swati Snacks Is One Of The Best Burgers In The World

With large smiles, a mock “cheers” with their vada pavs, Tamannaah Bhatia and Madhur Bhandarkar devoured their freshly made, crispy vada pavs with huge smiles on their faces. Well, Tamannaah has surely given food goals to her fans, urging them to take a break from their healthy eating habits and pamper themselves with vada pavs instead.