After Record-Breaking Fireworks, Dubai’s Burj Khalifa Would Fancy People With An Astonishing Laser Show In 2023 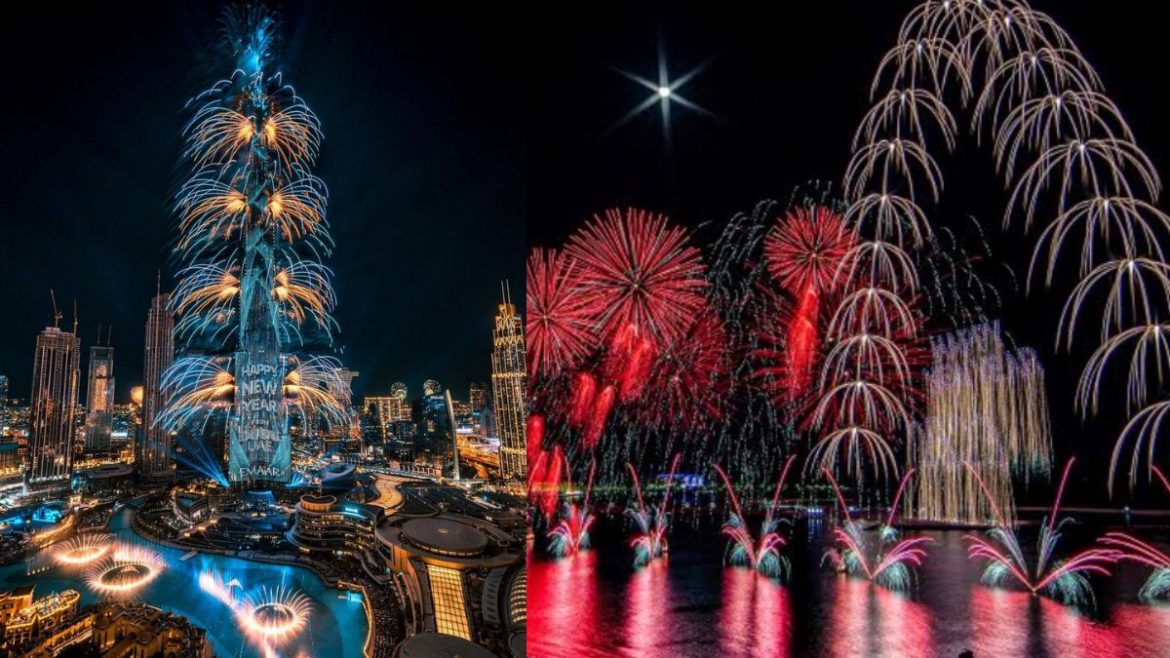 UAE brought 2023 with fireworks, laser shows and so much more entertainment. The Emirates loves doing extra when it comes to celebrations. And this NYE was proof that they went so big that it broke records. With record-breaking fireworks, Dubai also brought good news for Emiratis this new year. The Iconic laser show presented by Burj Khalifa is back with a bang and is here to stay upto May 2023.

The Magnificent Laser Show Will Be On Display Till March End

The world’s tallest tower the Burj Khalifa has revealed the comeback of its famous laser show. The Burj Khalifa stunned the city’s residents with a scintillating firework and drone display for New Year’s Eve. The showcase was complete with a breathtaking ode to the different aspects of the UAE and its valiant fight against the Covid-19 pandemic.
The performances will take place from Wednesday through Sunday at 7:45, 8:45, and 9:45 p.m. And the show will be available until 31st March 2023.

At the Sheikh Zayed Festival in Abu Dhabi, fireworks that lasted longer than 40 minutes smashed 3 records in terms of both formations, and endurance. Awe-inspiring visuals were created by up to 3,000 drones in the sky as the countdown to 2023 began. On the other end, the eagerly anticipated pyrotechnics burst into the sky at midnight.

With their pyro-musical show, Ras Al Khaimah brought in 2023 in style. It has set two straight Guinness World Records. It was the most attended exhibition to date thanks to the over 30,000 guests and fully filled hotels during the festivities.
The 12-minute scenery lit up the sky with a mind-blowing pyrotechnic display with 673 drones. With larger-than-life fireworks display, setting new world records for the largest number of operated multi-rotors/drones with a simultaneous fireworks display. The second record was the largest aerial sentence formed by drones created. 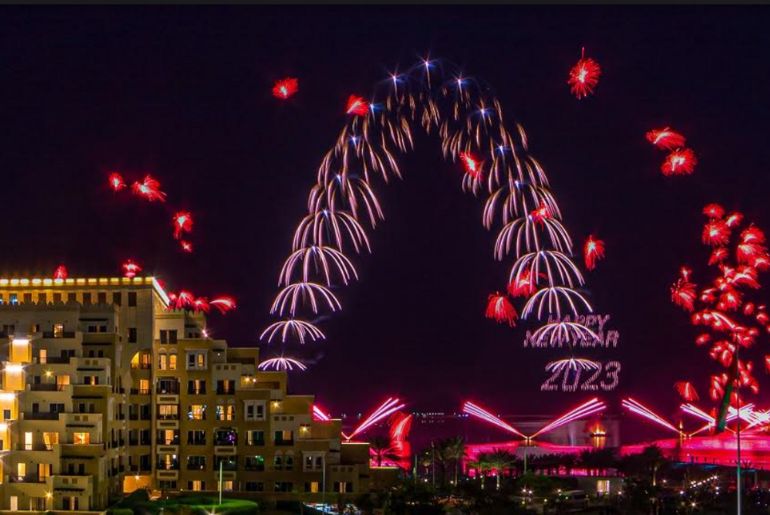