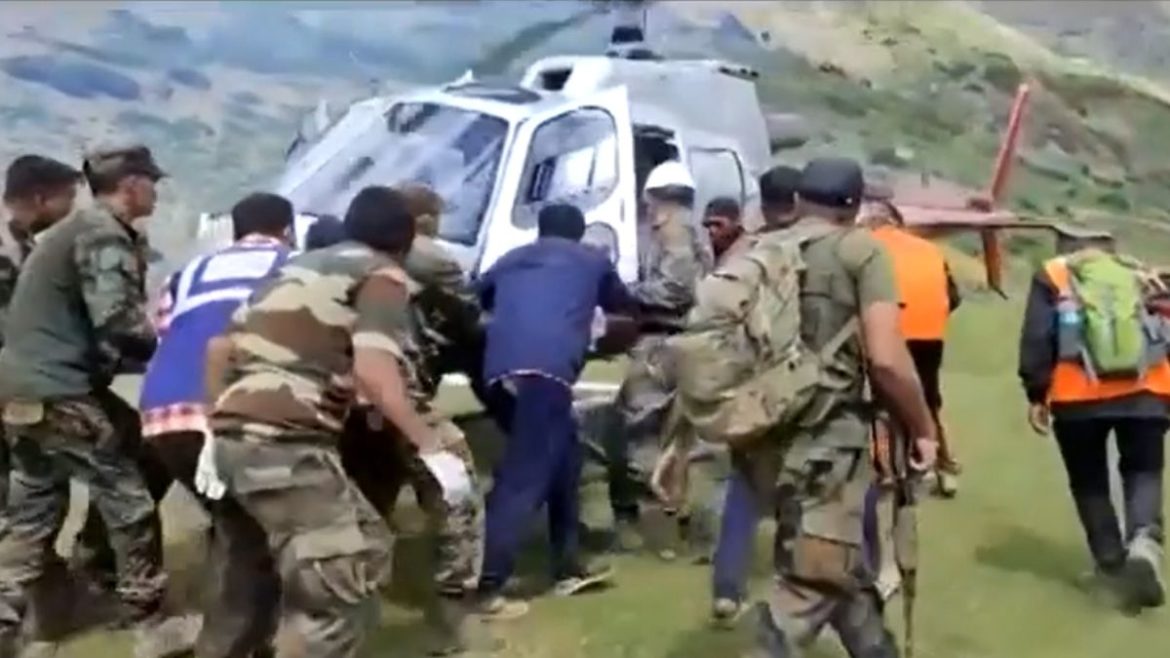 The Amarnath Yatra began on June 30 this year after a long halt of over three years. The government and Amarnath Shrine Board have arranged the best of stay, health services and food for the comfort of the devotees travelling there. Set at an altitude of 3880 metres, at Chandanwari in the Anantnag district of south Kashmir, many halt points and health check centres have also been built. However, in an unfortunate incident on Monday, the army had to airlift a traveller from the Brarimarg helipad after he fell around 100 feet. The traveller, aged 50, fell when his pony lost balance.

Army personnel informed that the 50-year-old man was on his way back from the Amarnath shrine after the darshan along with his wife and daughter when the incident happened. His pony lost balance and he fell 100 ft towards the river. The army troops were immediately able to rescue the man. A helicopter was called and he was evacuated from the Brarimarg helipad. The man suffered head injuries and fractures on his chest.

He has been shifted to Srinagar for further treatment.

A total of 7, 282 pilgrims have left for the pilgrimage of Amarnath Yatra under heavy security with over 332 convoy vehicles. Among them are 5,866 males, 1,206 females, 22 children, 179 sadhus & 9 sadhvis. The annual yatra has had 52,000 pilgrims till today for the darshan of Lord Shiva’s ice shivlingam.

Five deaths have been reported during the yatra. While three passed away due to a cardiac arrest, one died from a health condition, and the fifth died due to a fall from a horse at MG top, according to the official report.

The yatra will officially end on August 11.