Aomori City In Japan Is The Snowiest City In The World 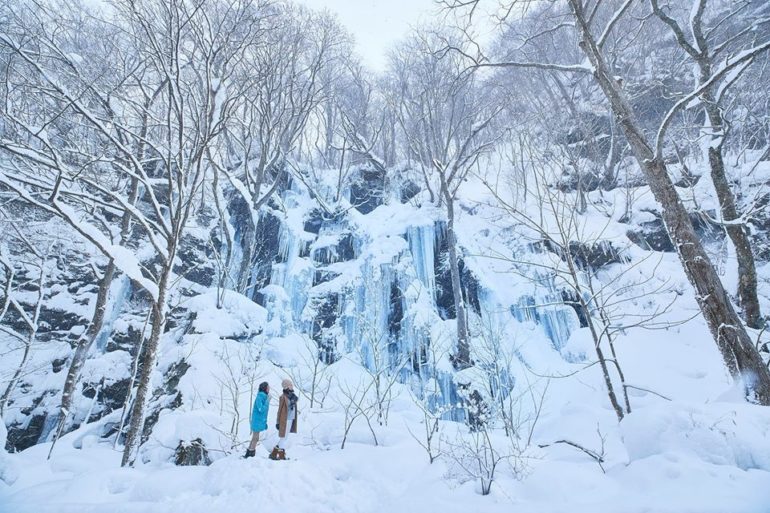 Do you want to build a snowman? Well, you can build plenty of them in Aomori City in Japan, which is the snowiest city in the world. Aomori City receives a whopping 26 feet of snowfall on an average every year. The coastal city is nestled between the Hakkōda Mountains and the edge of Mutsu Bay. So you can enjoy tons of snow during the winter season. The gets covered in thick white blankets of snow often leading to delays and even stoppage of public transportation but its a city that known how to celebrate the winter wonderland that it is. So if you really want to experience snowfall at its best and heaviest too then here’s everything you need to know about Japan’s Aomori City. 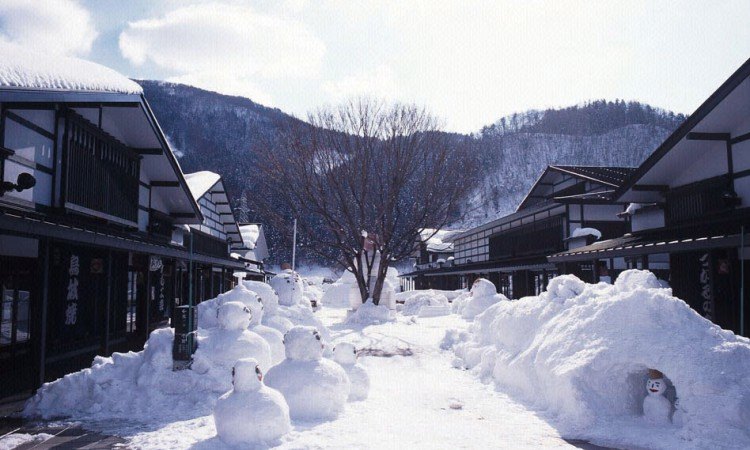 The construction on this seaport turned city commenced all the way back during the Edo period in Japan. Then in 1624, the city got its name, Aomori. This literally means blue forest in reference to the small forest perched on a hill which was situated near the town. In the present day, Aomori is home to 279,000 people and Accu Weather states that it’s annually buried in the heaviest snowfall in the world. It’s situated in the north of Japan, literally on the coastline which makes it susceptible to heavy snowfalls. Clouds are formed very quickly here as the separate winds collide as they come off the mountains and the sea. 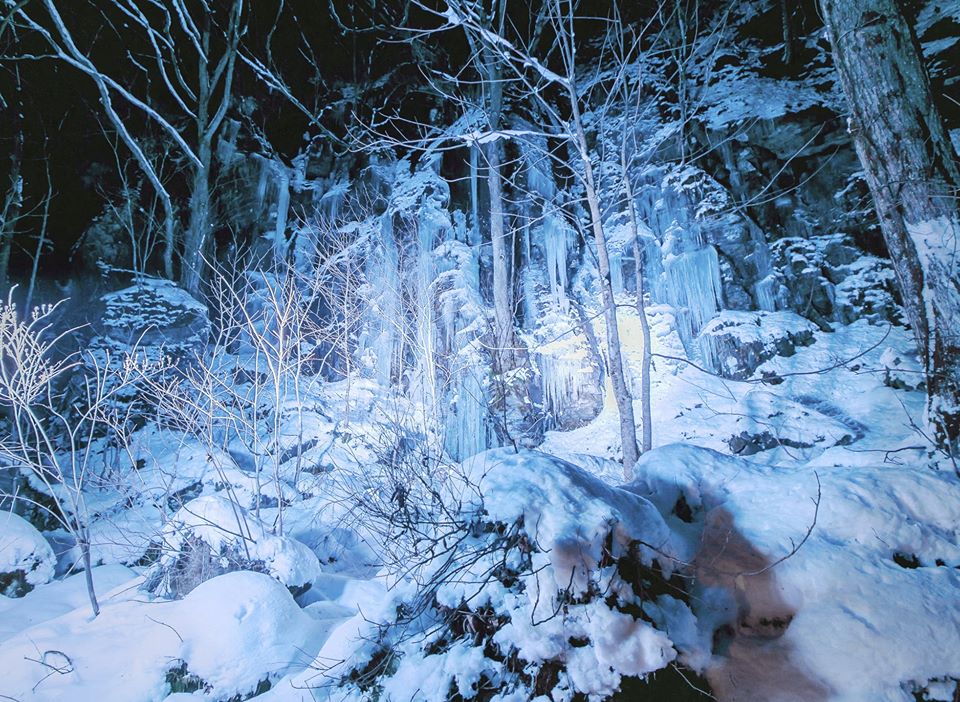 Due to the heavy cloud formation, the precipitation turns to snow instead of rain. The cold winter temperatures also facilitate heavy snowfall. Aomori City witnesses an average of 26 feet or 8 metres of snowfall every year, especially between November to April. Sapporo in Japan is the second snowiest city in the world and witnesses an average of 16 feet snowfall per year, 10 feet less than Aomori City.

Also Read: Cruise Through Takachiho Gorge, A Volcanic Canyon By A Waterfall in Japan 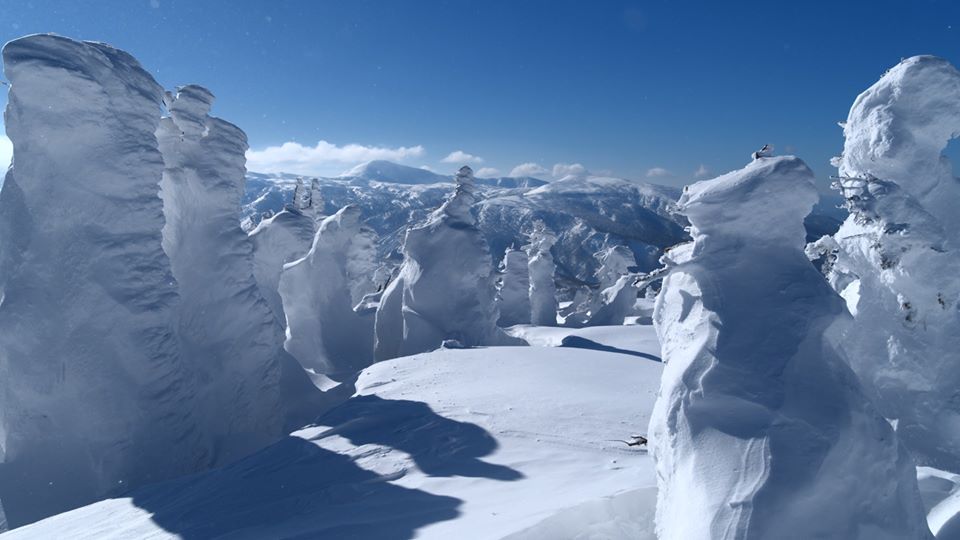 Affect Of Snow Fall On The Roads Of Aomori City

You must be wondering, if Aomori City is the snowiest place in the world, then how the locals manage on a day to day basis during this time? When it comes to driving here, it’s like driving on glaciers. The stretches of the Hakkoda-Towada Gold Line, the national highway is shut down every winter. It gets reopened in April. A team of snowploughs, bulldozers and snow sweepers spend around a month clearing an entire winter’s worth of heavy snowfall from the highway. A snow corridor is created due to the ploughs working its way. These snow corridors are sometimes even 26 feet high. The snow tunnel fascinates tourists, who clock from even 8 km just to take a stroll down the corridor before the highway is opened to the public. When you’re in Japan, Visit The Cup Noodles Museum In Osaka, Japan 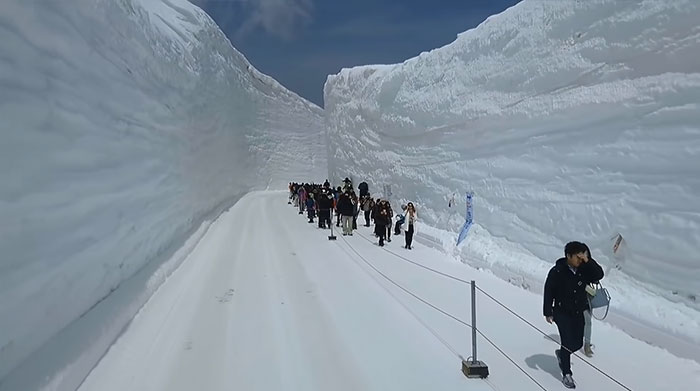 When it comes to city streets and local roads, residents either shovel it themselves or pay a contractor to do it for them. But it can seem a neverending tiring job, which most people consider it to be a form of exercise. Believe it or not but the Japan José Size Association actually provides precautions and practices to be kept in mind to transform snow shovelling into a workout or warmup exercise. However, some city walks are heated to free them off snow or ice. The city even installed borehole system and electric heating pumps across 7100 sq feet of area. But no matter what the city does there is always a vast amount of snow and slush during the winter season. People use snowshoes with grips to walk during the winters. Did you know Japan Airlines Has New Child Icon Tool To Help Passengers Avoid Sitting Near Infants? The small population of Aomori City has made it possible for the region to not need extensive infrastructure or public transportation systems like that of Tokyo or other large cities. You can travel around by hopping on the Aomori Railway Train at the station in Aomori City. If you want to get a beautiful view of the snowy countryside then the potbelly train known for its warm potbelly stove is a good option. 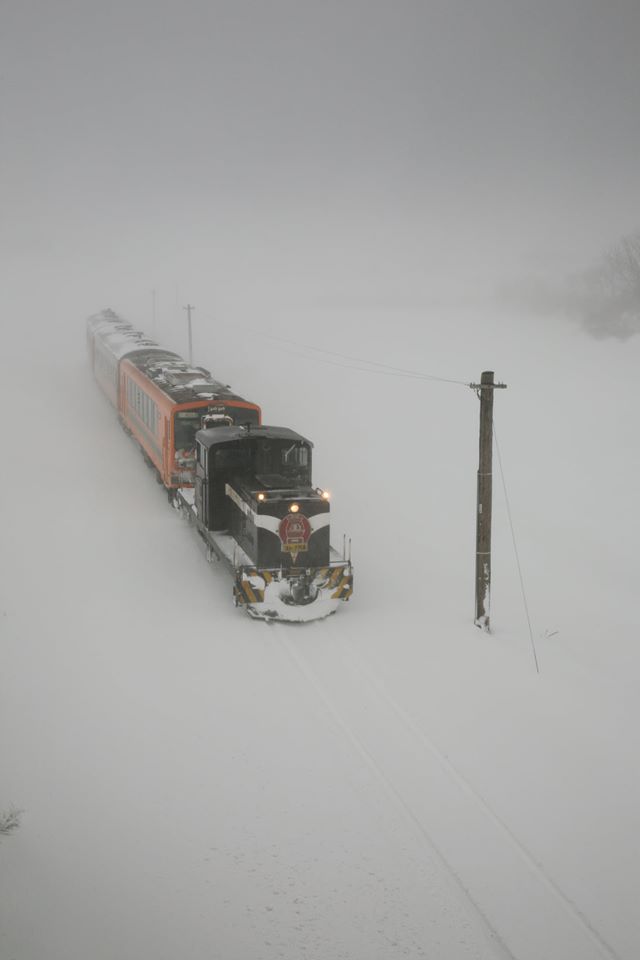 From Aomori City board the Ou Line via the East Japan Railway Company to travel to the Tsugaru Goshogawara station. There you can get on the old passenger train for a 12-mile novelty ride. The trains here are unique and are specially built to keep passengers warm during their journey. Stoves are placed on the train so passengers can sit and warm themselves. The stove needs to be poked and prodded to make sure it’s burning. When it comes to trains did you know China’s Love Train Is All Set To Hitch A 1000 Single People? 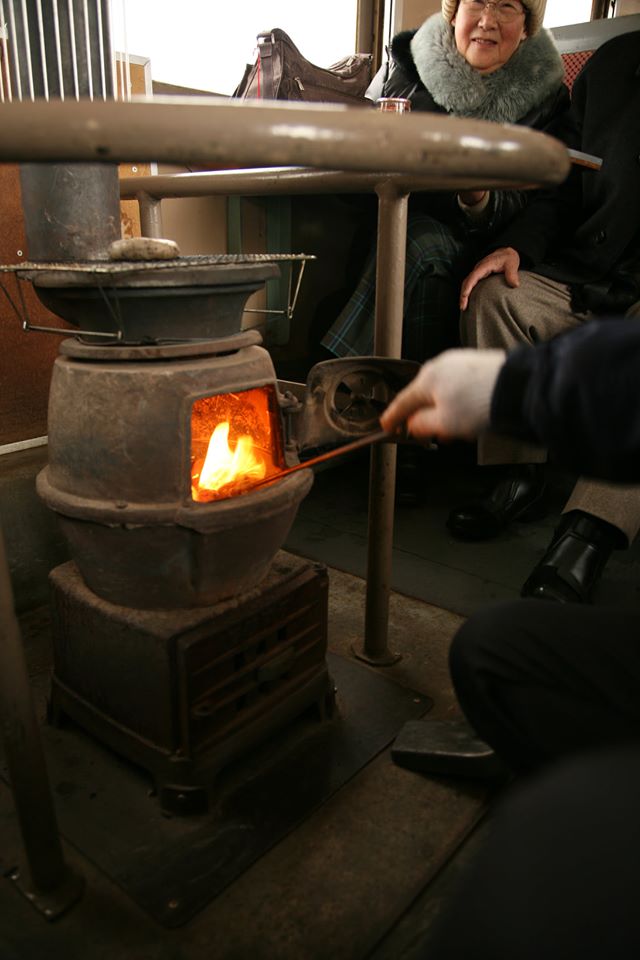 The heavy snowfall in the region often poses problems to transportation, especially during the winter season. Independent volunteers and government-employed companies keep the railway tracks clean of snow and ice with a little assistance fro technology. The high-speed train Tokyo-to-Aomori Shinkansen run by the East Japan Railway Company uses a warm water sprinkler system to clean the snow and ice from the tracks. Water is pumped from local rivers and then collected for reuse. While employees are not allowed to clear the high-speed tracks but they help out to scrape the snow off the train themselves. A special snow clearing team is employed to clean the airport runways near the Aomori Airport during takeoff and landing. The team know as White Impulse is a 38 vehicle formation of snowblowers, snow sweepers, snowploughs, anti-freeze sprayers and other smaller vehicles are sent out simultaneously to clear the airport runway within 40 minutes. This is done mainly during the winter season when there’s acute snowfall.

Places To Visit In Aomori City

For those of you who love winters and really wish to experience snowfall at its best, do visit Aomori City. There is plenty to explore here like the A Factory which is a beautiful food market. You can shop for everything under the sun from fresh fruits and vegetables, industrial art and whatnot. Art lovers can head to the Aomori Museum of Art and the Nebuta Museum Wa Rasse, to gape at the majestic 3D installation made of wire and paper. 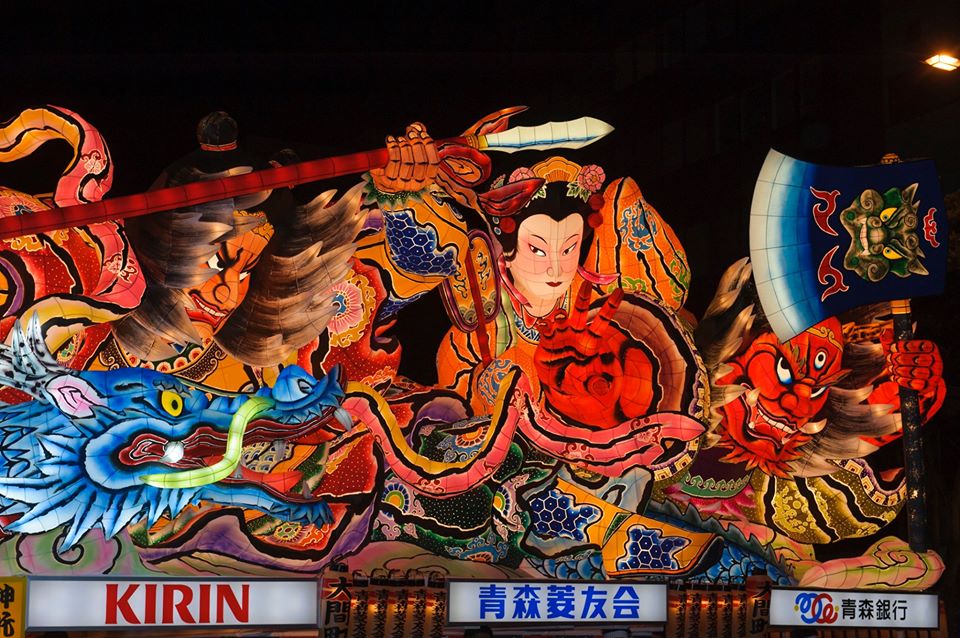 Head to the Jogakura Bridge to witness a spectacular view of the city. If you visit this place during the autumn season the cherry blossoms and maple trees paint the city beautifully. Experience the autumn foliage in all its glory by going on a fun cable car ride at the Hakkoda Ropeway. Check out Okunoshima: A Mysterious Rabbit Only Island In Japan 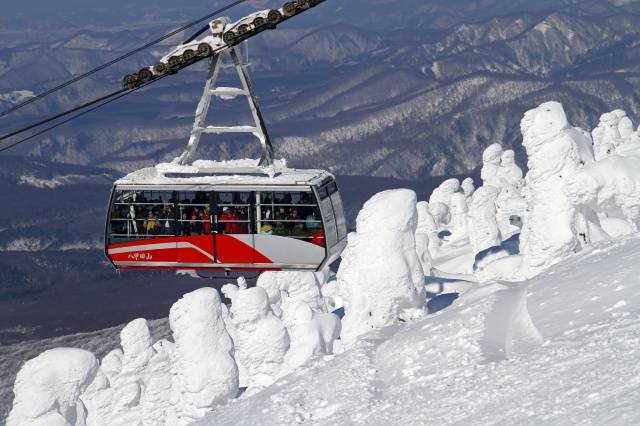 Well, the snowiest city in the world definitely took our breath away. And if you want to experience this too then get your sweaters, jackets, mufflers and all your winter gear, build your snowman and have your own little Frozen experience.