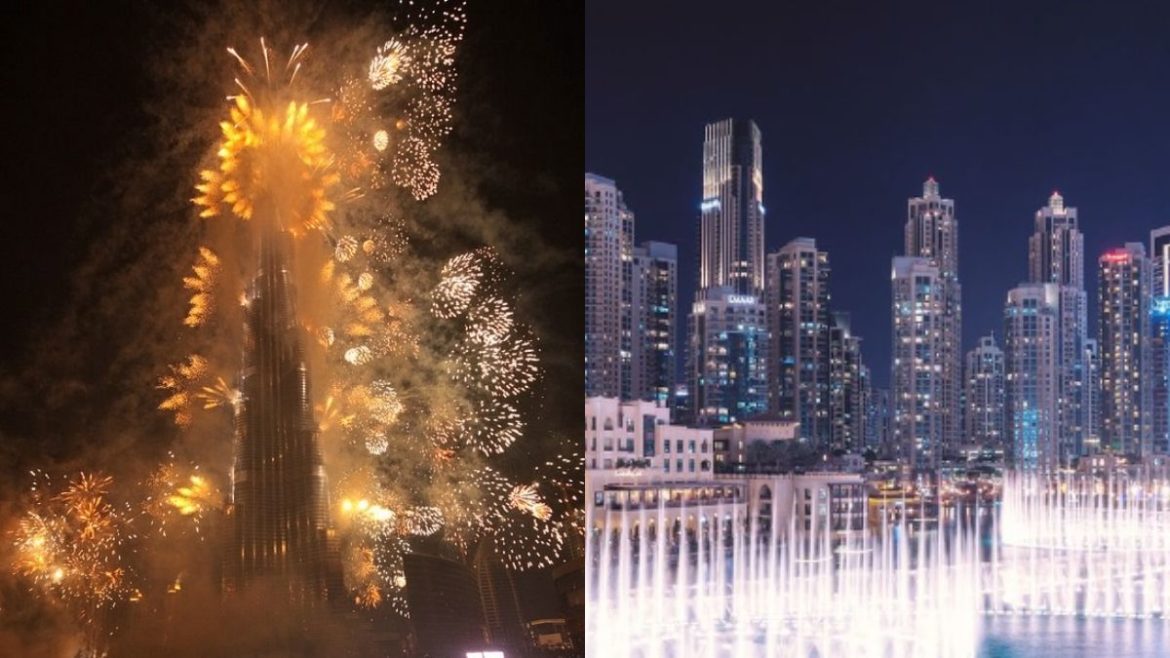 Burj Khalifa, the tallest building in the world, is known across the globe for its breathtaking New Year’s Eve show. The tallest building is illuminated with the brightest and most colourful lights. It is known as one of the best places on the planet to witness mesmerising fireworks. This year, it promises to set a new world record with its spectacular laser and firework show as the world rings in 2023.

The Burj Khalifa tower’s master developer, Emaar, announced that there will be a laser show, which will surely be the “world’s largest laser display,” on this new year’s eve. He said that the light beams will also set a record for travelling the longest distance recorded so far. The tallest building on the planet and its famed facade will all be illuminated with an amazing laser show.

The iconic tower will be a display of happiness, hope, and harmony for the upcoming year 2023. This enthralling experience will not only be witnessed by the people in downtown Dubai but also by another 1 billion viewers through different channels. As the show lights up the emirate’s sky, the fountain at the base of the building will also dance in sync.

A Part Of Dubai’s Celebration Since 2010

The synchronised performance by the Dubai Fountain to enchanting music has always been mesmerising and is part of the mega plan this year as well. The celebration will also include the famous fireworks show, without which the celebration will seem totally incomplete. The well-known pyrotechnic display has been a part of New Year’s Eve celebrations ever since 2010.

Emaar is expected to soon reveal further details about this mega celebration. But before New Year’s Eve, the Burj Khalifa will be hosting a themed LED light show to mark the UAE’s 51st National Day.

A post shared by Burj Khalifa by Emaar (@burjkhalifa)

How excited are we?