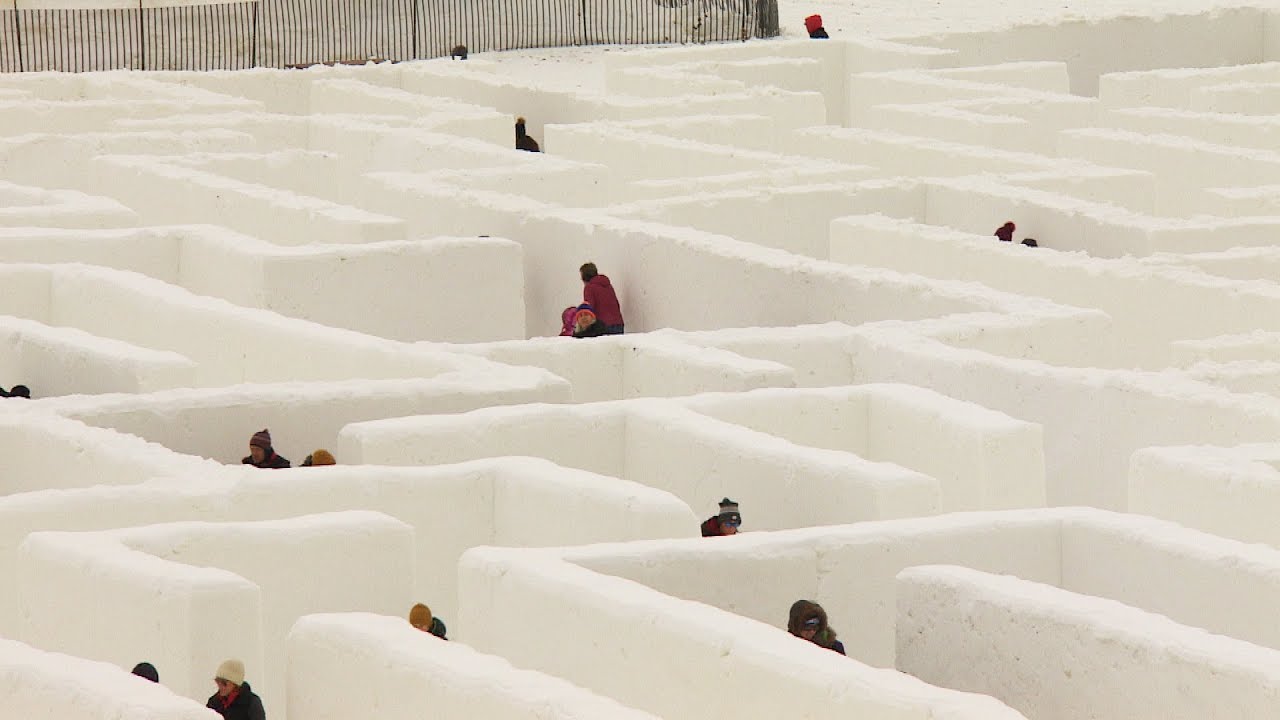 Under 140 Characters
Clint Masse, a resident of Manitoba in Canada, built the largest snow maze and entered the Guinness Book of World Records.

The Hottest News
In the exceedingly cool climes of Canada, Clint Masse warmed the cockles of people’s hearts with his record-breaking snow creation. Clint has a history of building mazes, having personally designed and erected corn mazes on his property in St. Adolphe, Manitoba for 21 years. The challenge here was to build one in snow. That too, bigger than the current record holding maze! And Clint and his team were up for it. A Maze in Corn Inc. started building this maze in December 2018. And it took them 6 weeks, 150 semi-truckloads of snow, 12 people working full time and 57,000 Canadian Dollars to beat the record. The crown-holder snow maze, at Fort William Historical Park in Thunder Bay, Ontario measured 1,696 sq. mts. When the Guinness World Records officials measured Clint’s maze on 10th February 2019, it stood at 2,789.114 sq. mts. What an achievement! One that was smartly planned.

How Did Clint Make It Happen?

A snow machine and a snow blower were employed to make enough condensed artificial snow for the ambitious project.

In Clint’s own words, “Man-made snow is more stable than natural snow. If you drive through the snow walls in the maze you’re gonna break your car before you break those walls.”

Well, who would want to drive through maze walls that are 6.5 ft. tall and 2 ft. thick! A walk around them would do.

The time one could take to walk through the entire maze would be around 30 mins. depending on one’s ability to navigate it. The good part is, there are extra exits as a safety precaution, should one need to leave due to climactic or other reasons. To make the maze more interesting, there are statues inside and even fire pits to keep people warm. The maze has already attracted around 1,000 visitors per day over the weekend. And surely, more people must be keen to watch this spectacle before it melts away. The maze is slated to remain open from Thursday to Sunday until 17th March. If the weather God permits, maybe even longer.

The winner maze is located 10 minutes south of Winnipeg on St. Mary’s Road, and it’s hardly any surprise if all roads lead there right now.