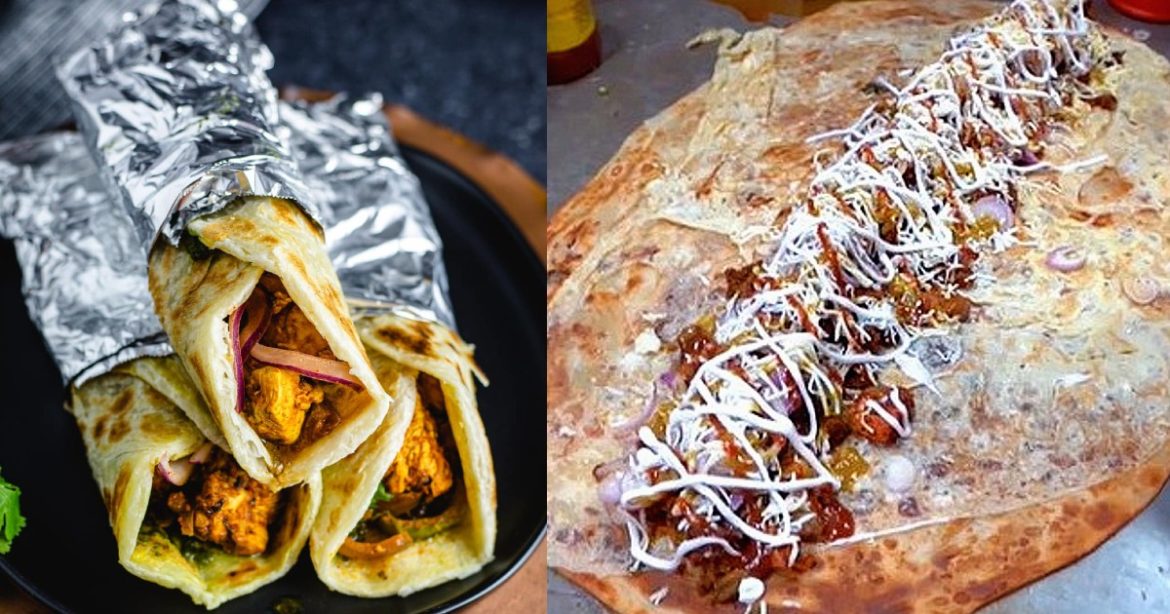 Apart from roshogollas and biryanis, another food from the streets of Kolkata that wins the hearts of millions is kathi roll. A bite of a luscious roll loaded with juicy meat chunks, sauces, veggies, spices and onions is simply heavenly. And now a food joint in the city is making a giant kathi roll which it is claiming to be the biggest chicken egg roll in the world. The roll is about 23 to 26 inches and is stuffed with zesty mixed veg, paneer tikka kebab, mutton kebab, chicken kebab and grated cheese. 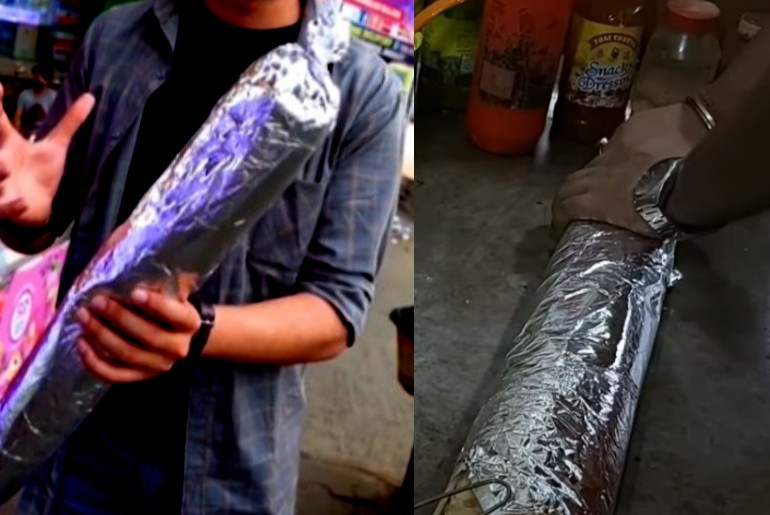 Save Your Hunger For The Jumbo Roll Containing Chicken, Mutton, Cheese And More

When you’re in Kolkata, you got to save your hunger for something big. Chef Alladin, a street-side shop in South Kolkata’s Garia, sells a jumbo cheesy roll ₹349. Reckoned as the world’s biggest chicken egg roll, it hugs a stuffing that’s jaw-droppingly delicious. It has a size of around four kathi rolls and the giant paratha is made out of four lachcha paratha balls. For the stuffing, first, a spicy veg mixture containing carrot, cabbage, green peas, dhania and more is put on the paratha. To this, the guys add chicken seekh kebab, mutton kebab, paneer tikka, soybean chunks, chicken shami kebab, mutton shami kabab and more. Before folding the roll, they top the mixture with delicious sauces, mayonnaise, grated cheese and more. This overloaded roll will get your tummy full in the most delightful way. A page named india_eat_mania has recently shared the video of the roll on social media. If you’re a veggie, the guys have also got a veg version of the giant roll. Top 8 Street Foods In Kolkata To Die For

Kolkata Was The Birthplace Of The Iconic Kathi Roll

Kolkata is the birthplace of the popular street-dish, the kathi roll. Nizam’s Restaurant in Kolkata’s Dharamtala was the first to prepare the dish in 1932. Therefore, to get the original essence of the scrumptious kathi rolls, you have to taste them from the Kolkata streets. And if you’re up for tasting the giant version of it at Chef Alladin, ensure to keep your stomachs empty as the roll is heavy, both on weight and taste. 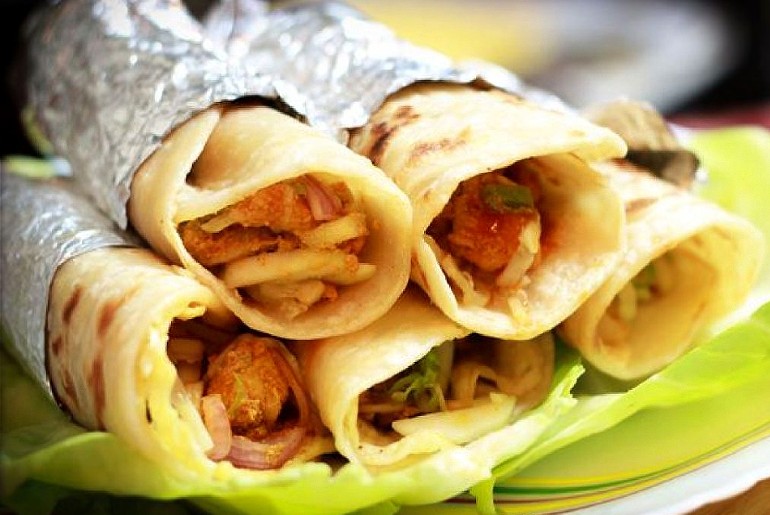 For now, enjoy the virtual tour of Kolkata from the comfort of your couch:

Indulge In Over 200 Varieties Of Fresh Juices...