Chocolate Biryani Is The Latest…
Pastry Chef Goes Viral By…
Zomato Offers Help To Viral…
Jacqueline Fernandez: I Make My… 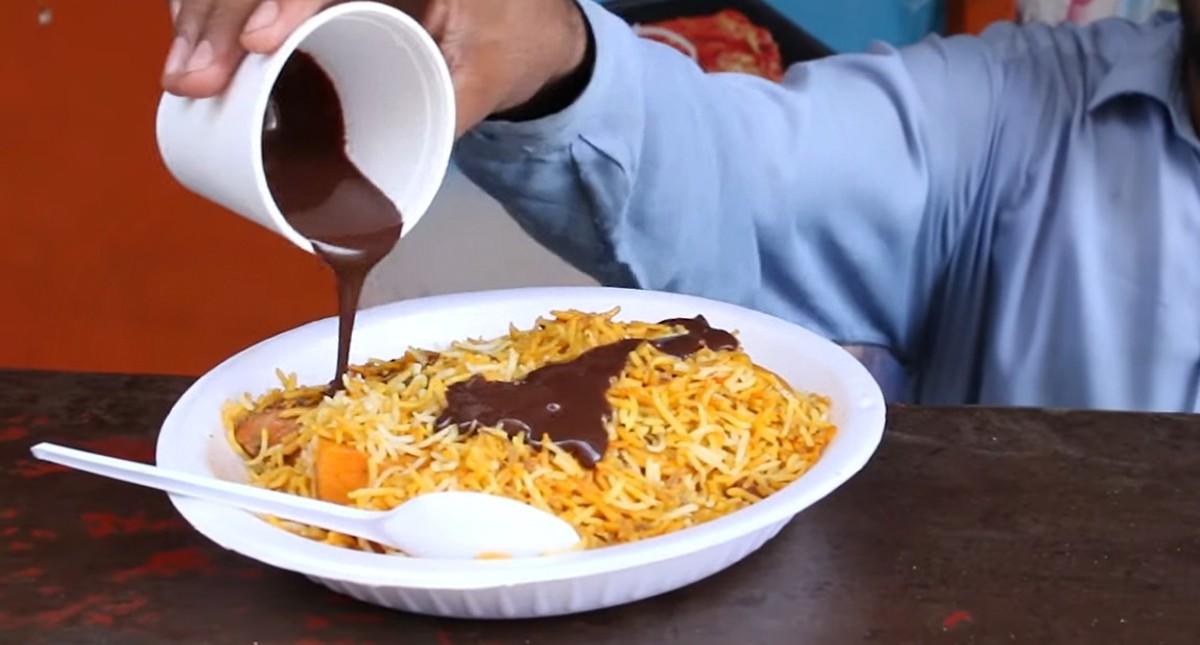 A plateful of aromatic, spicy biryani topped with juicy chicken is pure emotion. But how would you react if we say that someone just drenched our favourite biryani with liquid chocolate? Chocolate biryani is also a food trend now and a shop named RCB in Karachi is actually serving it up. FHM Pakistan shared a video of this bizarre dish on YouTube on June 14, 2021. A man in the video tasting the biryani actually seemed to love it. But biryani lovers on the internet are clearly disappointed.

The Internet Is Displeased

Though the strange biryani was liked by the host, it did not go well with the netizens. One user wrote, ” How dare you!”, followed by a punch emoticon. Another wrote, “Mein pure vegetarian hu aur ye dekhne ke baad mera pulao se vishwas uth gya.”( I’m a vegeterian, and after watching this I have disbelief on pulao too). In another Youtube Channel, the host has also been trolled for his reaction, “Oye hoye hoye hoye hoye! ” Many people called it, “Oscar Level Acting”. And we’re still out of words.

What do you think of this combination? Let us know in the comments section below.