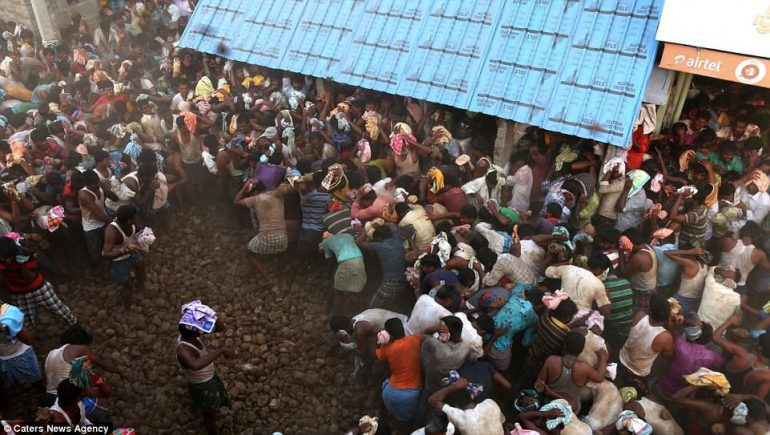 Under 140 Characters
In Andhra Pradesh, people throw cow dung cakes at each other in an annual Ugadi ritual. It is believed to bring prosperity.

It’s All About Belief
Strange as they may sound otherwise, it is sheer faith that make certain rituals doable. And they are fun too, in their own quaint way. Like, Pidakala Samaram. Conducted a day after Ugadi every year, it is a slug fest in which people fling cow dung cakes at each other. This annual tradition is observed in Andhra Pradesh’s Kairuppala village in Kurnool district. It is a symbolic war that happens over a mythological wedding dispute.

Legend has it, that Lord Veerabhadraswamy wanted to marry Goddess Bhadrakali, but there was opposition from the Goddess’s side. This opposition was expressed by throwing cow dung cakes and it is this tradition that continues to this century. The quasi war happens between two sides, one group of fighters (of Golla and Kammara castes) throw cow dung in the name of Goddess Bhadrakali, while the rest do so in the name of Lord Veerabhadraswamy. Finally they all celebrate the divine wedding of the Lord to the Goddess. 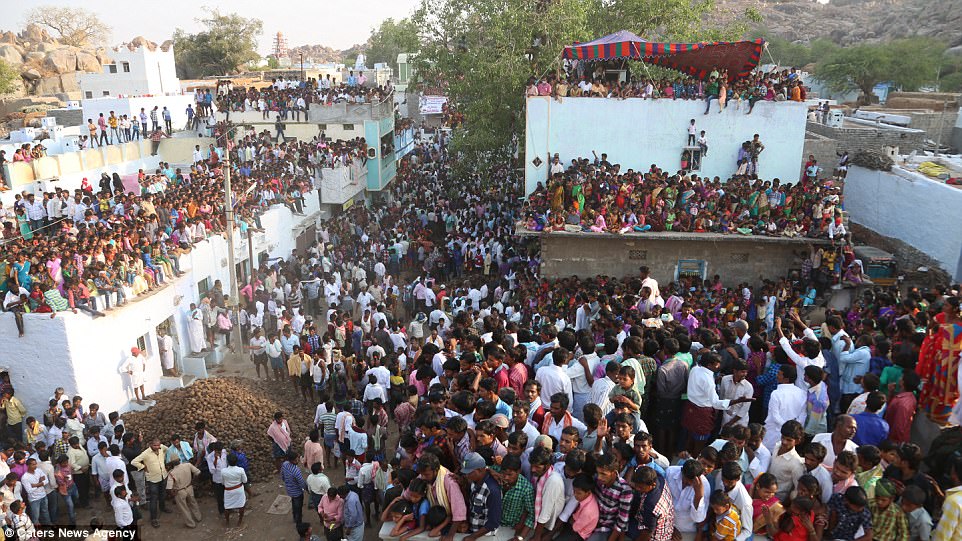 This ritual, it is believed, brings health, prosperity and rains to the villages. In case, when people suffer any injuries or aches or pains while performing this ritual, it is said that applying the tilak of Lord Veerabhadraswamy on the forehead heals it in three days.

Following this ritual for ages shows how strongly people believe in the Pidakala Samaram ritual and how fervently they celebrate their rich cultural heritage.