One of the largest airports in the world and the busiest airport in India, Delhi’s Indira Gandhi International Airport ( IGIA) has just got an amazing facelift. In 2010, with the introduction of Terminal-3, it had become India’s and South Asia’s largest aviation hub. And on September 17, Aviation Minister Hardeep Singh Puri inaugurated a terminal in this airport exclusively for private jets. This new terminal has 57 parking bays and it will be capable of handling up to 150 private jet flights in a day. This private jet terminal is the first-of-its-kind in India. The demand for private jets also increased among wealthy travellers for safe travel amid the coronavirus pandemic.

The Indira Gandhi International Airport in Delhi got India’s first-ever exclusive terminal for private planes with 57 parking bays. The flight operations of these private jets fall under the “general aviation” category. According to reports, referring to this private jet terminal, Mr. Puri said, “This terminal looks good. People like me use the other terminals but those who use this terminal, I am sure their feedback – when they start using it – will also be very positive.” He added, “I am sure this will be a small but significant boost to general aviation.” Mr. Puri also took to Twitter to share the good news, where he stated, “Happy to inaugurate a General Aviation Terminal at @DelhiAirport today. Today we have more than 100 general aviation aircraft & more than 300 non-scheduled operators registered with DGCA.  We see this figure growing further in the coming days.”

Happy to inaugurate a General Aviation Terminal at @DelhiAirport today.

Today we have more than 100 general aviation aircraft & more than 300 non-scheduled operators registered with DGCA.

We see this figure growing further in coming days. pic.twitter.com/awpAlmyYLN

In another tweet, the minister said, “A general aviation terminal was the need of the hour at Delhi Airport,  even in these times. This new world-class terminal will help ease passenger movement, fulfill the needs of general aviation users & will contribute to the growth of the civil aviation sector in the country.”

The new terminal will have the capacity to handle nearly 150 private jets on a regular basis. It will be able to handle around 50 passengers every hour. It has spacious passenger lounges and 24×7 personal concierge services, according to Delhi airport’s operator DIAL.  It also has food, beverage and retail sections. Mr. Puri also notified the Delhi airport had been managing around 40 ‘general aviation’ flights per day prior to the coronavirus pandemic. At present, it is handling around 20 such flights per day. 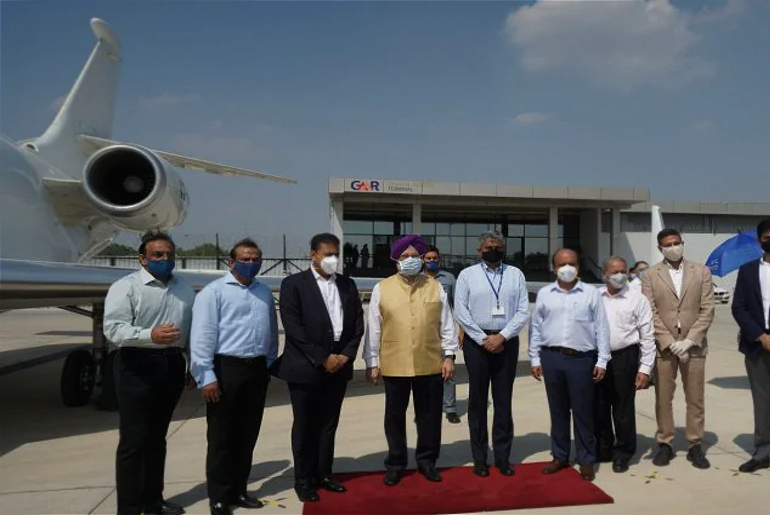 Rahul Muchhal, the CEO of Accretion Aviation has told Curly Tales that a private plane is the safest way to travel amid the coronavirus pandemic. He further informed that passengers prefer to travel by private planes as they find it a safer mode of travel in comparison to a commercial flight where they come in contact with over 300 people right from check-in to the time when they reach their destination. 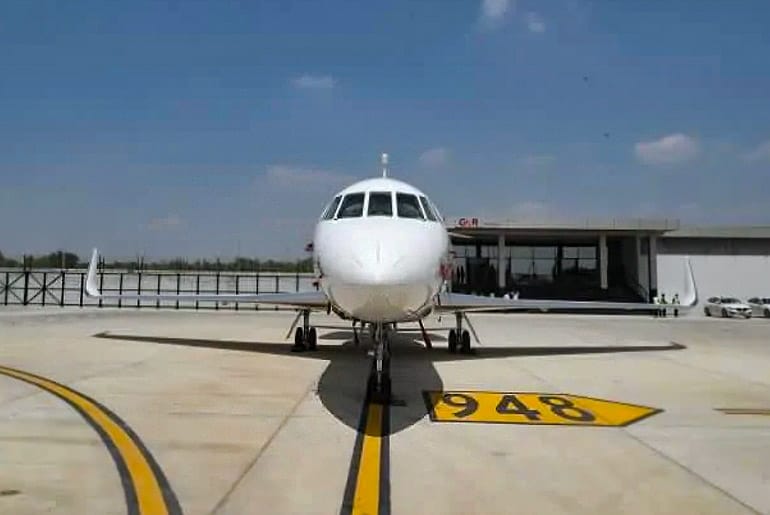 Have you travelled in one of these private charters amid the lockdown? If yes, share your experience in the comments section below. Meanwhile,  here’s why Vistara CCO thinks that air travel is the safest way to travel now: