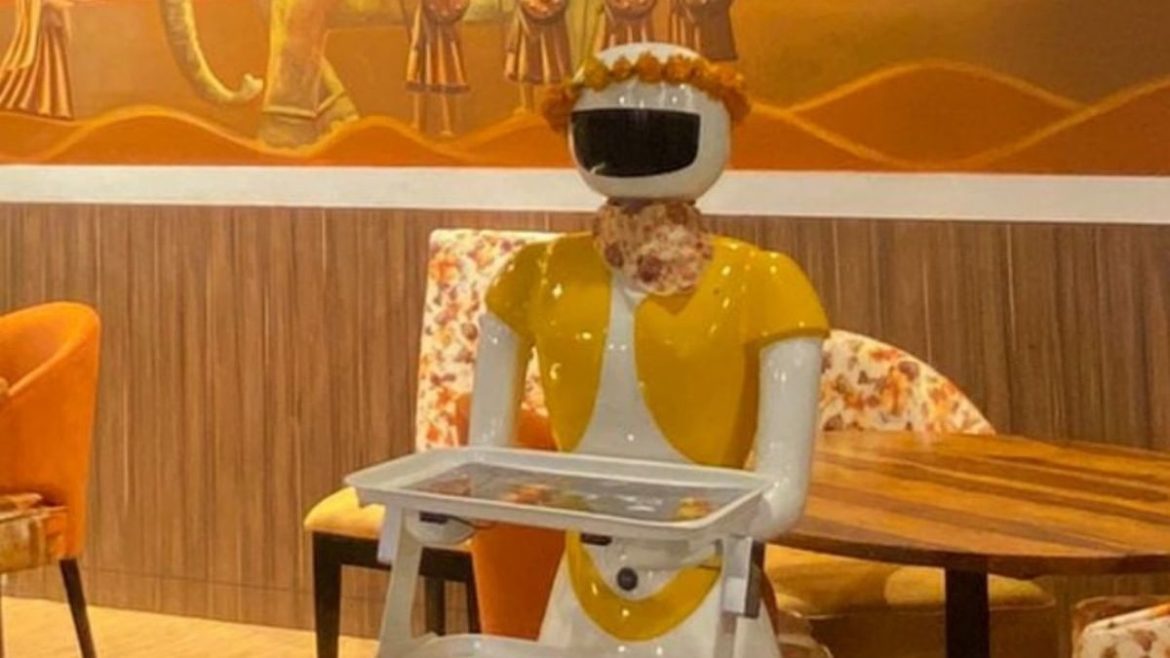 Imagine sitting in a restaurant and waiting for waiters to help you out with your hunger needs and instead of human waiters, robots walk in as waiters. How amusing would that be! Well, you can experience that now. No, not at all talking about any foreign land, it’s in Noida itself. No, we aren’t joking, After Jaipur, now Noida gets its first restaurant with robots as waiters ready to serve you meals that satiate your cravings.

Welcome To The Future

The Yellow House- Robot Restaurant in Noida welcomes you to this futuristic experience. The recently launched restaurant is the first one in Delhi-NCR.  It is a multi-cuisine restaurant which has three successful restaurants in Jaipur. There are two cute yellow robots in the restaurant who serve food and attend tables. These robots are addressed by the name Ruby. they serve food to the customers on trays built and not their hands.

An Appealing And New Concept

Owner of The Yellow House-Robot Restaurant, Jishu Anand said that the robots work on AI (artificial intelligence) and with just two to three hours of charging, they can function for the entire day. The information from each table is fed into the robots. Once a table number is entered on a phone or tablet, the robots go to the table and serve the food. Harshit Sharma, director of Ltc Hospitality which owns Yellow House said that their appealing concept was well accepted by the people in Jaipur and that is how they came up with another in Noida.