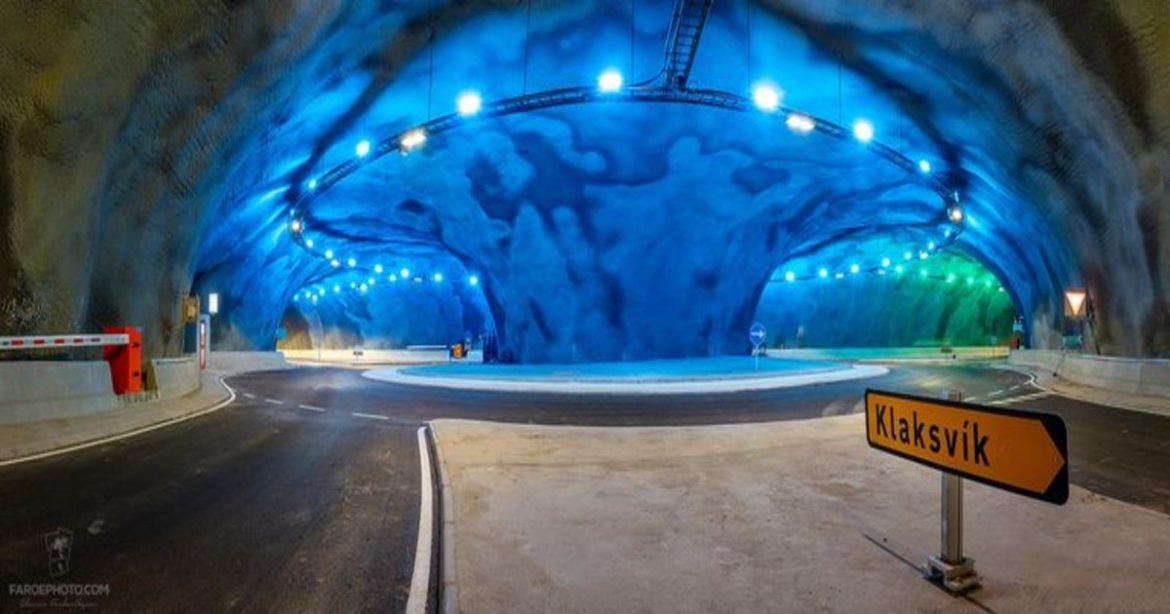 he Faroe Islands is about halfway between Iceland and Norway. The autonomous territory within Denmark consists of 18 major islands and is a fascinating place in the world. There are about smaller islands called skerry, which is too tiny for human inhabitation. Here, the inhabitants get around in an awesome yet terrifying underwater tunnel which now includes a fascinating underwater roundabout.

Also read: Helicopter Rides To And Fro From These Denmark Islands Cost Less Than ₹900 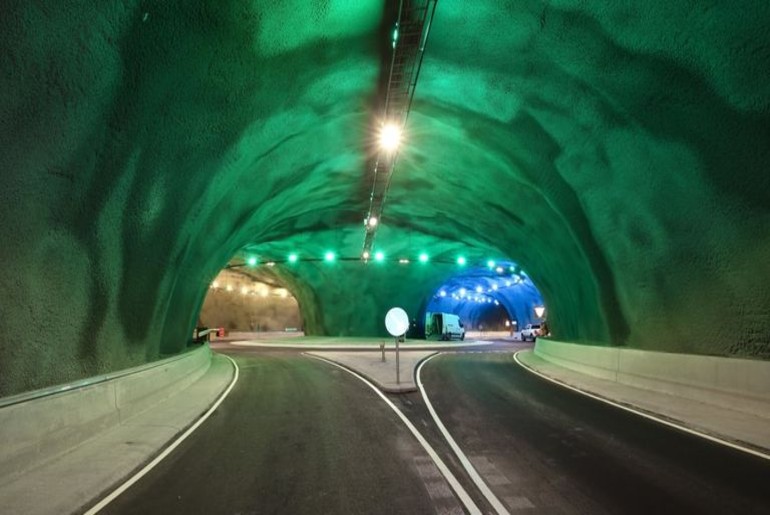 The Tunnel Is 613 Feet Under North Atlantic Ocean

The Eysturoy tunnel situated 613 feet under the North Atlantic Ocean will soon open to public tourists. The five-mile-long tunnel has a central roundabout that looks straight out of a video game. The tunnel will shorten the drive from Torshavn to Runavik and Strendur on the island of Eysturoy from 64 to just 16 minutes. This Andaman Resort Hosts Dream Underwater Weddings In The Depths Of Arabian Sea. 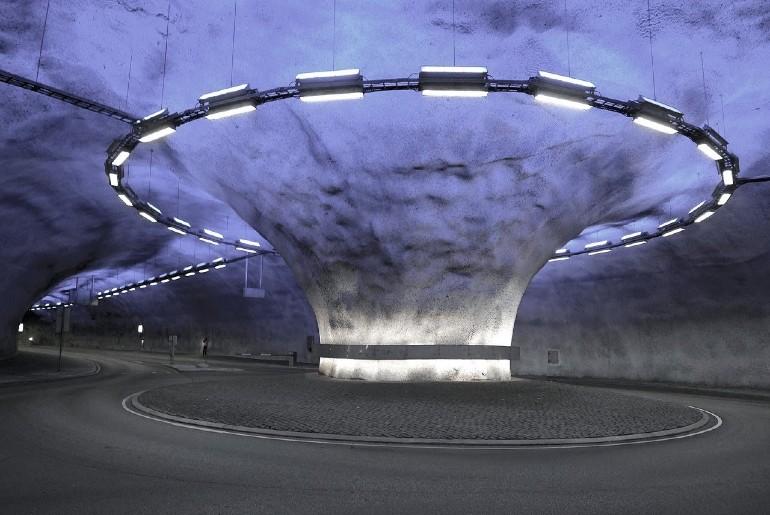 The Traffic Circle Is Illuminated & Made Of Natural Rock

A local artist named Trondur Patursson designed the traffic signal portion made of natural rock. The colours in the signal change from blue to yellow to green in the signal. The illuminated structure symbolises the moving from the darkness towards the light. It also resembles the traditional Faroese chain dance, where people hold hands and link up together in rings. Poland Gets The World&#8217;s Deepest Swimming Pool With Underwater Rooms &#038; Glass Tunnels.

This underwater traffic ring should be your first post-covid trip.