Dia Mirza, Fatima Sheikh, Sanjana Sanghi And Ratna Pathak Come Together For A Road Trip Movie Through Himachal And Ladakh 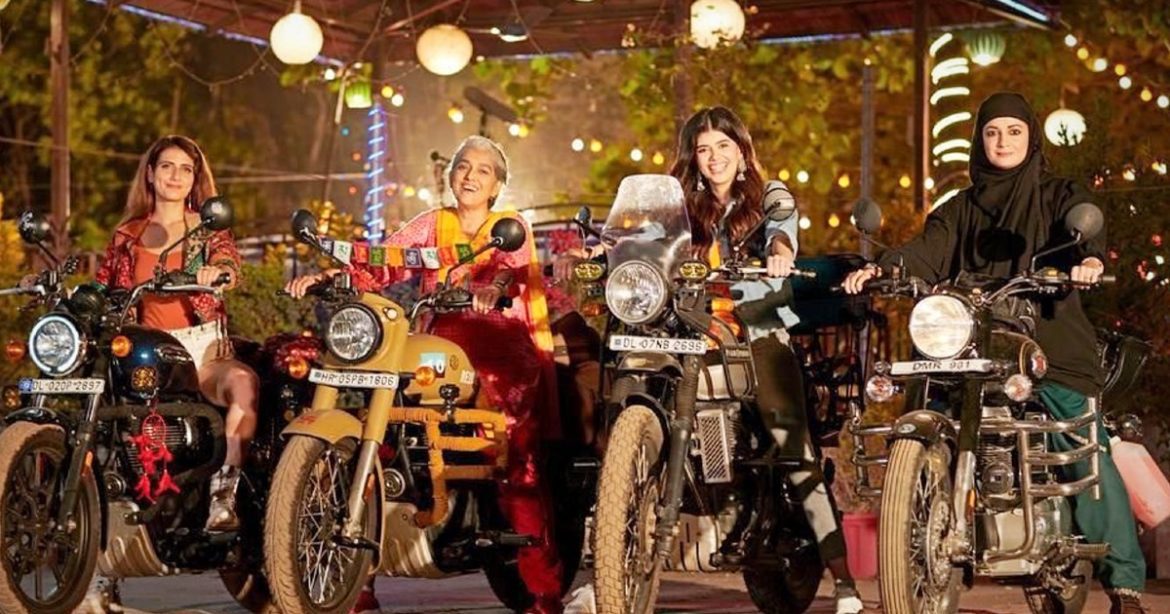 Society has a lot to say about women going on bike rides. Powerwomen, on the other hand, take to the streets refuting all the ifs and buts. And there is no ideal age, time, or status for embarking on such a journey. Any woman, whether a young girl about to start college or an elderly lady in her 40s, can make the trip if she has the willpower to do so. The upcoming movie Dhak Dhak is ready to celebrate womanhood with an incredible bike trip through the scenic trails of India.

In the movie, four women of different ages from different spheres of life will come together to embark on the journey. Dhak Dhak will star Dia Mirza, Ratna Pathak, Fatima Sana Sheikh and Sanjana Sanghi in the lead roles. The actresses are already giving glimpses into their journey through their social media posts.

The cast and crew of Dhak Dhak have already released behind-the-scenes pictures of the movie from surreal locations of Himachal Pradesh and Ladakh. From lofty mountains, dreamy glacial lakes and babbling streams to picturesque hamlets and forest trails, the pictures have everything to spellbind a wanderlust soul.

Also Read: Your Ultimate Guide To Tirthan Valley And Jibhi In Himachal Pradesh

The Film Unveils The Hidden Gem Koksar In Himachal Pradesh

For the filming of the movie, the team also visited a hidden gem in Himachal Pradesh, around 19 kilometres away from Rohtang Pass. Known as Koksar, this is one of the most postcard-perfect villages in the Lahaul Mandal of Himachal. Dia Mirza meditated in the mountains of Koksar and celebrated yoga day.

Dia Mirza has shared some alluring pictures from the monasteries and mountains of Ladakh which she had clicked while shooting at the location. She had visited Ladakh’s Lamayuru Monastery and also took a stroll by the turquoise river.

Though the exact release date of the movie has not been announced yet, it is slated to hit the screens sometime around August 2022, as per reports. Till then, here is a list of 5 Bollywood Movie Inspired Road Trips You Need To Take In Real Life!