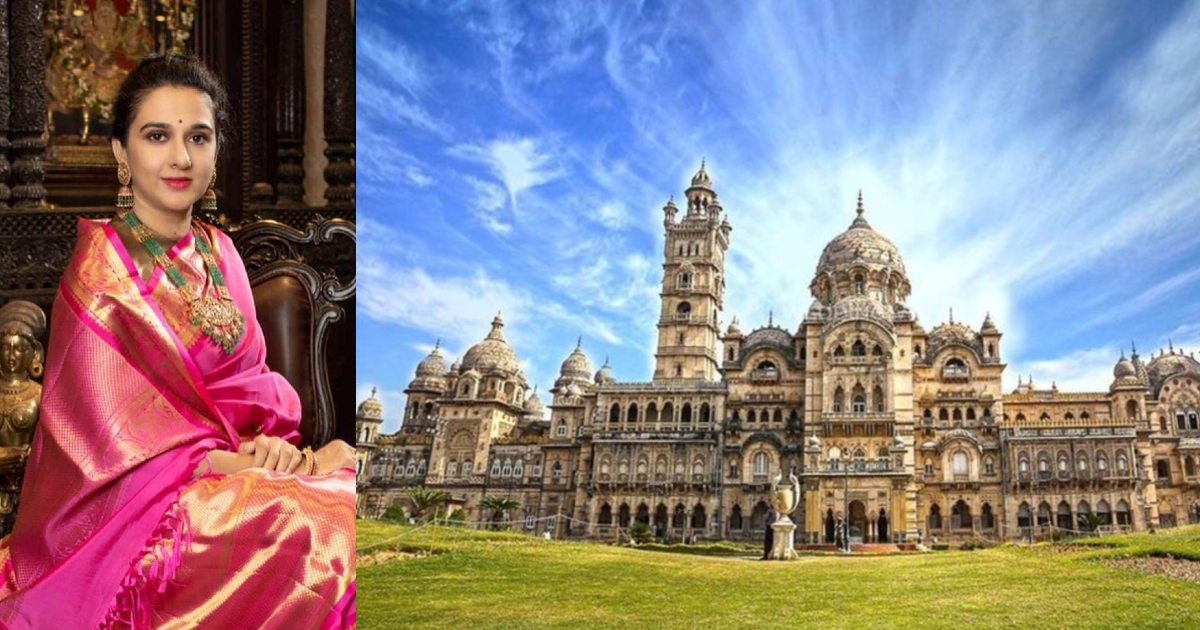 India is home to many royal kingdoms and palaces. Interestingly, some of these kingdoms are still owned by Maharajas and Maharanis. These kings and queens might not put on long and glittery cloaks and gowns like the ancient times, but definitely wear the royalty brought down through the ages. Today, we are going to talk about Maharaja Simarjit Singh Gaekwad of Baroda and his Maharani Radhika Raje. The MillionaireAsia magazine has featured Maharani Radhika Raje as ‘The Modern Maharani’. 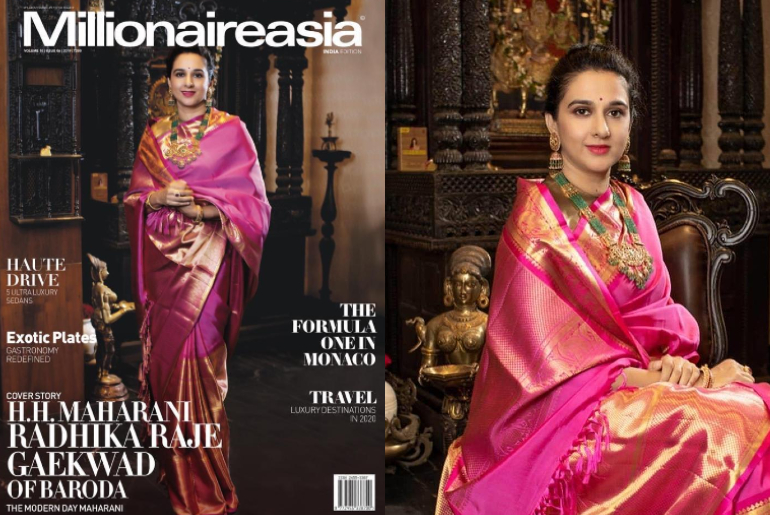 The Queen With A Master’s Degree In Indian History

Maharani Radhika Raje got married to Maharaja Simarjit Singh Rao Gaekwad in the year 2002.  She is the daughter of Maharajkumar Dr. Ranjitsinhji of Wankaner. Radhika Raje is raised in one royal family and married to another. No wonder, history is in her roots. She has also completed her Masters in Indian History. Before marrying the Maharaja of Baroda, she had worked as a journalist for leading magazines and dailies. At present, she looks after the digitalisation of the assets of the palace. As per sources, she is a connoisseur of traditional fashion too. There is an impeccable grace in the way she carries herself – minimal yet elegant. 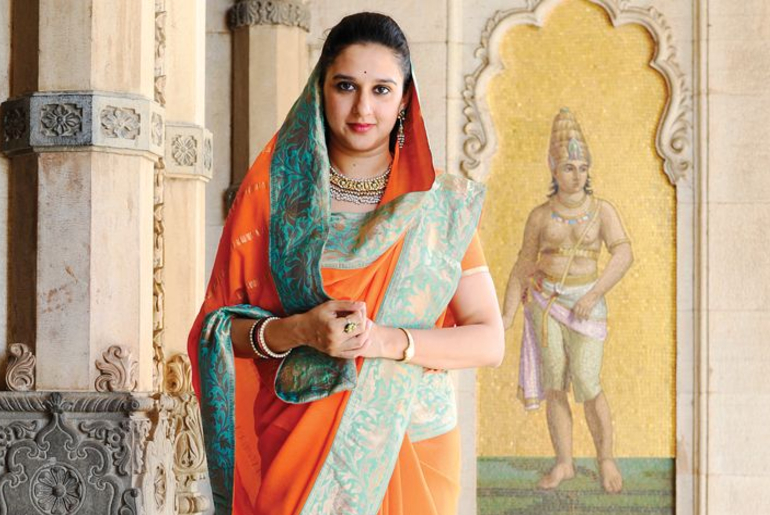 The Royal Residence Of The Gaekwads: The Lakshmi Vilas Palace

The royal Gaekwad family resides in the grandiose Lakshmi Vilas Palace at the heart of Vadodara, Gujarat. The palace designed on the Indo-Saracenic Revival architecture was built by Maharaja Sayajirao Gaekwad III in 1890. The cost of construction was ₹27,00,000. 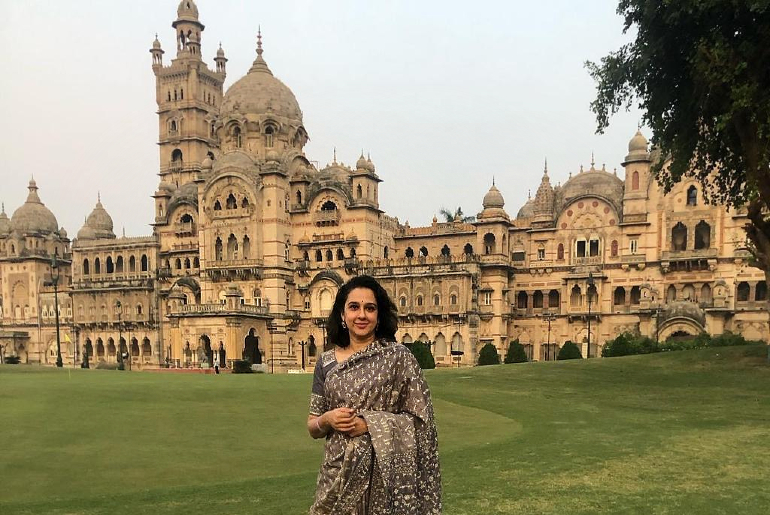 The construction of the palace had started in 1878. It took 12 years to complete building the palace. The architect of the palace, Major Charles Mant, hung himself before the palace could be completed. He studied his calculations and thought the palace would collapse. However, the Lakshmi Vilas Palace still stands proud after 142 years. 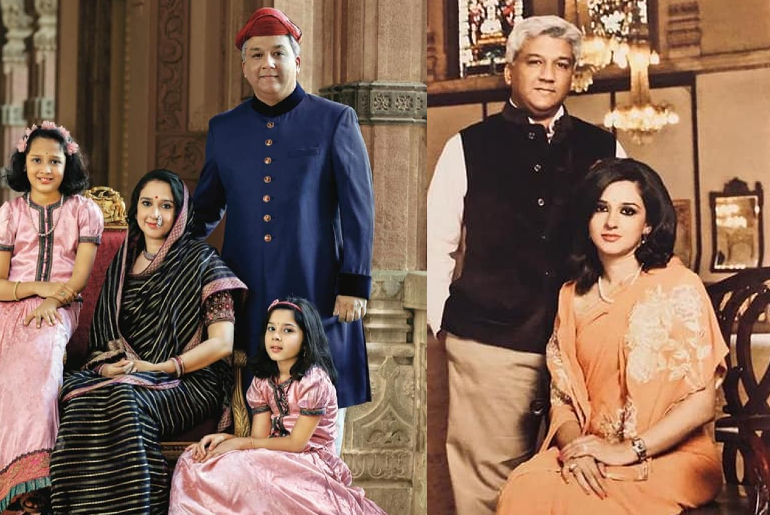 Also Read: Taste Royalty At The Gogunda Palace In Rajasthan

The Palace Is Four Times Bigger Than London’s Buckingham Palace

The Lakshmi Vilas Palace covers an area of nearly 500 acres with 176 rooms, and it is four times bigger than the Buckingham Palace in London. It is the largest private dwelling built to date. The palace is built with a number of local and international resources. Red sandstone from Agra, marbles from Rajasthan and Italy and blue trap stone from Pune were used in the construction. The clock tower stands 300 feet in the air. However, the bell was never used since it was a nuisance to the residents. Instead, a red light would be switched on when the king would be in residence. This practice is followed even today. 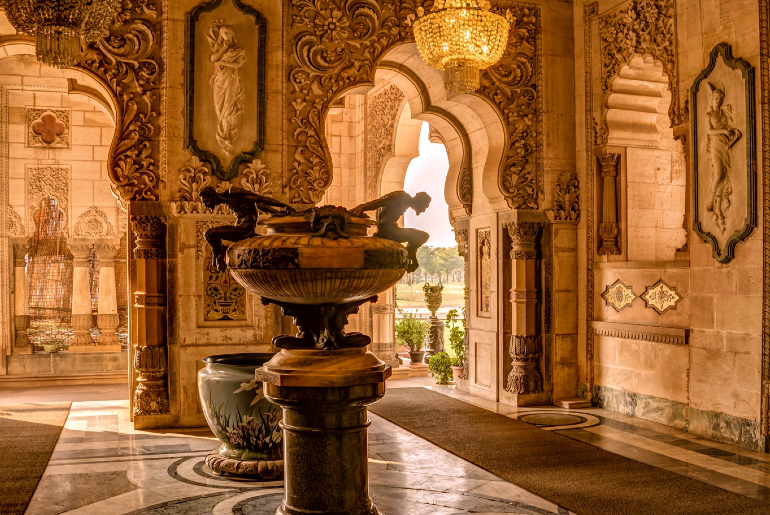 Also, Lakshmi Vilas Palace has more number of stained glasses than any other palace in the world. The palaces compound also houses a museum, known as the  Maharaja Fateh Singh Museum.

The current head of the Hindu Maratha dynasty Gaekwad, Maharaja Simarjit Singh Gaekwad has been Baroda’s unofficial Maharaja since 2012. He was a former first-class cricketer and is now a cricket administrator. He also runs a cricket academy in the Moti Bagh Stadium. 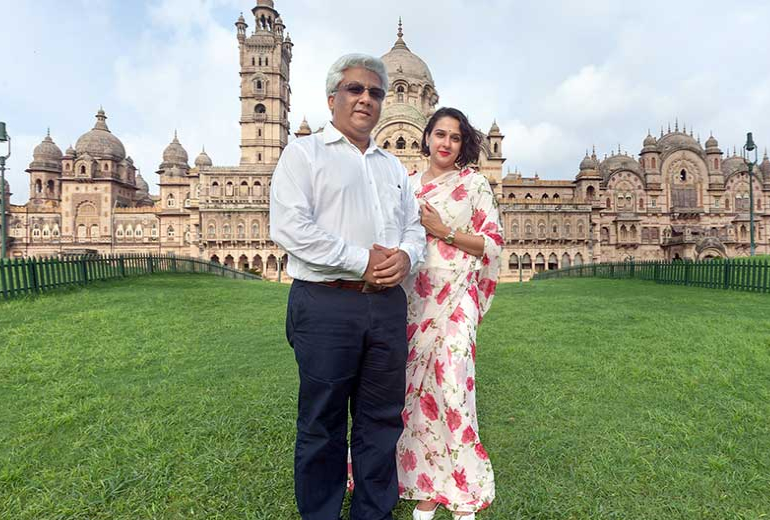 Other than cricket, Gaekwad has got an inclination towards golf. There is even a 10-hole golf course and a clubhouse at the Lakshmi Vilas Palace compound, built under him. The royal residence of the Gaekwads is one of the popular tourist spots in Vadodara. Entry fee to the Lakshmi Vilas Palace is ₹150. Tourists need to pay an additional ₹60 to visit the museum. On that note, you can also explore Vadodara’s iconic Surya Palace: