Seeing the majestic royal residence of England, the Windsor Castle up and close is indeed a distant dream for many of us. The castle in the English country of Berkshire is known all over the world for its marvellous architecture and association with the British royal family. But did you know that there is a palace in Bangalore, India that looks extremely similar to UK’s Windsor Castle? The British Guardians of the minor Maharaja Chamarajendra Wadiyar 10 had purchased the area of the Bangalore Palace from  Rev. J. Garrett in the year 1873. The construction of the palace started in 1874. The design of the palace is in the English medieval architectural style, the Tudor revival architecture. The insides of the palace have neo-classical, Edwardian and victorian pieces of furniture, purchased from Lazarus and John Roberts. 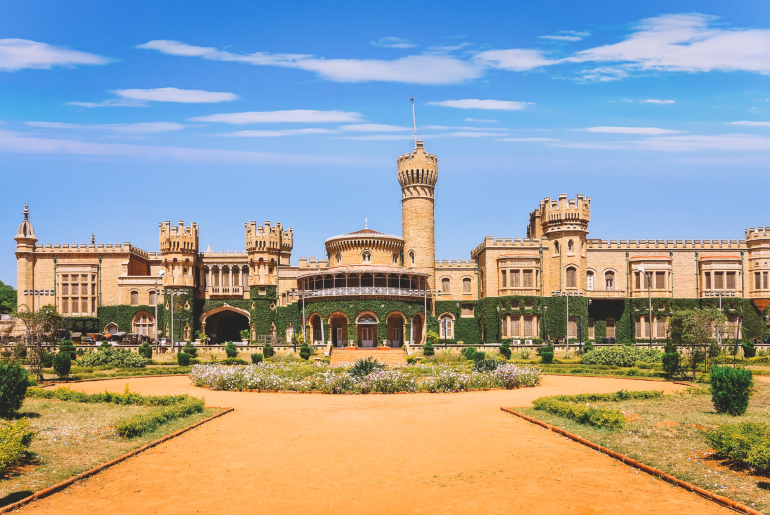 There are various similarities between our very own Bangalore Palace and the Windsor Castle of England. Here is a list of 5 such mind-boggling resemblances. Read on. 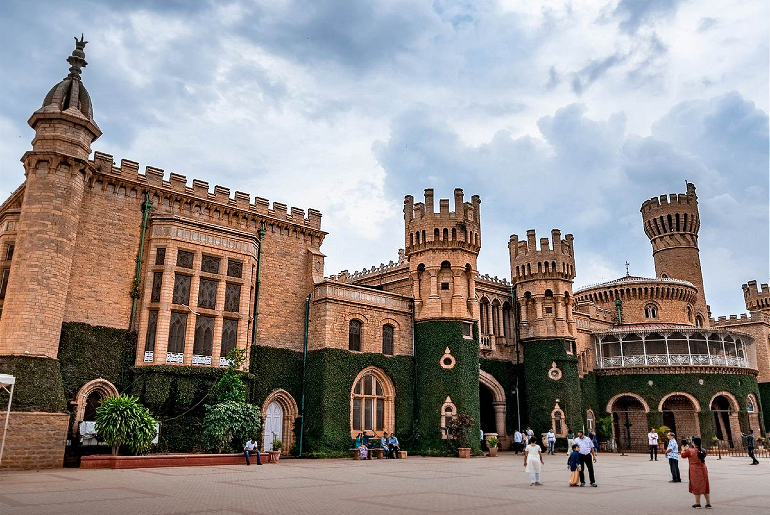 The features that make the two buildings look strikingly similar are the circular turrets, the large half-round palladian windows, the fortified towers and the spacious gardens. Both the palaces can help us immerse in the old-world charm to the fullest. As add on, there are blankets of greenery on the walls of the Bangalore Palace. 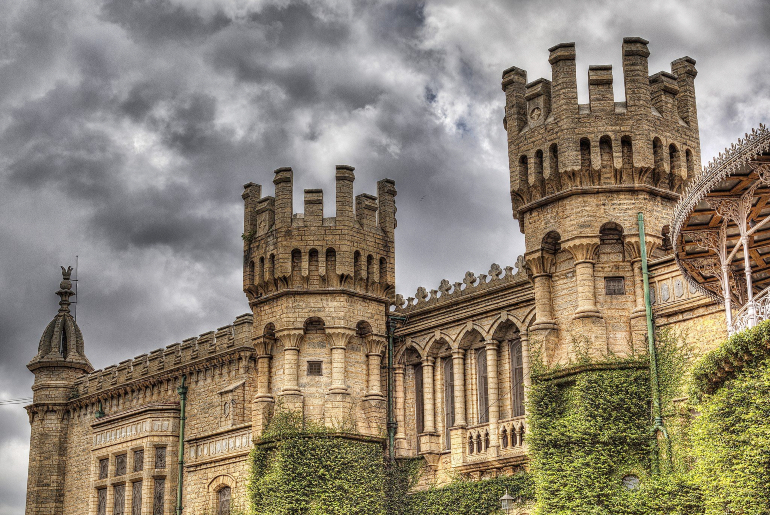 3. The Durbar Hall Of The Bangalore Palace Is No Less Beautiful Than The Drawing Room Of The Windsor Castle

The Crimson drawing room of the Windsor Castle was designed in mid-18th century theatrical Rococo style, with spectacular decorative arts from Louis XV style. The golden ceiling and the ornate chandelier add elegance to the entire space. The rooms of the Bangalore palace are no less beautiful. The Durbar hall with many chandeliers, stained glass windows and a huge elephant head can be reached by ascending a decorated staircase. 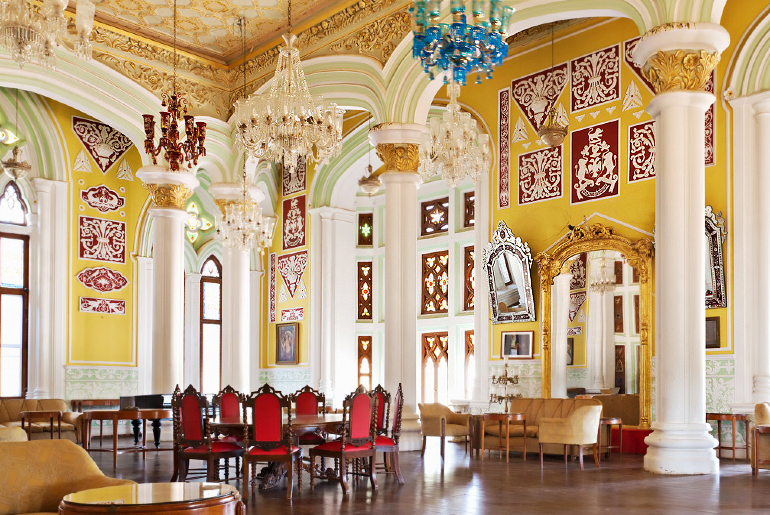 The open courtyard has granite seats with blue and fluorescent ceramic styles. The palace has a dining table of Sir Mirza Ismail, the Diwan of Mysore. Also, there is a wooden sofa in the palace that could once measure the weight of the person sitting on it. 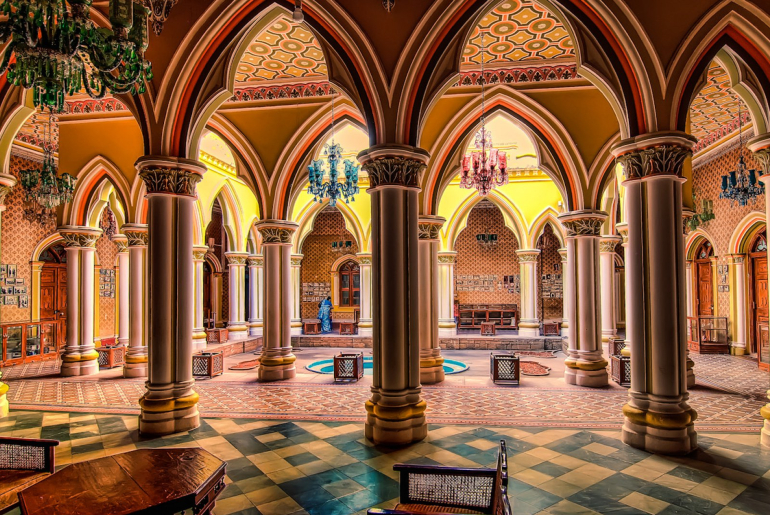 The Bangalore palace interiors comprise masterpieces of artist Raja Ravi Verma. Also, one will find many Dutch and Greek paintings inside the mansion. Windsor Castle, too has paintings by Antonio Verrio, John Piper, John Riley and others. Old palaces have always caught the attention of many filmmakers. Windsor Castle was the major filming spot for movies like Princess Diana, The Queen’s Palaces: Windsor Castle and Bollywood movie Yaadein. On the other hand, scenes of famous movies like Rowdy Rathore, Coolie No. 1, Barsaat and Jo Jeeta Wohi Sikander have been shot in Bangalore Palace. The Bangalore Palace had been the shooting ground for many Kollywood movies as well. Also Read: 5 Gorgeous Stargazing Spots Near Bangalore We Bet You Didn’t Know About

If you had plans on your mind to visit England’s Windsor Castle, you can save your time and money and explore the Bangalore Palace instead. Let’s go #Vocalforlocal and travel to the hidden gems of India and assist in the growth of the local tourism industry, rather than flying to the foreign countries. On that note, here are 15 magnificent international experiences that you can experience within India: