Dubai: Pay Dh200 Fine For…
This Is The Best Time…
Fuel Prices Finally Drop In…
Ayushmann Khurrana: Mumbai Is A… 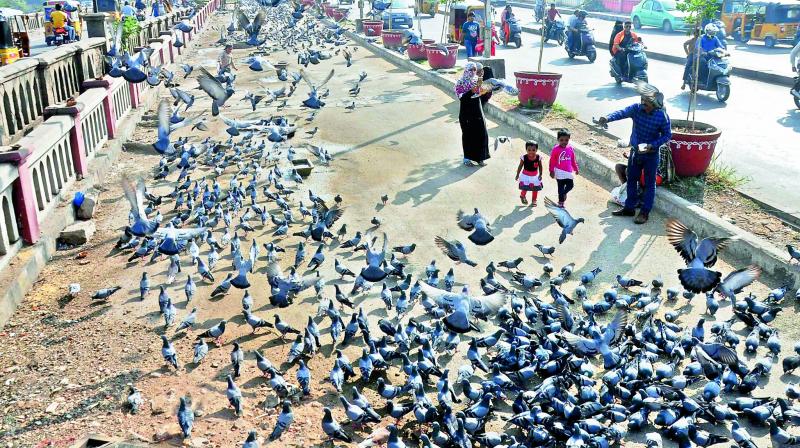 Feeding birds in public is illegal in Dubai, and citizens need to follow the rule for the sake of the community’s health. Also for the safety, and general appearance of the nation. A circular from Dubai Municipality had previously been doing the rounds. It stated that the feeding of birds such as crows and pigeons, as well as stray animals such as cats and dogs, was illegal across the emirate. This came to light because these animals formed a breeding ground for bugs, according to the announcement.

#Nakheel Community Management, a subsidiary of master developer Nakheel Properties, has sent out a notice to its community members, reminding them about the #Dubai Municipality rules on feeding the #birdshttps://t.co/iWmQKKVoO1 pic.twitter.com/TSdbt0JX5T #UAE #Dubai #DXB

“Bird droppings are also a potential health risk, can emit bad odours and affect the overall aesthetics of your community. In the interests of everybody’s wellbeing and to ensure that everyone follows Dubai laws, we kindly request all residents resist the temptation to feed birds. Please ensure all members of your household knows the regulations,” said the notice.

Beginning Of The Wave

Pet abandoning became a criminal offence in 2018, according to the Ministry of Climate Change and Environment.

Those detected abandoning pets will face legal penalties. It might include fines or a jail sentence, according to the ministry’s legislation revisions It basically targets animal cruelty. The country has had a problem with stray animals for years.

With an estimated 100,000 cats living on the streets in Abu Dhabi alone. And thousands more are found in Dubai, their numbers are fast-growing. Abu Dhabi and Dubai municipalities have established trap, neuter, and release programmes to reduce stray animal population increase. Still, the problem still exists.