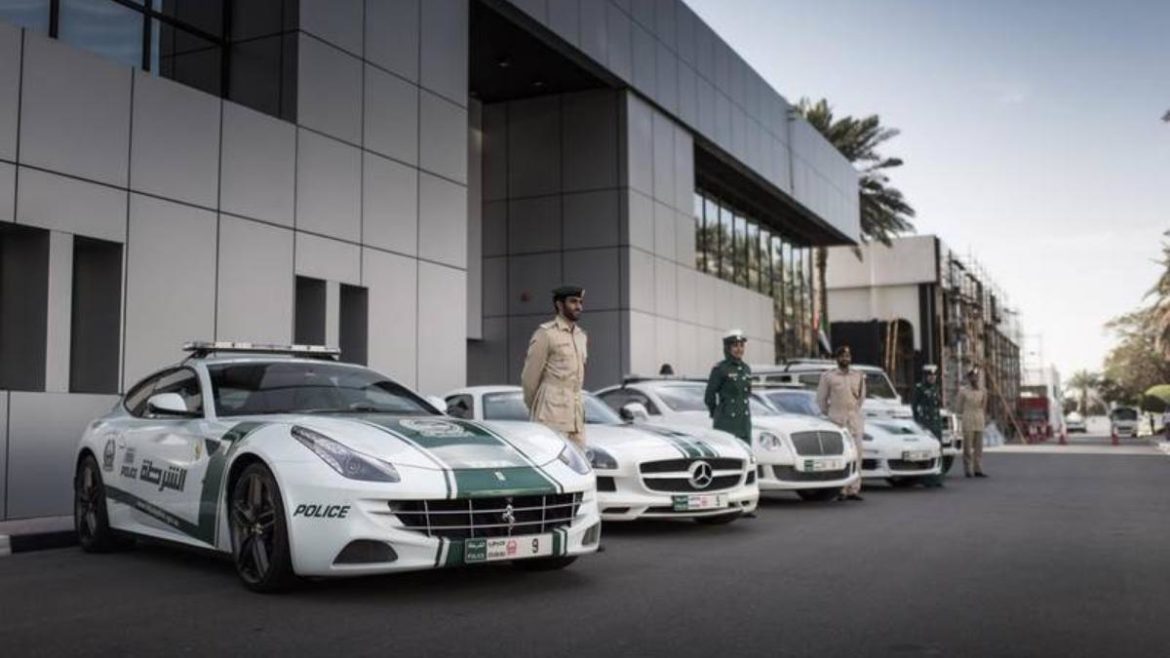 Dubai Police has just added the first electric vehicle to its collection of high-end police vehicles in Dubai. At the Police Officers Club, the police received a Hongqi E-HS9 car donated by Oneroad Automotive Company. This will increase the number of police officers stationed at the city’s most popular tourist spots and will improve security.

The E-HS9 is Hongqi’s first sport utility vehicle, and it can reach 100 km/h in about 5 seconds. It can be charged from empty to full in around six to eight hours and has a range of about 440 kilometres. The E-HS9 has licence plate number 8 and has several high-tech displays, making it ideal for data-sharing. This feature will enhance Dubai Police technology in times of emergency.

The department has upgraded the safety of popular tourist locations, including the Burj Khalifa, Sheikh Mohammed bin Rashid Boulevard, and JBR, by equipping its officers with supercars from its collection of luxury patrol vehicles.

The Other Super Cars In Luxury Car Fleet Of Dubai Police

The crown jewel of their lineup is the limited edition Aston Martin One-77. Aston Martin, a British carmaker, is closely associated with the James Bond action movie franchise.

The department always ensures the public’s safety and preserves the emirate’s reputation as one of the world’s most secure locations. The new electric cars will boost the effectiveness of the department’s traffic division. However, contributes to the department’s overarching goal of ensuring the safety of Dubai’s roadways.

So, are you ready to see the Hongqi E-HS9, the first electric SUV in Dubai Police rolling down the streets of Dubai? Let us know if you witness this beast on the roads.