Technology is evolving by leaps and bounds. And now, two Dutch engineers, Martijn Lukaart and Edwin Bos have launched a robot that will detect and remove cigarette butts from beaches. The BeachBot with four wheels can move around the beach and whenever it spots a cigarette butt, it will pick that up and dispose it off in an internal bin. Developed by TechTics, a company founded by Lukaart and Bos, the robot operates on Microsoft’s Artificial Intelligence ( AI). In its first demo itself, it succeeded in removing 10 cigarette butts in 30 minutes.

Also Read: These Indian Kitchens Are Employing Robots To Cook Biryani, Parathas And More & Here’s How

Beach littering is one of the major problems in several countries. The scraps from the beaches often end up in the oceans. They not only pollute the water bodies but also harm the marine life underneath. As per reports, cigarette butts can take around 14 years to disintegrate. And when they’re thrown on the beaches, the filters can release highly toxic chemicals into the water that can have a hazardous effort on the environment and aquatic life. The BeachBot will help resolve this issue and by removing the cigarette butts, it will also help in improving the aesthetic value of the beaches. 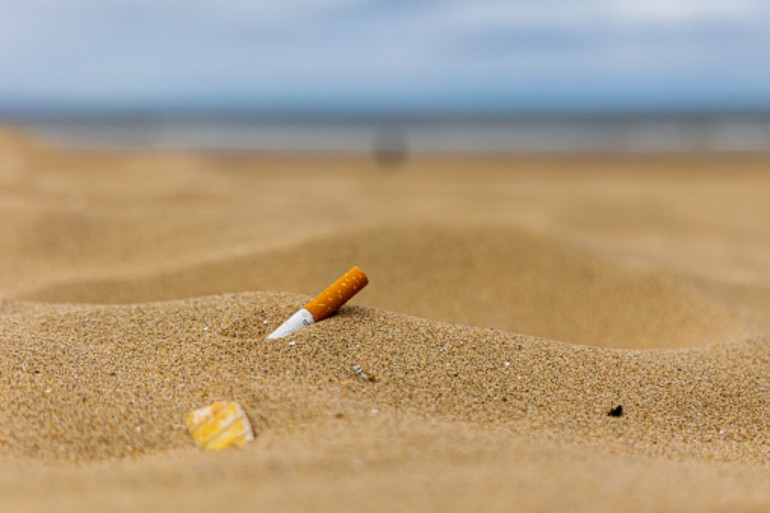 Two Smaller Robots To Be Launched To Help The BeachBot

The 80-centimetre wide BeachBot removed 10 cigarette butts in 30 minutes during its first demo. After being fully charged, it has a runtime of one hour. TechTics is also aiming to launch two smaller robots who can act as helpers for the BeachBot. These smaller bots will spot cigarette butts and message BeachBot for removing them. According to an Inceptive Mind report, Edwin Bos said that they are starting with cigarette butts as that’s “the world’s most littered item.” He added that in future, they want robots to detect other kinds of litters as well.