These Indian Kitchens Are Employing Robots To Cook Biryani, Parathas And More & Here’s How 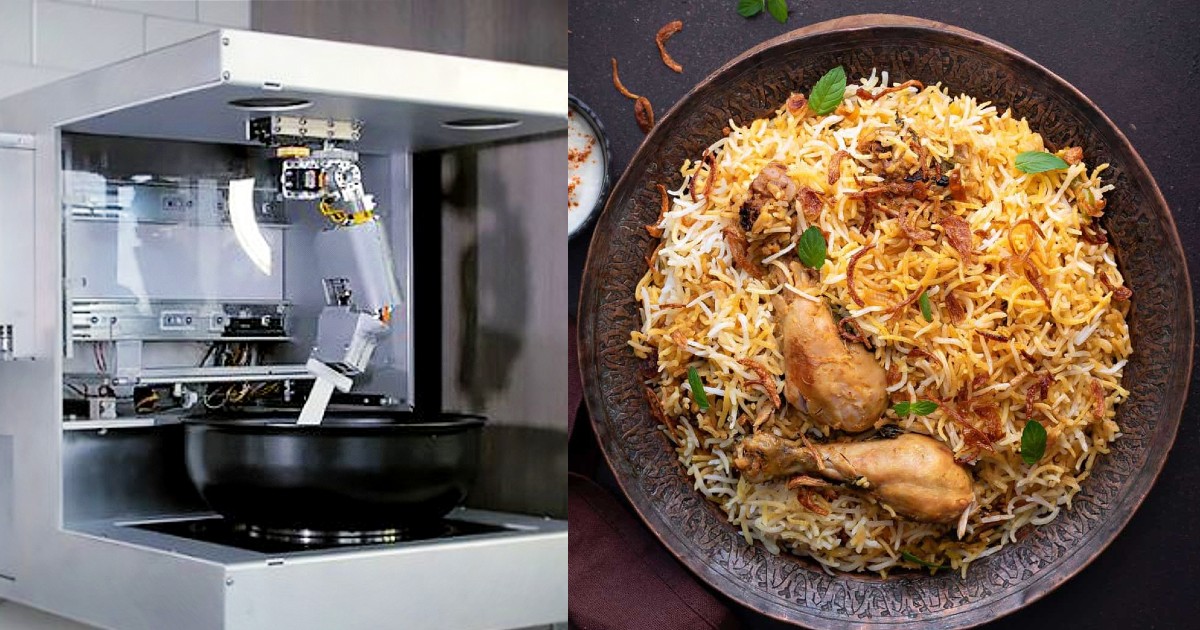 Robots are spreading their wings everywhere now, and even Indian kitchens are getting automated. Robots are gradually taking over the kitchens to prepare dishes like biryani, paratha, dosas, butter chicken and more. Many semi-automated cloud kitchens in India are now working on robot chefs manufactured by kitchen automation and robotics companies. The future of the desi food scene is witnessing more automated ghost kitchens to ensure convenience and swiftness in food preparation and delivery. 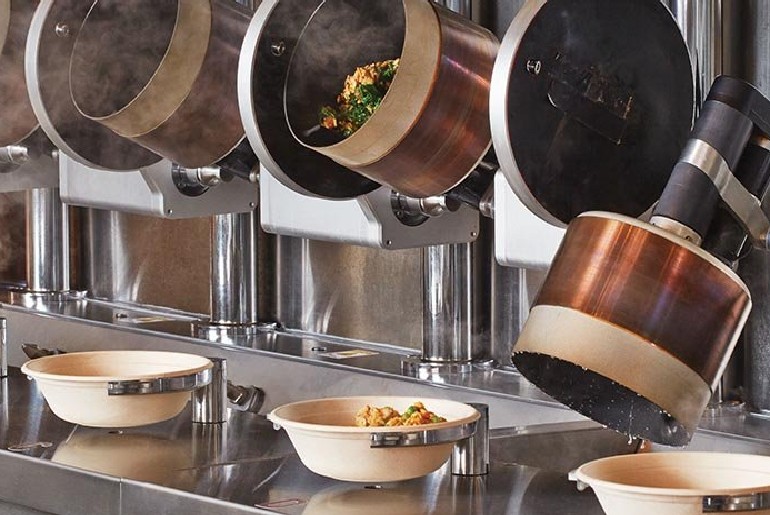 Robots Can Cook Biryanis, Butter Chicken And More In A Jiffy

Robots have facilitated the quick preparation of complex Indian dishes like biryani and butter chicken. There are many companies in India that make automated kitchen machines now. One of the oldest kitchen automation companies in India, the Bengaluru-based Mukunda Foods, which was founded in 2012 by Eshwar Vikas and Sudeep Sabat, makes nearly 14 types of automated cooking machines and their demands have been increasing among cloud kitchens, restaurant owners and caterers. With machines like Biryani Bot, Dosamatic and Wokie, robotics are revolutionising the Indian Food & Beverages Industry. The machines can ensure delivery of the time-consuming dishes within a maximum of 30 minutes from the time of order. 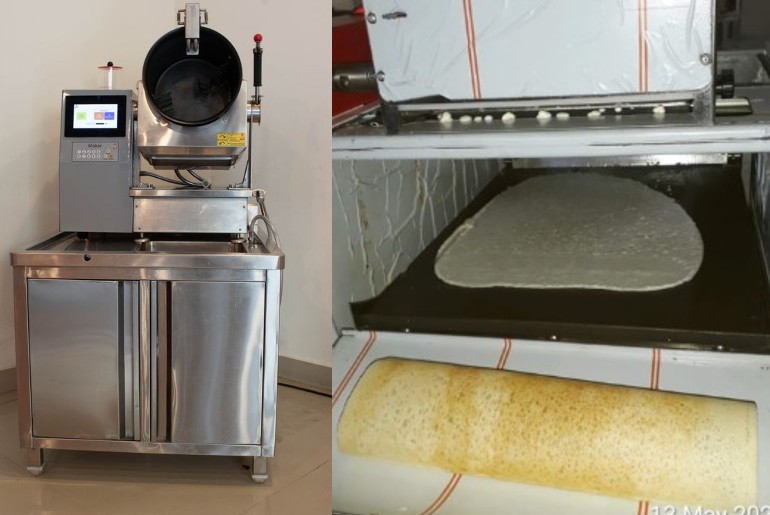 Another Chennai-based start-up, RoboChef has created a fully automated robotic kitchen. RoboChef is a huge stainless steel machine, which is pre-programmed to cook around 600 dishes. According to The New Indian Express report, the Founder-CEO of RoboChef,  Saravanan Sundaramoorthy, said, “It’s pre-programmed to cook more than 600 recipes in various cuisine. Some of the Indian delicacies that can be made include 28 varieties of biriyani, vegetarian or non-vegetarian curries and desserts like payasam, kesari.” Julia, A Cooking Robot Can Prepare Lip-Smacking Indian Meals From Scratch 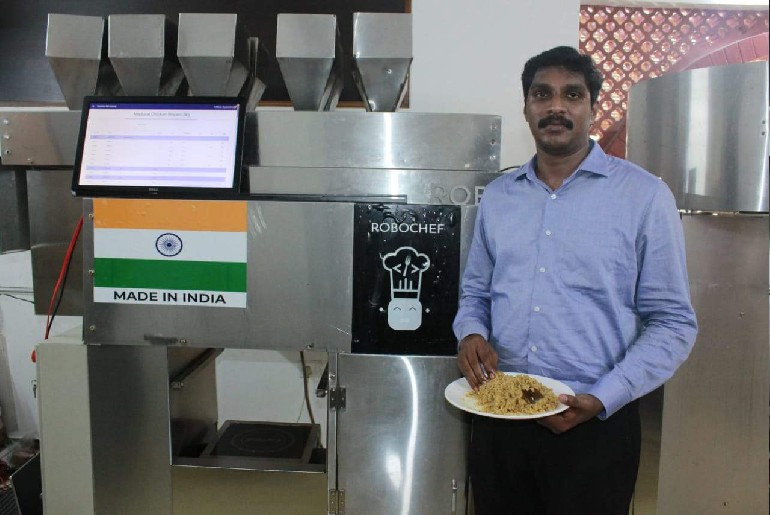 Also Read: Ola To Use Robots To Manufacture Electric Scooters In India

Even Home Chefs And Hospitals Are Making Their Kitchens Automated

According to a Rest of World report, Mukunda Foods used to sell around 500 machines in a year before the pandemic. But after October 2020, 600 machines have already been sold. Founder Vikas stated that he received orders worth more than  $14 million. He added that currently, one of his clients is aiming to launch 100 new automated ghost kitchens. Another client to planning to automate 30 more kitchens. Even some home chefs and hospitals have reached out to Vikas for the automated devices. Vikas told Rest of World, as the home chefs started getting more orders from customers, they aimed at increasing output without hiring new staff. And here, the automated devices came to their aid.