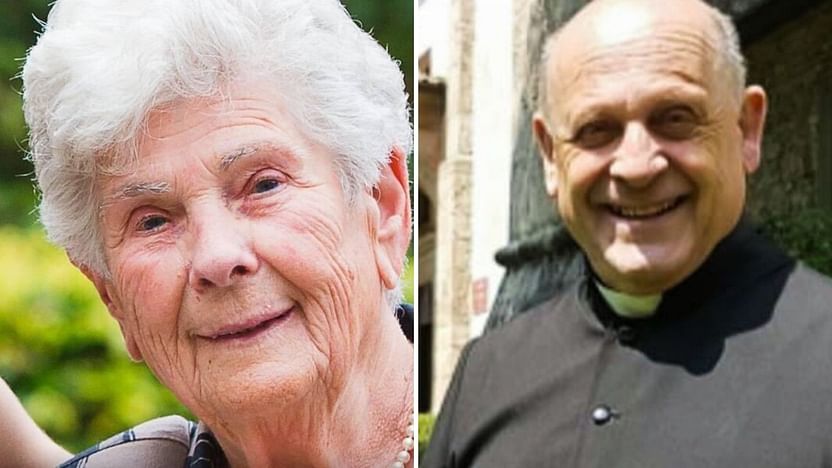 A life is a life. Whether it’s an elderly person’s life or a young child’s life, every life has its own significance in this world. But what would happen, when doctors are faced with the most dreaded decision to make, to save the young or to save the old? This is actually happening in many parts of the world like Europe, which is one of the worst-hit regions of COVID-19. In Italy, which witnesses around 800 deaths a day, medics have a tough time prioritizing care for their patients who have a higher chance of surviving this deadly virus. Hospitals around the world don’t have sufficient protective gear, medical professionals, or even ventilators to suffice the increasing number of patients. But here’s where the world may not have sufficient medical facilities, but it has plenty of heroes to give us hope and in this case life. There are elderly heroes who have sacrificed their lives by refusing ventilators so that they can be given to younger COVID-19 patients. Suzanne Hoylaerts, a 90-year-old woman in Belgium, selflessly donated her ventilator and refused to use it as she wanted it to be used for treating younger patients instead. She was tested positive for coronavirus and hospitalised on 20th March. But her condition deteriorated rapidly. Suzanne Hoylaert said that she didn’t want to artificial inspiration. She wanted it to be used for younger patients instead, as she already had a good life. The kind woman succumbed to the illness. Her daughter, Judith stated to a Dutch Newspaper, that she couldn’t say goodbye to her own mother and she didn’t even have a chance to attend her funeral. Here are 12 Heartwarming Stories From Around The Globe That Will Bring A Smile On Your Face

"Suzanne Hoylaerts" from Belgium, aged 90, died of an infection of #coronavirus & refused to be placed on a ventilator & said, "I lived a happy life, I leave that device to the younger ones. She sacrificed her life in the hope of saving the lives of others.

But she is not the only one to take this decision. Don Giuseppe Berardelli, a 72-year-old Italian priest also refused to use a ventilator to treat himself from coronavirus. He thought the medical equipment could be put to better use for a younger patient instead. The selfless Italian priest passed away around 15th March at a hospital in Lovere, Italy. He was buried in Casnigo, Italy. Many residents from that area got out to their balconies and applauded him for his sacrifice. The Hero We Need: Uttarakhand Man Uses His Own Vehicle As Ambulance

Don Giuseppe Berardelli, 72, died March 15 at a hospital in Lovere, Italy after declining to use the medical equipment that his parishioners were said to have bought for him.

He gave his ventilator to a child, who he had never met.

He saved the child’s life. pic.twitter.com/vn4xj7Embs

Suzanne Hoylaerts’ and Don Giuseppe Berardelli’s sacrifices are touching, unfathomable, after all a life is a life. These kind, selfless and sacrificing human beings were like burning candles which might melt out soon, but it will light many other candles which will continue to make the world a brighter, hopeful place.