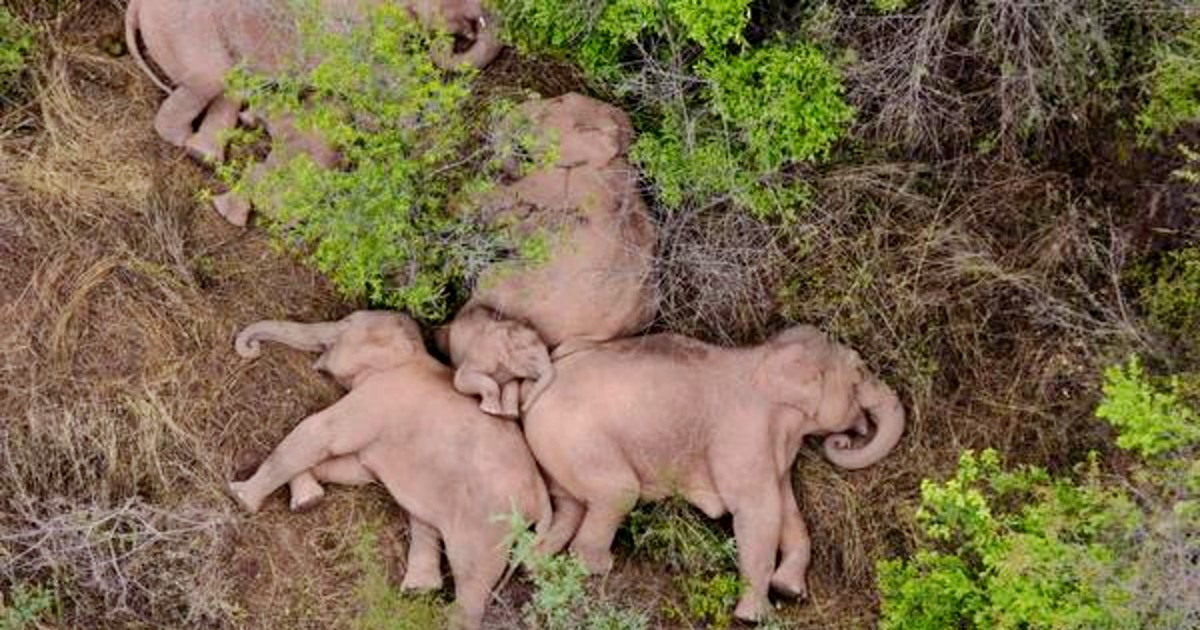 We can all agree, that during some of the most difficult times of our lives, it was usually animals who brought a smile to our faces. From street dogs hoovering around for a slice of bread, pet cats cuddling on the bed to the birds flying high up in the skies, the antics of animals are always fascinating. Well, as India continues to battle the dreaded Covid second wave, a viral video of a family of elephants dozing in Chin, has captured hearts. Chinese state television launched a 24-hour live feed on the herd that marched 500km. They caused damage to crops ranging over $1 million and then peacefully huddled together for siesta.

China Central Television (CCTV) filmed a video showing a herd of elephants, tired from their adventures, curled up in a forest on the outskirts of provincial capital Kunming. The viral video is taken from a top angle. It shows the elephants cutely huddled together. At one point in the video, a calf stirs itself with its trunk and feet sprawled in the air. It then hauls itself back on a sleeping adult before falling asleep.  Indian Forest Service officer,  Praveen Kaswan shared this video on his Twitter handle. He captioned, “This sleeping elephant family is the best thing on the internet today. Via CCTV (sic).”

This sleeping elephant family is best thing on internet today. Via CCTV. pic.twitter.com/1WahEM7eYK

Elephants Rarely Lie Down When Sleeping

The viral sleeping elephant family video garnered over 7000 views and 285 retweets. Earlier Praveen revealed some interesting facts about elephants. He informed social media that they don’t usually sleep like that. Elephants mostly sleep in a standing position. The elephants are currently monitored by authorities. Over 400 people have been mobilised to ensure public safety. Locals have been warned to not leave corn or salt in the yard as it might attract the animals. Meanwhile, our Chief Editor Kamiya Jani interacted with dolphins in Dubai, here’s her experience.