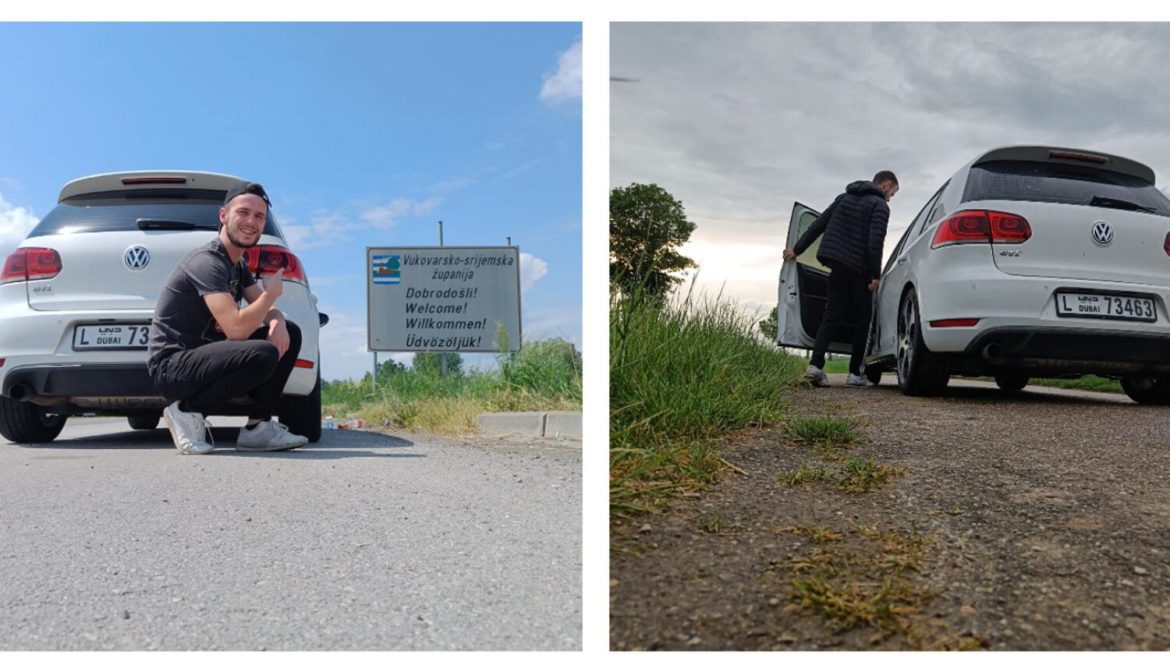 Some people are struck by wanderlust while some travel with motive. Recently a UAE ex-pat made a move with a reason which motivated him to drive down a distance of 8,000 km. Meet Clement Piard, a French ex-pat who travelled on a grand trip in his Golf GTI from Dubai to France. He took on an adventure covering 8 000 miles, 21 days, and ten nations.

Motive To Drive From Dubai To France

The 24-year-old, an avid traveller, had come to the UAE for business almost two years earlier. He drove across Saudi Arabia for weeks earlier this year in an effort to learn Arabic. Clement’s motivation for embarking on the epic journey was a desire to drive his automobile to France and see pals he had established whilst living in Dubai. During a get-together with friends, what at first seemed to be a humorous conversation finally started a fire in his head.

Clement Piard travelled across 10 countries to reach his final destinationhttps://t.co/nyiPZIIQuP

Clement couldn’t get over it as he discussed the distance with his pals and displayed google maps to them. He intended to drive his car to France so that it could get some modifications there to meet European standards. He had to load the car onto the boat as the sole option. The fee would be $3,000, and it might take up to three months for the car to get there. Hence he dropped the idea. But his free time made him choose to drive his Golf GTI to France

Also Read: Dubai: Here&#8217;s How Much It Will Cost You To Fully Charge Your Electric Vehicle

Clement had made acquaintances in Jubail after travelling throughout Saudi. He started there, then. He was aware that he could stay there with his buddies. His first strip, which was about 900 kilometres long, was drawn by him. Throughout my journey, that was the longest he ever drove in a single stretch. He joined his buddies for iftar and some customary Arabic hospitality during Ramadan.
After spending two days in Jubail, Clement left for Kuwait, spent the night driving, and then continued on to Iraq. He ran into his first difficulty there. Clement returned to Kuwait disappointed and asked for a visa at the embassy of Iraq. He entered Iraq after receiving the visa. The very next three days were spent by Clement in Baghdad.

Also Read: Get South France Feels In Dubai At This Brand-New Beach Deck With Unmissable Views