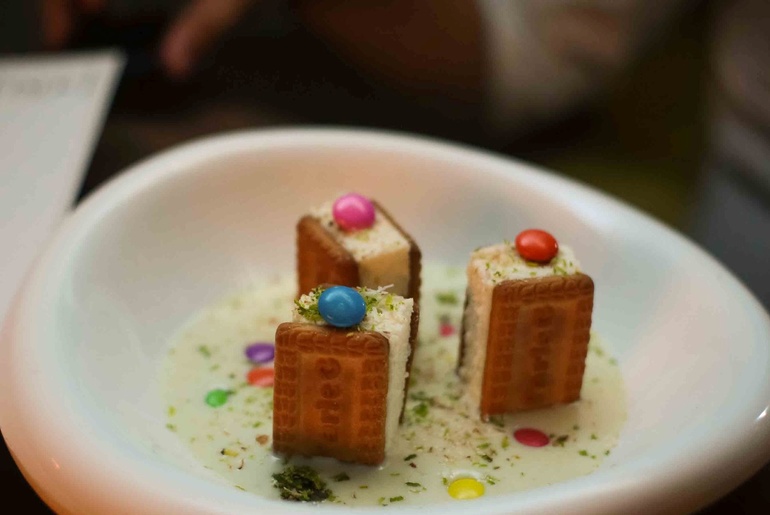 To give you a side of nostalgia, Farzi Cafe in Lower Parel prepares the Parle-G Cheesecake.

Ever thought of a cheesecake with a side of nostalgia? Farzi Cafe brings you just that. The Parle-G Cheesecake is desi Parle-G put together with videshi cream cheese and our all-time favorite rabdi and it sure brings a lot of taste on the platter. Get a taste of the sweet rabri, sour cheesecake and crunchy Parle-G altogether with this brilliant creation at the Farzi Cafe at ₹325+.

After taking the Millennium city by storm and having successfully introduced the concept in the heart of New Delhi, taking overseas to Dubai and launching in Hyderabad recently, the ‘Prince of Indian Cuisine’, Zorawar Kalra announced the much-anticipated opening of the second Farzi Café -‘Modern Indian Bistro’, in Mumbai, at High Street Phoenix mall in the commercial hub of Lower Parel. Established with the aim to bring Indian cuisine back ‘in-vogue’ for patrons of all ages, Farzi Café today, is considered a benchmark in contemporary Indian dining and has won numerous awards and critical acclaim.

Also read: BKC Is The New Kamala Mills Of Mumbai And Here’s Why