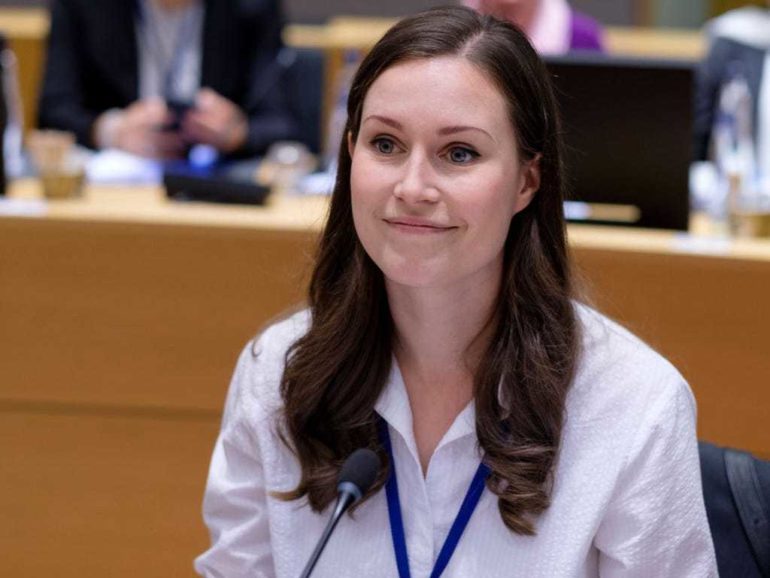 You might have heard of the saying, ‘All Work and No Play Makes Jack a Dull Boy.’ And not just heard, but experienced it too. Long working hours, stressful conditions, lack of rest, no work-life balance or vacations, to even take a breath of relief. What does it to you? Leave you with fatigued, frustrated and even lead to inefficiency in your work. Well, our woes haven’t been heard by the work Gods yet, but those of the Finnish definitely has. Sanna Marin, Finland’s 34-year-old new Prime Minister has proposed a flexible working schedule in the country, which would involve a 4-day work week and 6 hours workday. Sound’s too good to be true right? The Finnish Prime Minister, who is the second-youngest head of the world has proposed to introduce this work schedule so that workers have more time to spend with their families. Sanna Marin is the mother of one child and leads a centre-left coalition with four other parties, all of which are headed by women. Three of the women leaders are under the age of 35. The Prime Minister stated that she believed that people deserved to spend more time with their families, loved ones, hobbies and other aspects of life like culture. She added that it could be the next step for Finland in working life.

Sanna Marin earlier held the position as the Minister of Transport for Finland. While she occupied that position she stressed for shorter weeks to improve employee productivity and rapport. For those of you who don’t know, Finland currently has a 5 day work week an 8-hour workday. This proposal was immediately appreciated and welcomed by Li Andersson, the minister of education and the leader of the Left Alliance. Li Andersson stated that its necessary to allow Finnish citizens to work less. She further clarified that it wasn’t the question of governing with a feminine style but offering help and keeping promises to voters.

Neighbouring states like Sweden have a 6-hour working day and this was trialled in 2015. The results showed that employees were more productive, wealthier and most of all happier. In early December the ruling party, Social Democratic Party council voted 32-29 to crown Sanna Marin over her rival Antti Lindtman to take over the position of Prime Minister from the incumbent Antti Rinne. And not only did the 34-year-old prove her mettle as Prime Minister, in just a few weeks of her taking the position, but she has also proposed a bill which will make every Finnish employee swell with pride. Microsoft Japan too experimented with a 4 day work week and the results showed that productivity hit off by a whopping 40%. Check out how Microsoft Experimented With A 4-Day Workweek, And Productivity Jumped By 40%!

Well, as fellow Indian employees, you might be letting out a tear of happiness of Finland and another one for your plight. When it comes to India, most employees hardly enjoy even a 5 day work week or even an 8 hours workday. So if companies were to understand the plight of employees and declare a nationwide compulsory, 5 day work week with 8 hours workday, that itself would be something to applaud. A 4-day work week in India, is miles to go. So let’s hope the work Gods are hearing our prayers.

Mumbai’s Biggest Halwa Paratha Is The Most Delicious...

This Rustic Eatery Amid A Farmland...

These Are Shah Rukh Khan’s Favourite...