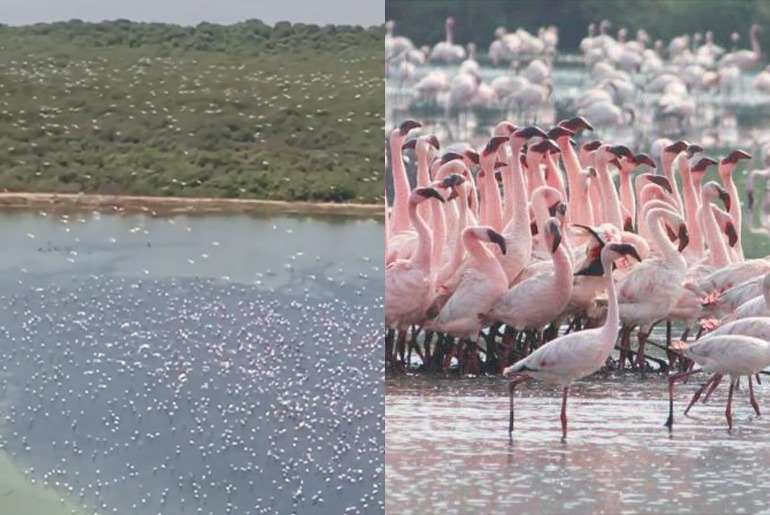 The coronavirus pandemic has turned the tables around for humans and animals. While humans are tucked away in the comfort of their homes to prevent the rapid spread of the deadly virus, animals, on the other hand, are slowly coming out and making the most of this situation. Dolphins are seen swimming in the blue waters of Mumbai. Residents of Chandigarh spotted a leopard. In the streets of Nepal, a rhinoceros roamed around freely. And a penguin was trotting about in a Chicago aquarium. Now recently, a large gathering of pink flamingos was seen in Seawoods, Navi Mumbai. And it was truly a spectacular sight, as the sky was indeed pink. 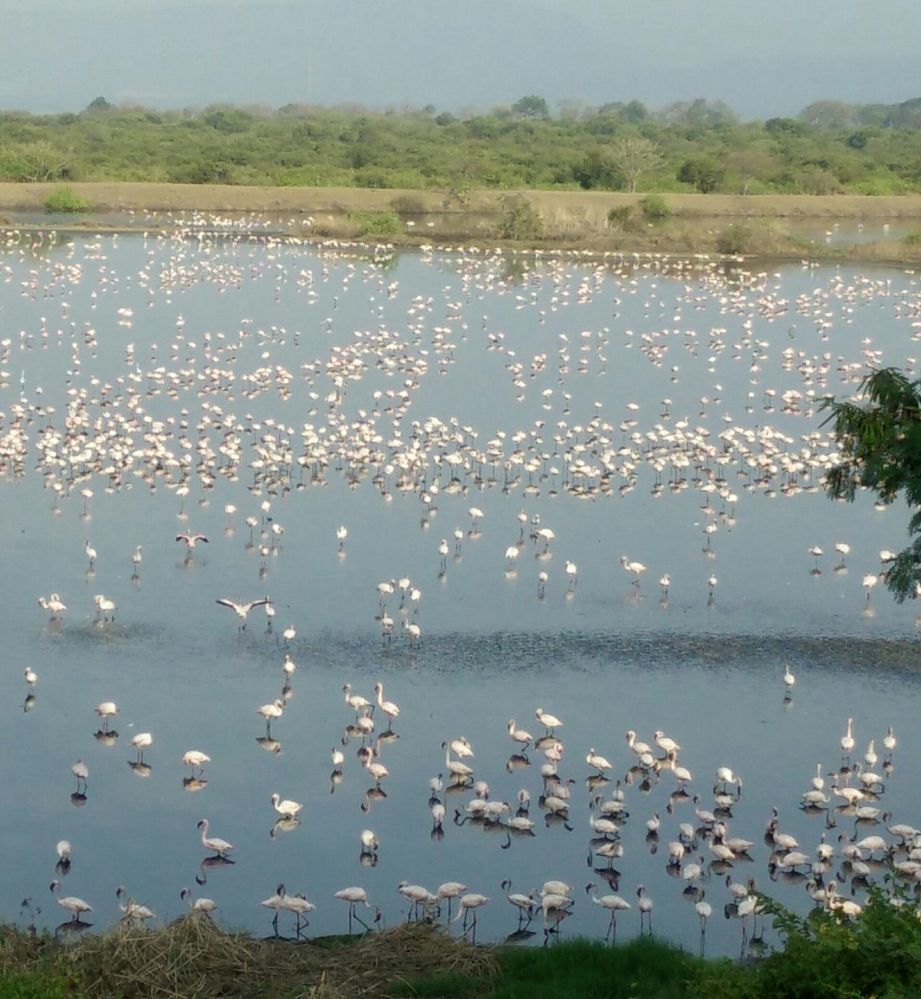 The residents of Seawoods Complex in Nerul, Navi Mumbai were ecstatic to witness a flamboyance of flamingos. It was quite a show. The pink feathered creatures migrated to a waterbody near Navi Mumbai due to a decrease in human activity.  The flamingos enthralled residents last year too. Sunil Agarwal, a Seawood resident, shot a video and uploaded it on social media. He posted ‘With the full moon comes higher high tide which brings in more water and which attracts, even more, #Flamingos. The Talawe Wetlands & TS Chanakya Wetlands are part of this intertidal zone and not some man-made water body. Please ask CIDCO & Urban development department to declare this area as Flamingo Sanctuary at the earliest as was discussed by us in January 2020 meeting’. Apart from Sunil Agarwal, other residents of Seawoods Complex have also put out videos on social media of the gorgeous view of pink flamingos from their balconies.

Mumbai backwaters, as seen from Seawoods Complex in Nerul.
Every year 100s of pink flamingos migrate to this spot.
But this year, numbers are truly spectacular.
It’s mystery, sitting 1000s of miles away, how did flamingos come to know about the change? pic.twitter.com/SZiVSH49j0

Chief Justice SA Bobde had shown concern over the extinction of flamingos. He stated that if they were to disappear, then they might never return. Supreme Court had ordered the Bombay High Court to decide a PIL in three months against the expansion of Karjurmarg. This is a dumping ground in Mumbai located 900 m away from the boundary of the Thane Flamingo Creek Sanctuary. So if its dumping ground were to be expanded it will lead to severe degradation of the habitat of the flamingos. And while currently things might be on hold regarding this, it’s definitely a silver lining to witness a large gathering of pink flamingos flying around in Navi Mumbai. here are Some Interesting Animals Are Taking Over The Streets Of Popular Cities During Lockdown