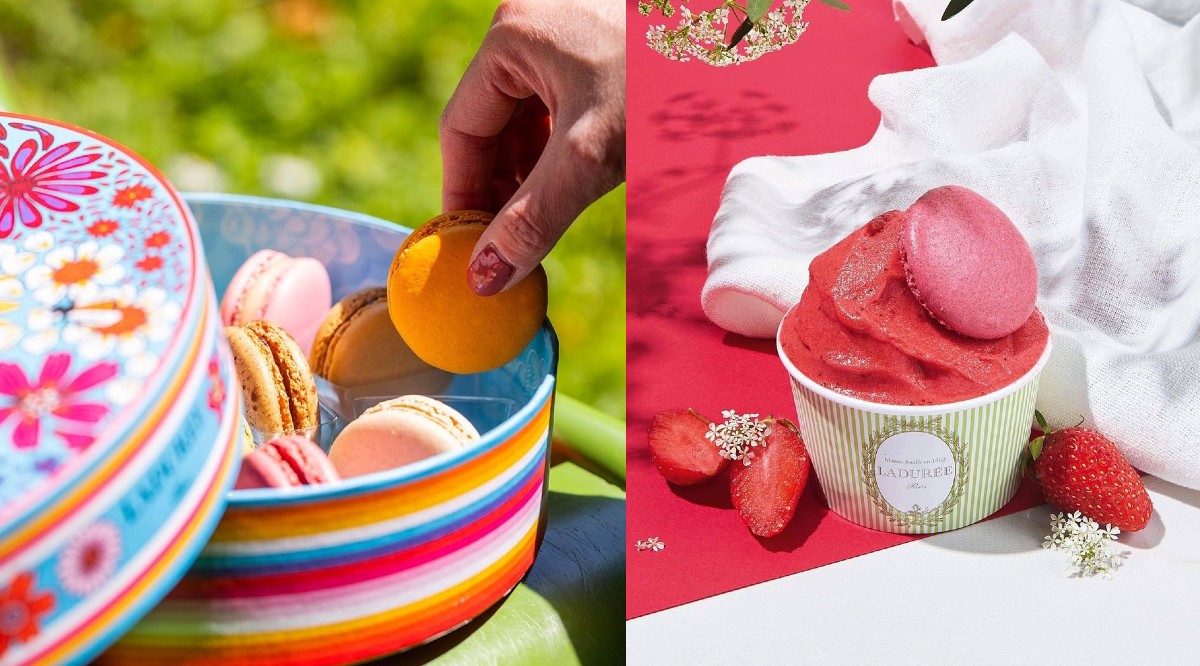 After a three-storeyed swanky outlet in Delhi’s Khan Market, French patisserie Laduree is all set to open outlets in Bangalore, Mumbai and Kolkata. The 159-year-old iconic French bakery will expand its footprint across India. Currently, Delhiites can visit Ambience Mall in Vasant Kunj to explore Ladurre’s Christmas special popup cart. Get Delhi meets Paris vibes as you feast on macarons, teacakes and velvety hot chocolate.

Macarons From France To India

The brand Ladurée dates back to 1862. For around 159 years, it has been pampering sweet lovers with a delish array of comfort desserts.  Also, it is one of the ‘best-known premier sellers’ of the double-decker macarons. Ladurée had crafted pastries for the 2006 drama film Marie Antoinette starring Kirsten Dunst. One of the scenes in the movie has featured the iconic macarons. In American teen drama Gossip Girls, Ladurée pastries are shown as Blair Waldorf’s favorite. And now that the delights are finally coming to India, we can’t simply keep calm.

Ladurée Has Stores All Over The World

Also Read: Best French Restaurants In Delhi That Will Make You Rethink Your Parisian Vacation!

It’s not known yet which desserts will be there at their India outlet, but the macarons will be the star of the menu for sure. Excited already?