The 800-year-old Ramappa Temple in Telangana was awarded a UNESCO World Heritage status. The 13th-century temple, depicting the craftsmanship of the Kakatiya dynasty was built using lightweight bricks that can float on water. And now, the Harappan-era city of Dholavira in Gujarat has been inscribed on the UNESCO World Heritage List. The city dating back to over 4500 years is one of the most remarkable and well preserved urban settlements in entire South Asia, according to UNESCO.

Nestled in the Kutch district of Gujarat, Dholavira is a Harrapan era city that has often been named in our history books. And now creating another history, Dholavira has become a UNESCO World Heritage site. This is the first Indus Valley Civilisation site in India to make it to the coveted list. UNESCO tweeted, “Dholavira: A Harappan city, in India, just inscribed on the @UNESCO #WorldHeritage List. Cong-ratulations!” PM Modi also took to Twitter to share that he first visited the historical site during his student days and was mesmerised by the place.

Interestingly, Dholavira is the fourth site in Gujarat to gain the UNESCO World Heritage tag. It’s the fifth-largest metropolis of the Indus Valley Civilisation. This site has an astounding fortified citadel right in the middle of the town. The lower town has walls made of limestone or sandstone instead of the usual mud bricks found in other Harappan sites. Dholavira is also known for its outer fortification, water reservoirs, intricate architecture, two multi-purpose grounds used as a marketplace and hemispherical structures that resemble Buddhist Stupas. 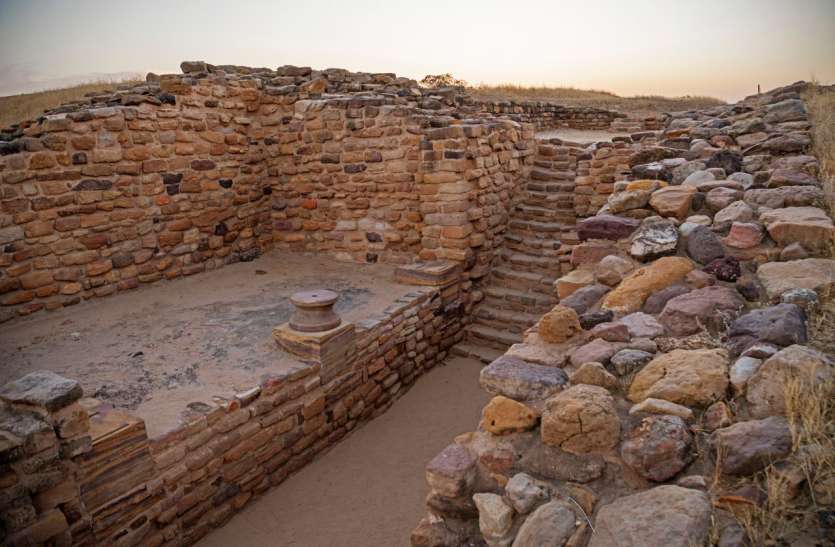 So, the next time you visit Gujarat, do take a tour of the museums to get to know more about this interesting piece of history. And while you’re there, visit the 100-year-old heritage restaurant, Lucky Tea Stall.