July 25, 2021, is a historic day in India. On this day, The United Nations Educational, Scientific and Cultural Organization (UNESCO) awarded the 800-year-old Ramappa Temple in Telangana the World Heritage Site status. A consensus was reached during a virtual meet of the World Heritage Committee. As many as 17 out of 21 member nations supported the inscription. The 13th century majestic Shiva temple in Palampet, Telangana is now a UNESCO World Heritage Site. Here’s what you must know about this temple and why you should visit it.

When Ramappa temple in Telangana received the UNESCO World Heritage Site recognition, Prime Minister Narendra Modi took to Twitter to congratulate everyone. He congratulated the people of Telangana. PM Modi revealed that the Ramappa Temple depicts the craftsmanship of the great Kakatiya dynasty. He urged everyone to visit the majestic Temple Complex in Telangana and experience the grandeur first-hand. With the addition of Ramappa Temple on UNESCO’s World Heritage List, the Archaeological Survey of India (ASI) now has 23 World heritage sites.

Excellent! Congratulations to everyone, specially the people of Telangana.

The iconic Ramappa Temple showcases the outstanding craftsmanship of great Kakatiya dynasty. I would urge you all to visit this majestic Temple complex and get a first-hand experience of it’s grandness. https://t.co/muNhX49l9J pic.twitter.com/XMrAWJJao2

Also Read: This Indian Temple Town’s Vegetarian Cuisine Has Spread Its Flavours All Across Hong Kong

Ramappa Temple was built in the year 1213 by Kakatiya General Recherla Rudra Reddy. Raghvendra Singh, Secretary, Ministry of Culture stated to Indian Express that it’s the main Shiva Temple in a larger walled complex. The majestic temple complex houses many smaller temples and structures. It’s known for its high level of creative, artistic and engineering talents during the Kakatiya period. The temple is built of sandstone, granite and dolerite. The inner sanctum is made of lightweight porous bricks also called “floating bricks”. The bricks are so light that they can actually float on water. 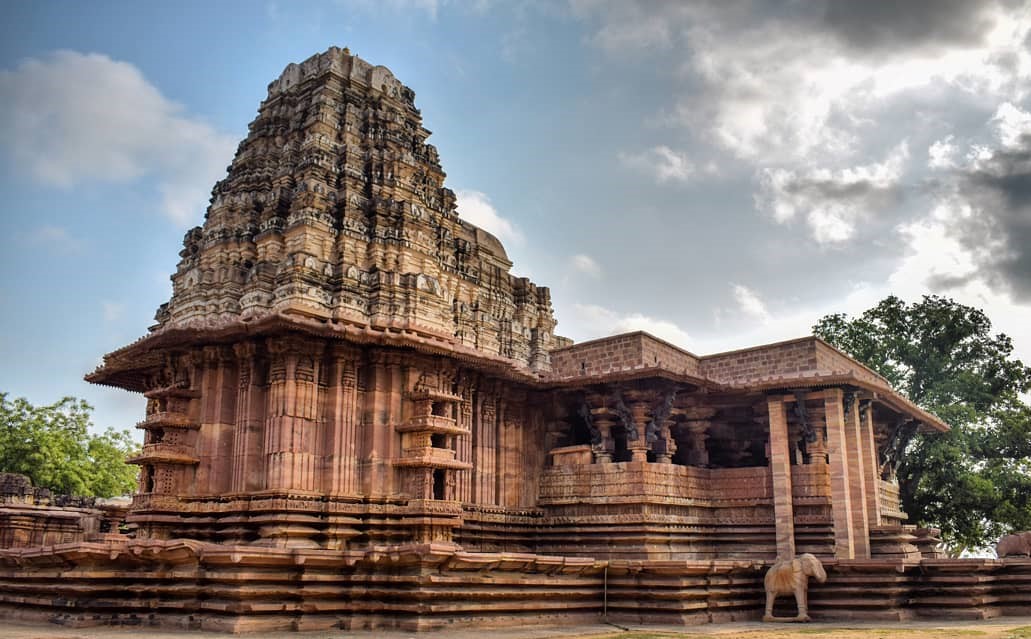 It took 40 years to construct this magnificent temple. Built on a 6-foot high platform, the Ramappa temple has its lustre intact even after 800 years of construction. Singh added to Indian Express that the Ramappa Temple is a living memory of the legend of the Kakatiyas. They brought the golden era to the Telugu speaking region of South India. Meanwhile, here are 10 unusual temples of India that you need to visit.