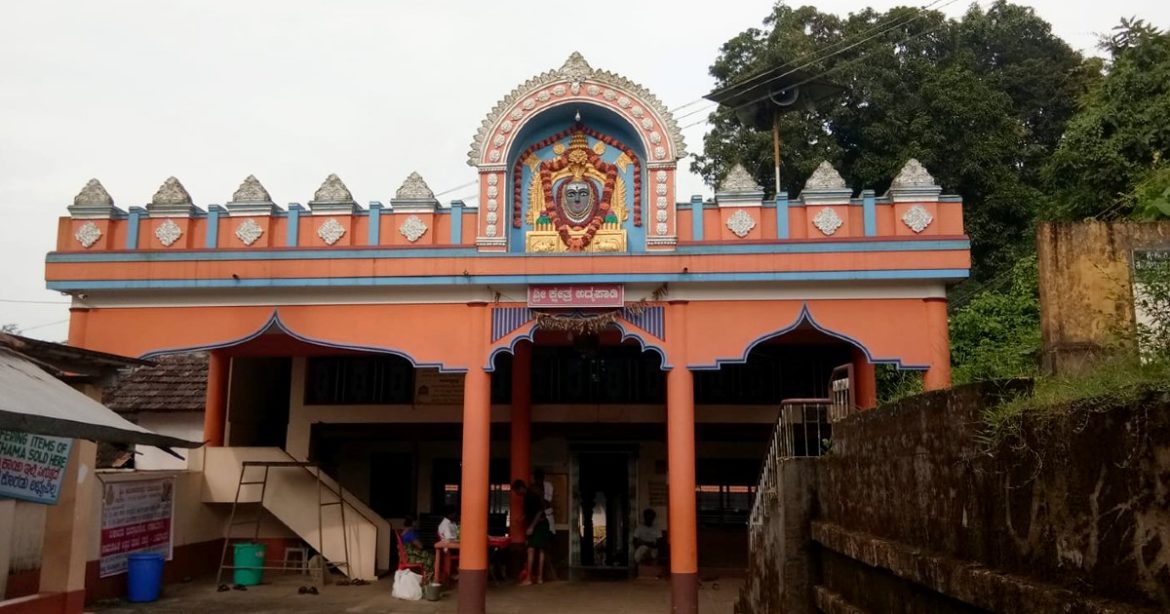 At first glance, Shri Adhinatheshwara Temple of Adyapadi looks like just any other beautiful temple. But the queue of hundred devotees lined up outside with a prayer on their lips, tells another story. Nestled 12 km from the coastal city of Mangalore in Karanataka, Shri Adhinatheshwara Temple has a rich historical and spiritual background. The prasad and sandalwood paste of this Lord Shiva temple is known to cure devotees from breathing issues like asthma and other allergic diseases. Infact, this temple became known as ‘the asthma temple’ after a queen was first cured of her illness by Lord Adinatheshwara himself, centuries ago.

Shri Adhinatheshwara Temple In Karnataka Has A Pond With Healing Properties

The ancient Shri Adinatheshwara Temple in Adyapadi, Mangalore instantly welcomes you. A crystal clear pond called Mathsya Teertha flows steadily from the surrounding hills and fills the environment with a gentle, peaceful aura. The waters are known to possess healing qualities. The historical and spiritual abode houses the deity Lord Shiva here. The temple has a sanctum sanctorum and three smaller temples of Lord Ganesha and Shri Daivagalu. 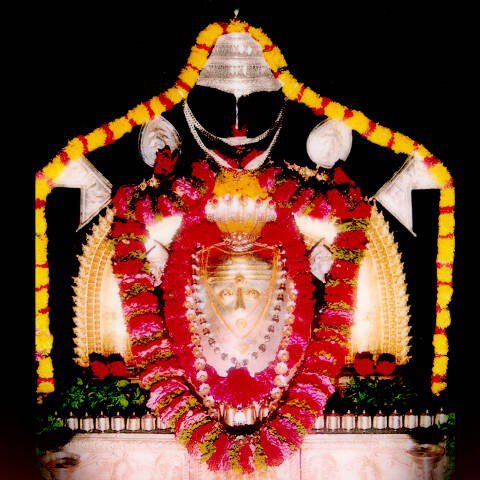 The fourth corner of the temple has a small statue of Adi Maye. She is believed to be the first person to witness God here. A pond situated near the statue of Adi Maye is off-limits to visitors. Only temple priests use the water to ensure the purity of the well and water. 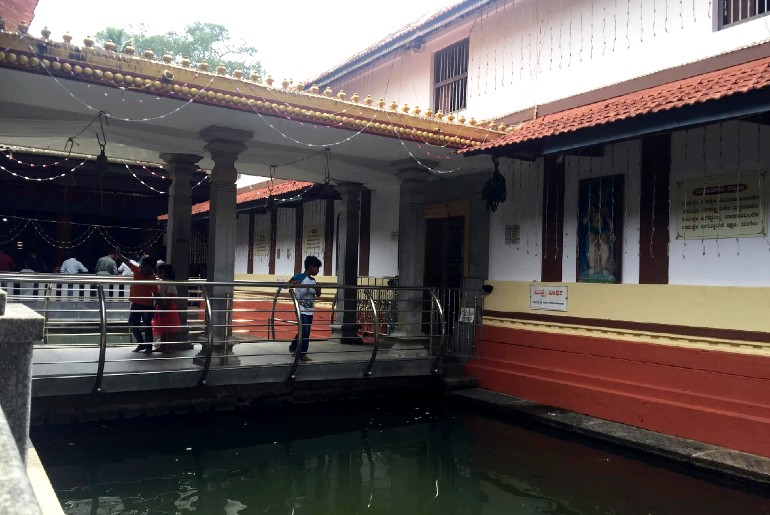 A Queen Suffering From Asthma Was Cured By Lord Adinatheshwara

An interesting myth lies close to the hearts of devotees and believers who throng to the temple to find a cure for asthma and breathing issues. According to the legend, during the reign of Chouta rulers, the Queen suffered from asthma. Palace doctors and experts gave her all the medical attention to rid her of her pain. Alas, there was no improvement in her health. Heartbroken due to her sickness, the queen devoutly prayed to Lord Adinatheshwara. 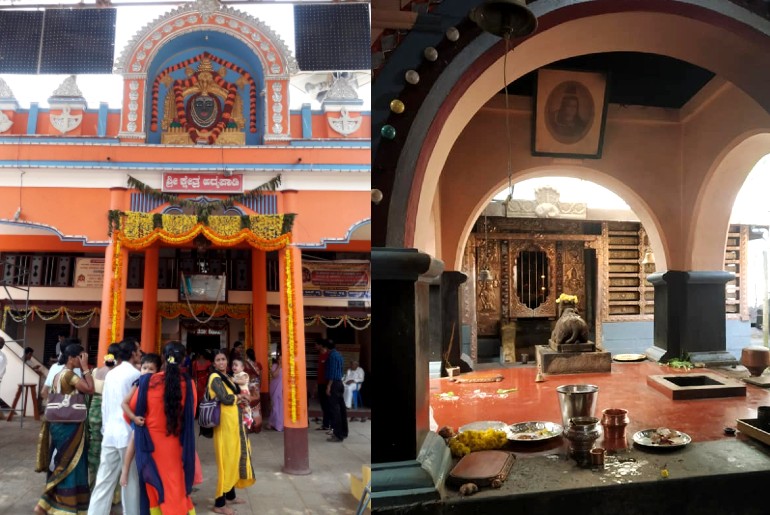 Pleased by her devotion, the Lord appeared in her dreams. And told her to ask for holy water and prasada of the temple as a cure for her illness. The queen did exactly as she was relayed to by the Lord, and she was cured. As a token of heartfelt gratitude, she offered her necklace to Lord Adinatheshwara of the temple. To date, devotees head to the temple to obtain the prasada, medicated holy water and sandalwood paste blessed by the Lord himself. 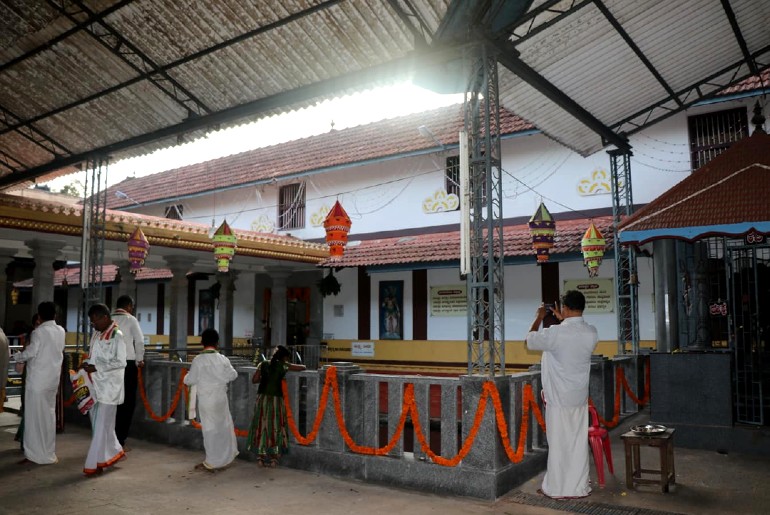 Also Read: This Kerala Temple Is Dedicated To Mahabharata’s Most Hated Character Duryodhana

The Temple Has A Pristine Environment

Chanting the name “Shri Adhinatheshwara Namaha”, hundreds of devotees visit this holy abode for divine intervention. The chirping of birds, natural rock shelter, stunning fields and gushing Phalguni river has a calming effect on the mind and soul. This location is known as “moolasthana”, due to the influence of Jains, who presided her for many years. It’s situated atop a hill, hugged by a lush green forest. To embrace the serene environment one-on-one, a small meditation site has been built recently. Bangalore also has its fair share of exquisite temples that you must visit. 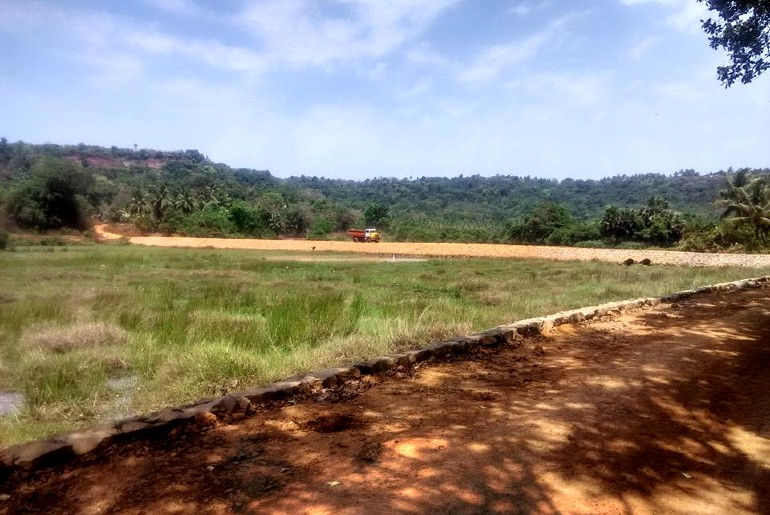 The pollution-free environment, spiritual aura and divinity of  Shri Adinatheshwara Temple is known far and wide in Karnataka. Curing hundreds of devotees of their asthma, breathing issues and allergic diseases, this temple has an unspeakable powerful healing aura. And you’d have to see it to believe it.