6 Temples In India That Offer Liquor, Chocolates & Other Unusual Offerings To Its Deities 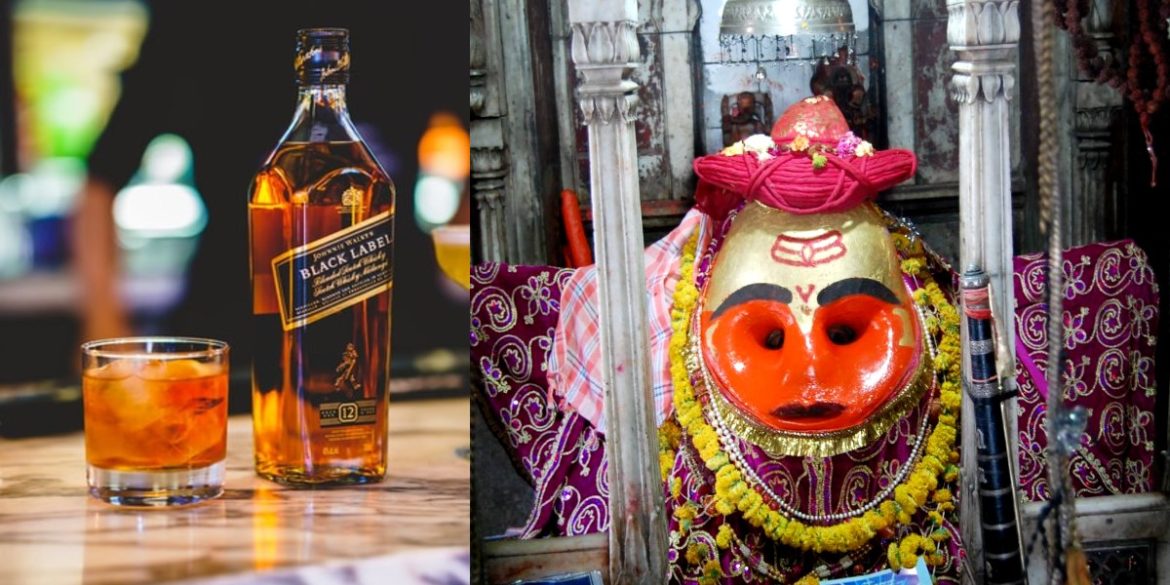 India is the land of temples. Each temple has its own unique story, history and a very powerful deity. Every deity has it’s own favourite food and loved flower. Lord Krishna, loves his butter, Goddess Kali is worshipped with red hibiscus and Lord Ganesha adores his laddoos and modaks. Flowers, coconuts and mithai are some of the most common offerings given to deities in most temples in India. But did you know, that some temples in India offer chocolates, liquor and even clocks to its deities? Now that we’ve piqued your curiosity, here are 6 temples in India where offbeat offerings are made to deities due to unconventional beliefs.

Whenever you visit a temple in India, you’d hardly ever find a liquor shop near it. Liquor is prohibited near or inside a place of worship. But that’s not the case At Madhya Pradesh’s Kaal Bhairav temple. Infact, liquor is actually offered to the deity.  There are a number of liquor shops selling both Indian and foreign liquor right outside the temple. So devotees can purchase liquor and give it to the priest. The priest pours a little bit of liquor into a saucer, offers a prayer and then pours the liquor into the idol’s mouth through a slit. The leftover liquor is handed back to the devotees as prasad. The liquor is offered to God as it forms one of the five rituals of tantra. Kaal Bhairav is endowed with mysterious powers to sip alcohol. During the British period, the temple was dug up to find out where the liquid from the idol’s mouth went. But this mystery remains unsolved till date. For devotees, it’s nothing short of a miracle. Also Read: This Temple In Maharashtra Has A Dog Who Shakes Hands & Blesses Devotees

The tradition of offering clocks at Uttar Pradesh’s Brahma Baba Temple goes back 30 years. Local legends state that a man visited the temple with a wish to become a driver. When the Lord granted his wish, he returned back and made an offering of a clock. Since then, devotees follow a tradition where every time their wish gets fulfilled they make an offering of a clock and place it by the branches of the temple tree. This temple is fondly called Ghariwale Baba temple. Every day hundreds of devotees queue up in front of the temple with wall clocks in their hands. Interestingly, this temple has neither a priest nor security personnel to take care of it. 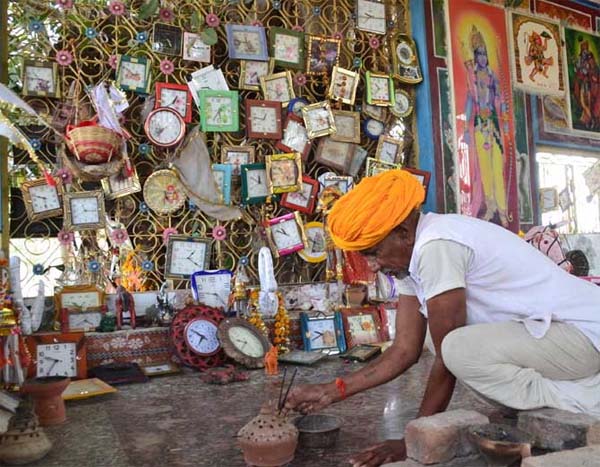 Also Read: 5 Women’s-Only Temples In India Where Men Are Not Allowed

Chocolates, if you thought you were the only one who can’t resist it, then Lord Balamurugan( Baby Murugan) is here to give you company. Chemmoth Sree Subramaniya Swami Temple in Kerala offers its deity Munch chocolates. It’s quite fascinating to think how a 300-year-old deity is wooed by this modern chocolate. Well, around 16 years ago, a Muslim boy staying nearby, visited the temple. He rang the temple bell constantly and got scolded for doing so.  The boy fell very sick the next day. And he kept chanting Lord Murugan’s name. The next morning, his parents brought him to the temple. And the priest told him to offer fruits or flowers to the deity. The little boy refused and offered the deity a Munch chocolate. Lord Murugan’s heart melted and the boy was miraculously cured of his disease. Since then devotees offer boxes of Munch chocolates to the deity and even adorn him with Munch chocolate garlands. So much so, that this temple is now known as Munch Murugan Temple. 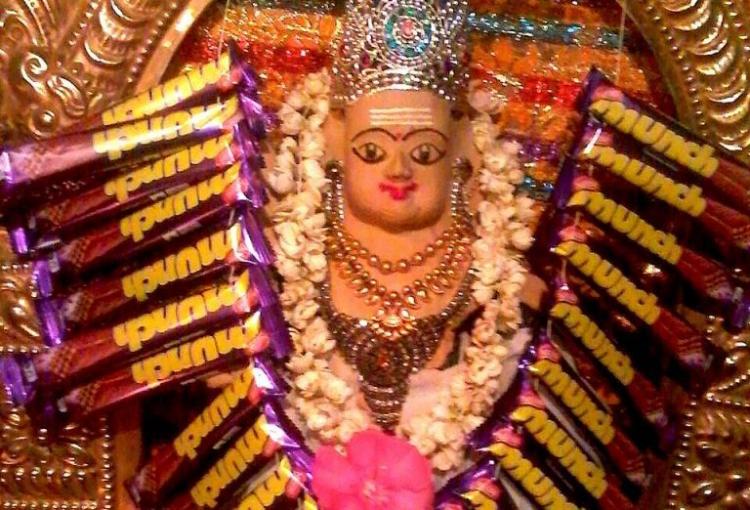 Also Read: Karnataka Has A Magnificent 700-Year-Old Temple That Was Once Submerged Underwater

In Kolkata’s Tangra locality lies Chinatown. And in Chinatown, there’s a unique ‘Chinese Kali temple’. From the outside, it looks like a regular Kali Temple. But when you step in you can get the whiff of noodles, chopsuey, fried rice, manchurian and other Chinese delicacies. It’s not your imagination. Infact these are Chinese food offerings made to Goddess Kali at this temple. The Goddess is worshipped by Chinese inhabitants of Kolkata’s Chinatown. That’s not all, the temple also follows a range of Chinese traditions and customs. After a 10-year-old sick Chinese boy got cured after lying down in the temple area, this site became divine for all communities, who gather together to pray to Goddess Kali especially during Kali Puja.

Azhagar Kovil or Azhagar Temple in Madurai, Tamil Nadu is a temple dedicated to Lord Vishnu. The deity is offered dosas or dosai here which is specially prepared in a kitchen in the temple premises. Devotees bring in ingredients like white rice and black urad dal used to cook these distinct dosas that you’d not find anywhere in India. Once the dosas are prepared they are offered to the deity and then distributed among devotees as prasad. The dosas have a delicious taste thanks to the water used from the spring, Noopura Gangai to prepare it. 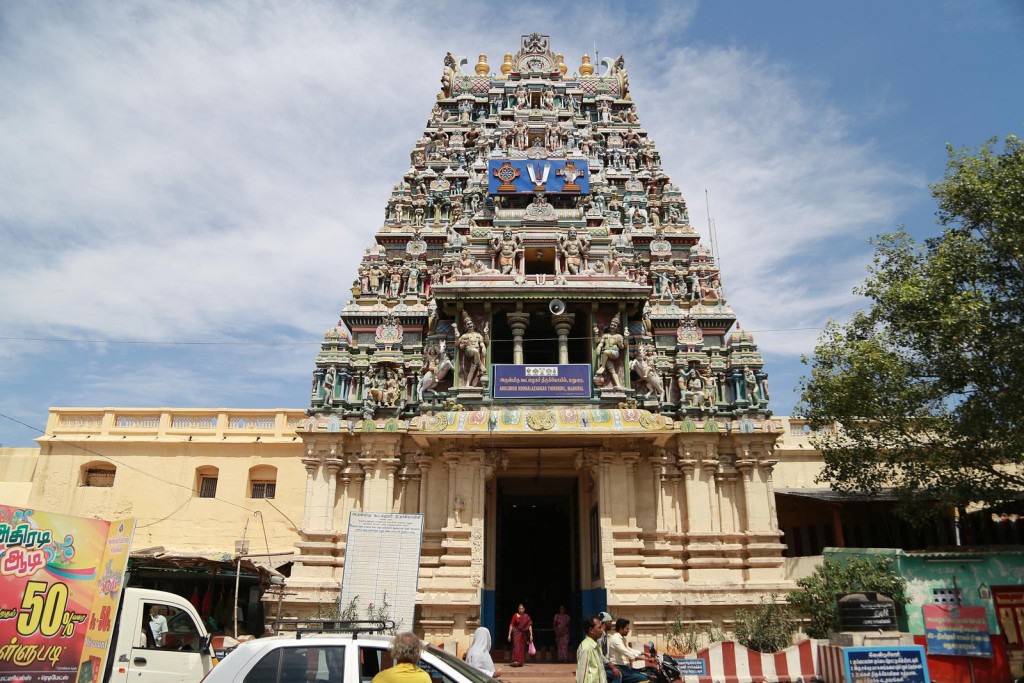 Kerala is always known to have the highest literacy rate in India. So it isn’t surprising that Kerala practices what it preaches, in every way. At Kerala’s Mahadeva Temple situated in the campus of National Heritage Centre (NHC), devotees give and are given CDs, DVDs and textbooks as prasad. The temple authorities believe that knowledge is God’s best gift. And devotees must be blessed with more knowledge. So, knowledge is distributed through textbooks and writing material here. Devotees who visit this temple to worship Lord Mahadeva, also believe that they find peace and awareness on different subjects thanks to the unusual offerings accepted here. 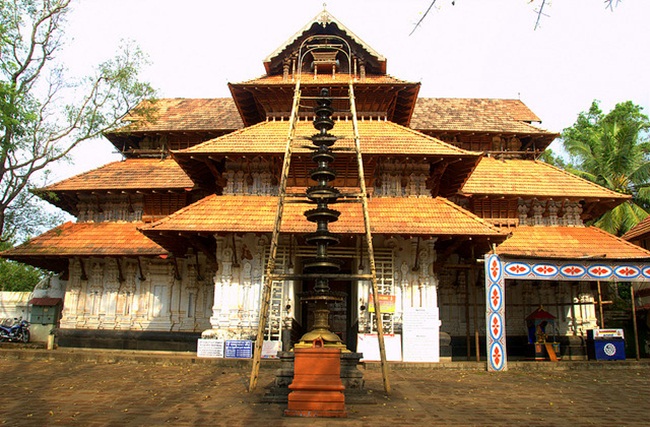 So travel enthusiasts, these are some unique temples in India that accept unusual offerings. From liquor, Munch chocolates to DVDs and textbooks, visit these temples with your offerings and may your wishes come true.