5 Women’s-Only Temples In India…
UAE Hotel Occupancy Soars To…
Activities For Kids In Dubai:…
Omicron Restrictions: Here Are The…

Visiting a temple or any religious shrine for that matter is truly a source of peace and calm. The intricate architecture, the divine shrine, the aromatic prasad and the reverberating rituals leave one with a full heart. And for women, there are many temples in India, that exclusively welcome you where men aren’t allowed. The customs and traditions forbid the entry of men and instead give women a lovely welcome to worship the deity and take part in the puja proceedings. So here are 5 women’s-only temples in India, where men aren’t allowed.

The Kumari Amman temple nestled in Kanyakumari has Maa Bhagawati Durga in its sanctum sanctorum. The temple permits celibate men or sanyasis to only enter till the gate of the temple. Married men are however prohibited from even entering the premises. This temple is believed to the place where Mata Parvati did penance to gain Lord Shiva as her husband. Only women visit this temple of Kanyakumari Kanya (virgin). 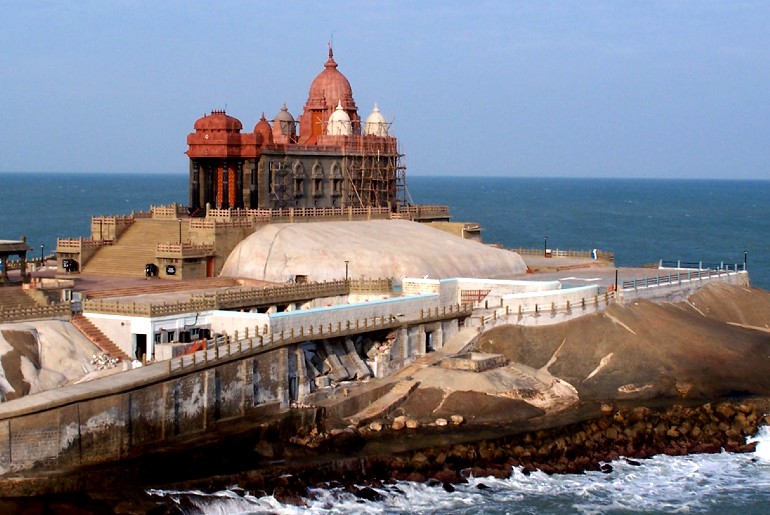 Mata Temple in Muzaffarpur, Bihar only permits women during the time of “periods”. The temple follows its rules so strictly that even male priests don’t enter the temple premises during that time. The temple turns into a women-only as the goddess is believed to be menstruating then. If you found this temple unique, then Jodhpur also houses the unique Bullet Baba Temple where devotees worship a bike.

Kerala’s Attukal Bhagavathy Temple is one such temple in the country which prides itself to be a women dominant temple. The temple’s Pongala festival, participated by millions of women even made it to the Guinness Book of World Records. This festival is regarded as the largest gathering of women for any religious activity. Pongala is a 10-day festival which falls between February and March. Here, women offer bangles to the goddess or devi. 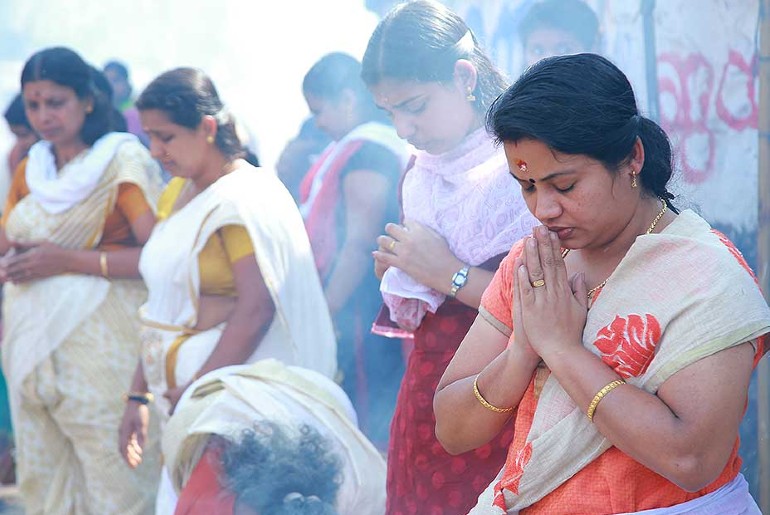 Rajasthan‘s Brahmaji temple is one of the most significant temples of Lord Brahma. Here, married men aren’t allowed to enter this 14th-century temple. According to the religious texts, Lord Brahma performed a yagna at the Pushkar Lake. He had to perform this with this wife Goddess Saraswati. But since Goddess Saraswati was late for the event he married Goddess Gayatri and completed the ritual. The infuriated Goddess Saraswati cursed the temple. She cursed that no married man is allowed to enter the inner sanctum, otherwise, trouble shall arise in his marital life. 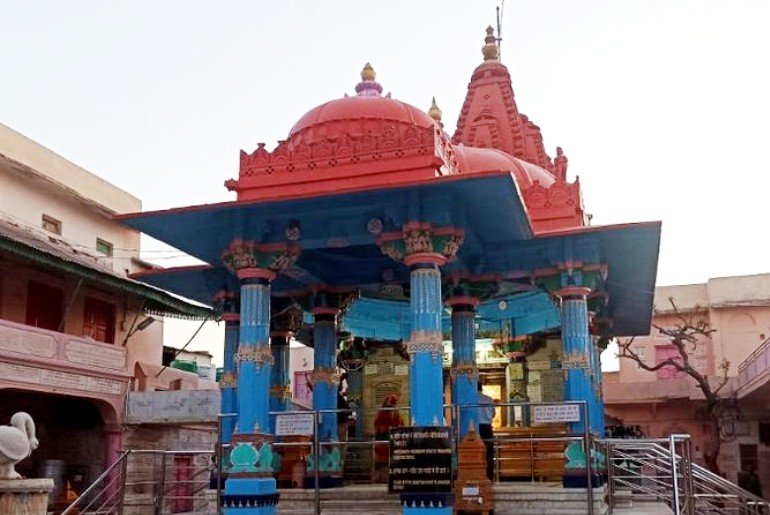 Just like the famous Kamakhya temple of Guwahati, the Kamakhya Peetham in Visakhapatnam also denies the entry of men for some days every month. The temple bars men from entering for four to five days to observe the privacy of women during their period of menstruation. It’s definitely one of the most unusual yet holy temples in India.