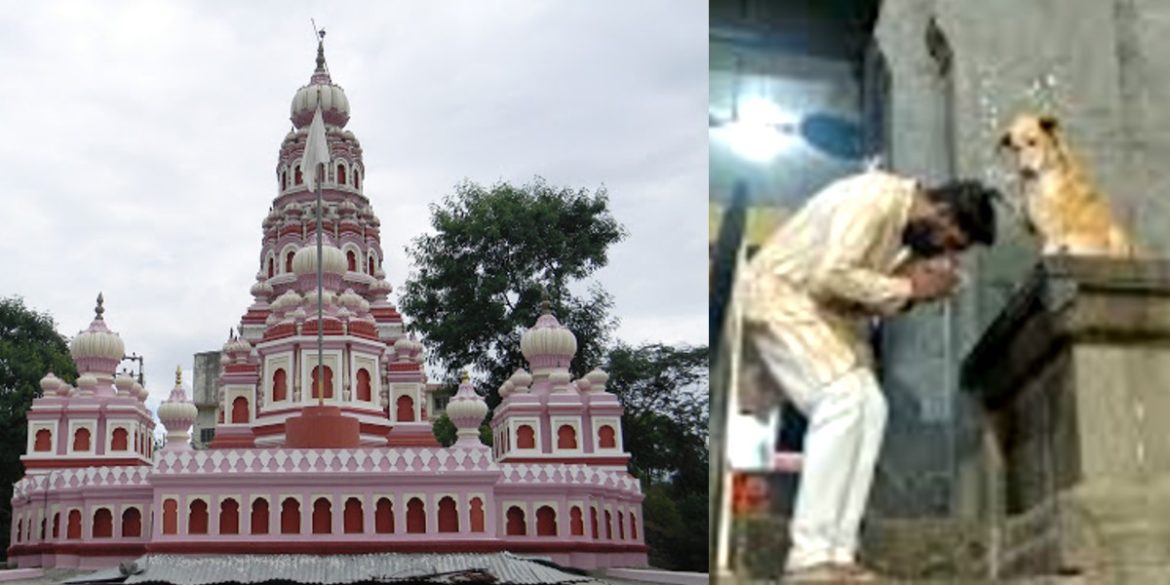 Various religions consider it auspicious when animals visit places of worship. From monkeys exploring the vicinity to even a crocodile entering a temple in Kerala, it’s believed to be a blessing to witness animals in spiritual hubs. Well, devotees of the Siddhivinayak Temple in Ahmednagar would surely agree with this. This Maharashtra temple has a special dog who shakes hands with devotees and even blesses them by putting its paw on their heads. Read on to know more.

Siddhivinayak Temple In Maharashtra Has A Dog That Blesses & Greets Devotees

Dogs are one of the gentlest, kindest, intuitive and loyal creatures on earth. Infact in the Hindu epic Mahabharata, a dog made its way to heaven due to its unconditional love and companionship. Now, the Siddhivinayak Temple in Maharashtra’s Ahmednagar has a divine reason for creating a storm on social media. A dog graces the exit gate of the temple. It sits in a poised, gentle manner in the same place daily,  waiting for devotees to come out. In a viral video clip captured by Arun Limadia, the stray dog is seen shaking hands with devotees and even blessing them by placing its furry paw on their heads.

In the video, the dog waits for the man to come out of the temple and looks ta him with expectant eyes. The man bends and folds his hands in front of the dog. The animal then raises its paw and places it on the man’s head to bless him. This dog also raises its furry paw to shake hands with devotees who are both amused and touched by the heartwarming gesture. This viral video posted on Facebook on January 9, garnered over 2000 likes. Netizens are surprised to see the friendly and angelic behaviour of this canine. Well, it’s indeed a blessing to visit this temple visited by a dog who sets divine goals. 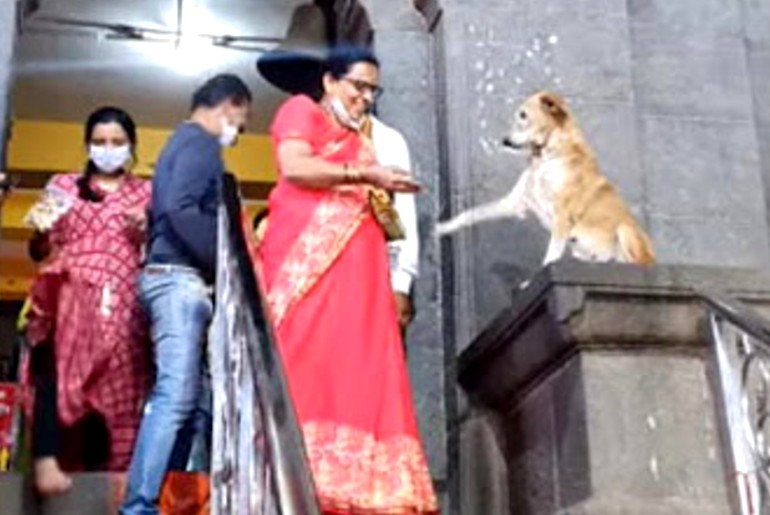 Meanwhile, here are some unusual temples in India that you must visit. This includes the famous rat temple of Karni Mata Temple in Rajasthan. Animal lovers will have a gala time here.