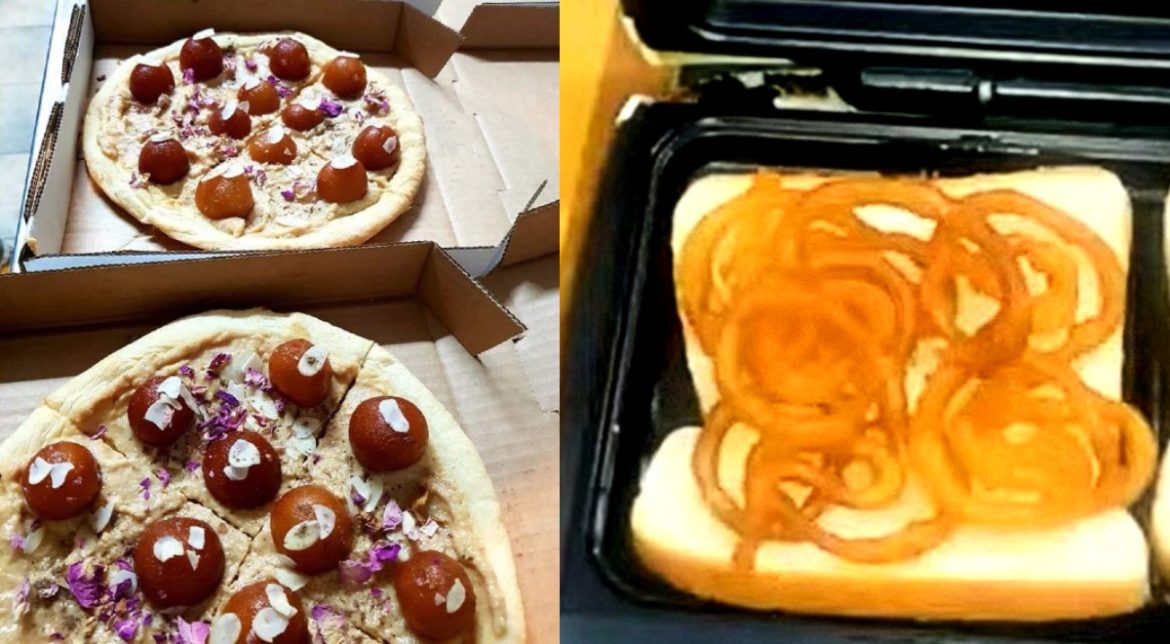 Several weird food trends are taking over the internet leaving foodies utterly aghast. Recently, we came across two combinations that can test the wrath of both dessert and snack lovers. Someone made a thin crust pizza, topping it with twelve desi gulab jamuns. Popular Youtube channel Slayy Point says that whoever made the dish must be ‘under arrest for this gruesome crime.” If you’re already irked enough, one more preparation might add fuel to the fire, and that’s jalebi sandwich topped with butter, guys. Pardon us, but we had to tell this to y’all!

The picture of the gulab jamun pizza was once posted on Twitter that grabbed hilarious comments from the netizens. One user had written, “Even my sweeter than sweet teeth cannot convince me to try this.” Another wrote, “The world better end soon if this is happening.” Yet another commented, “This crime against humanity needs to be tried under the Geneva convention.” One called the preparation a ‘nightmare’ and another called it ‘blasphemy.’ On the contrary, a Video Of Gulab Jamuns Injected With Old Monk Had Made The Internet Happy High.

The world better end soon if this is happening. https://t.co/1PAY82fyJu pic.twitter.com/a3PHpGfO9H

In one of the videos, we see a lady topping slices of milk bread put inside a sandwich maker with many jalebis. In the video, the lady says “Purey bread mein mithaas ayega ” ( The whole bread will become sweet). Replying to her, Slayy Point’s Abhyudaya says, “Aur purey body mein diabetes ayega” ( The entire body will get diabetes). Over the jalebis, the lady places more slices of bread and then smears the bread slices with butter. We wonder if this jalebi sandwich can be an answer to uncontrolled sugar rushes. 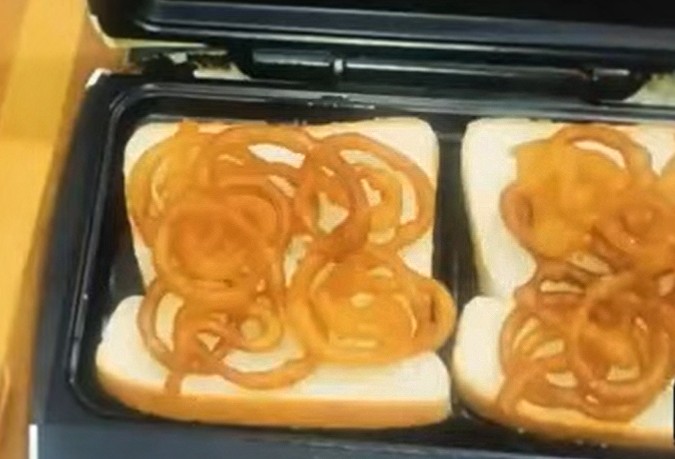 What are your thoughts on these recipes? Let us know in the comments section below.